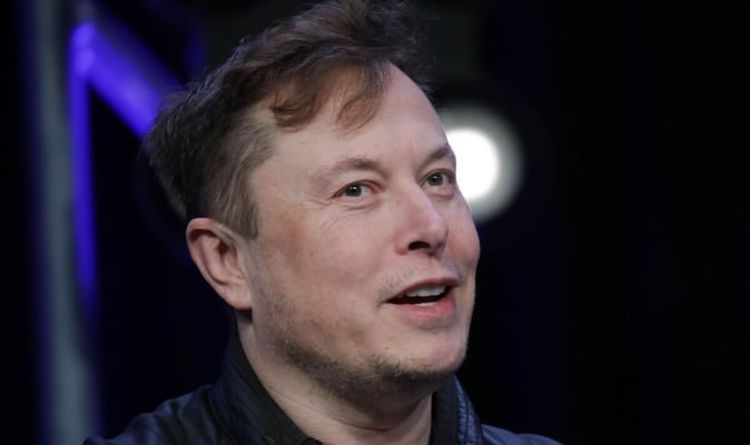 The billionaire owner of satellite firm Starlink has reportedly reached an agreement with British firm Arqiva, the Daily Telegraph reports. Starlink has an ambitious plan to provide internet and broadband services, using the power of satellites, to connect the hardest to reach places around the world.

Starlink will reportedly team-up with the Crawley-based firm and use its ground network stations in order to boost connections around the UK, according to an insider.

Mr Musk’s aerospace firm SpaceX has launched more than 1,000 satellites into orbit in order to beam high-speed broadband back down to Earth.

The firm aims to eradicate connectivity issues in rural areas by placing satellites 60-times closer to Earth than the ones currently in operation.

Homes would be equipped with a satellite dish and the new location of the satellite in space is set to remove high latency issues – a main cause of poor connectivity.

Starlink was granted a licence by regulators to operate in the UK at the end of 2020.

Trials have already began in rural areas of Devon and Cornwall – with an expansion across the UK set to take place in the autumn and winter.

Arqiva already has ground stations across sites in Buckinghamshire, Bedfordshire, Suffolk and Hampshire.

Starlink is currently able to provide modest broadband speeds of between 50 Mbps (megabits per second) and 150 Mbps, but those are expected to double to 300 Mbps later this year.

The firm currently has 1,200 satellites in space to power its network, but plans are in place to increase this figure beyond 40,000.

“But there are some challenges, so we are announcing subsidised gigabit broadband for some areas and in the very, very remote areas where even that won’t work we are looking at more innovative solutions – like satellite technology.”

The Department for Culture, Media and Sport, announced up to 510,000 homes and businesses in Cambridgeshire, Cornwall, Cumbria, Dorset, Durham, Essex, Northumberland, South Tyneside and Tees Valley, will be the first to benefit from Project Gigabit.

In June, 640,000 premises in Norfolk, Shropshire, Suffolk, Worcestershire, Hampshire and the Isle of Wight, are expected to have their broadband upgraded.

Mr Dowden said: “Project Gigabit is our national mission to plug in and power up every corner of the UK and get us gigafit for the future.

“We have already made rapid progress, with almost 40 percent of homes and businesses now able to access next-generation gigabit speeds, compared to just nine percent in 2019.

“Now we are setting out our plans to invest £5billion in remote and rural areas so that no one is left behind by the connectivity revolution.”

Prime Minister Boris Johnson added: “Project Gigabit is the rocket boost that we need to get lightning-fast broadband to all areas of the country.

“This broadband revolution will fire up people’s businesses and homes, and the vital public services that we all rely on, so we can continue to level up and build back better from this pandemic.”