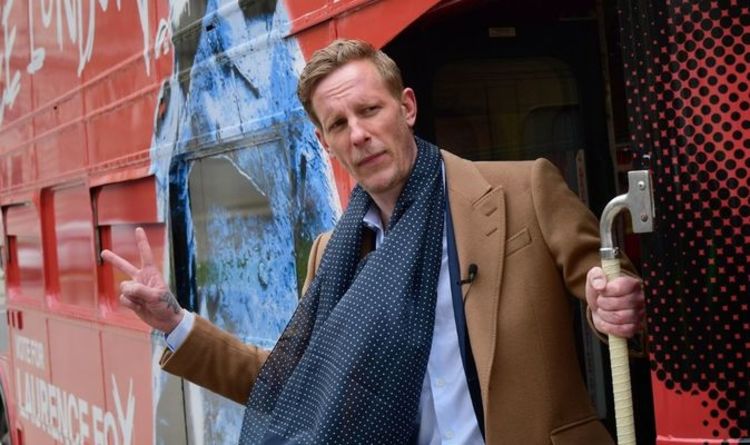 The former actor and founder of the Reclaim Party, is being sued by Stonewall trustee Simon Blake, Coronation Street actress Nicola Thorp and drag artist Crystal over an online spat in October last year. Mr Fox called both Mr Blake and the former RuPaul’s Drag Race contestant, whose real name is Colin Munro Seymour, “paedophiles”, in an exchange about Sainsbury’s decision to celebrate Black History Month. He used the same label against Ms Thorp in a different thread on the social media platform.

Following a speech to unveil his party’s manifesto, the Lewis actor claimed he was unaware of the defamation case, which was filed at the High Court on April 1.

Mr Fox also vowed to defund any schools or institutions “that seek to undermine our shared culture through critical social justice or critical race theory”.

When asked about the defamation case, Mr Fox said: “I must check my emails, I’m not aware of that.”

He added: “People can call me whatever they want.”

When told it was he who had allegedly called the three claimants paedophiles, he replied: “I was called a racist.”