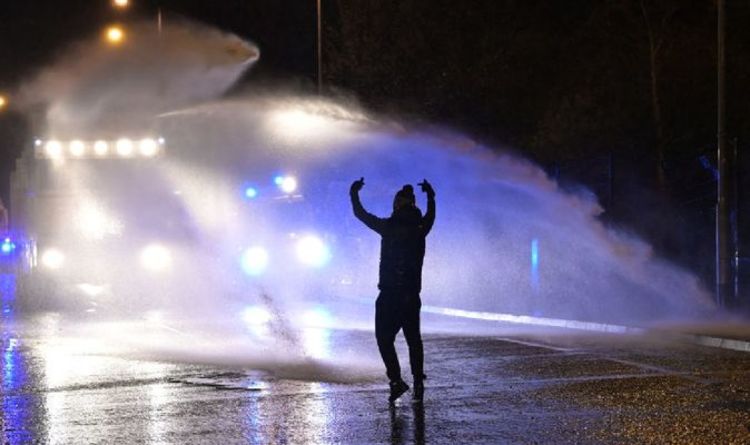 The violence flared up on the nationalist Springfield Road in west Belfast.

The PSNI say they are dealing with an ongoing incident and have advised the public to avoid the area.

In a tweet, she wrote: “More attacks on police, this time from nationalist youths.

“My heart goes out to those living in the area who are living with this fear and disturbance.

“This needs to stop now before lives are lost.”

It is the first time in six years that the security authorities have had to resort to the device to control crowds.

Earlier in the evening, there were reports that the PSNI had warned rioters that they would fire plastic bullets.

Six were fired during the unrest on Wednesday night.

At UNSC, India warns of Syrian chemical weapons falling into the...