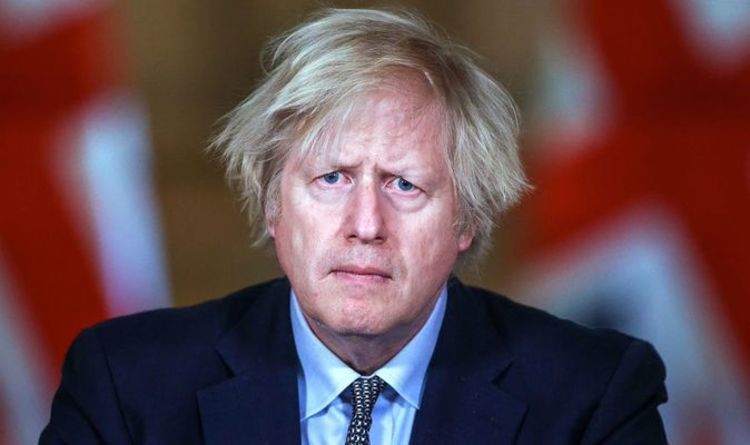 A bus was hijacked and set alight after petrol bombs were thrown at the vehicle on Wednesday evening, the Police Service of Northern Ireland (PSNI) said. The incident occurred at the junction of Lanark Way and Shankill Road in West Belfast, a peace line street which separates loyalist and nationalist areas.

In a tweet, Mr Johnson said: “I am deeply concerned by the scenes of violence in Northern Ireland, especially attacks on PSNI who are protecting the public and businesses, attacks on a bus driver and the assault of a journalist.

The Northern Ireland Executive is meeting at 10am on Thursday morning to be briefed on the ongoing situation.

Deputy First Minister Michelle O’Neill said on Twitter: “The Executive will meet tomorrow morning to be briefed on the violence and street disorder which is causing huge distress in local communities at this time.

“Those involved in violence, criminal damage, manipulation of our young people and attacks on the police must stop.”

The Prime Minister’s comments come after several nights of unrest over a number of highly contested issues such as the Northern Ireland Protocol on Brexit, among others.

Rocks were hurled at police and a press photographer was assaulted while working nearby.

Footage released on social media showed petrol bombs being thrown from both sides of the peace line gates on Lanark Way.

Later on Wednesday night, the gates were opened leading to encounters between loyalists and nationalists.

According to reports, a police vehicle tried to ram the gates closed again.

‘Sharp decline’ in COVID cases among L.A. firefighters after vaccinations