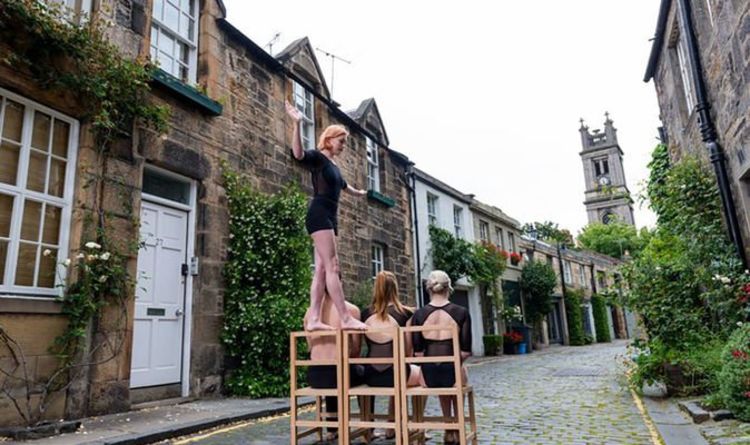 The angry couple, who live in a picturesque Georgian townhouse, have even been verbally abused on their own doorstep, Edinburgh Live reports.

They live on Circus Lane, a pretty street in Stockbridge, Edinburgh. However, people regularly flock to this road to take snaps for social media.

Now the couple, who don’t want to be named, are considering going back to their home in Poland with their seven-month-old baby.

They even called the police on Friday after one shoot was “borderline pornographic”.

The dad said: “On Friday [March 19] a couple were doing some sort of shoot that was borderline pornographic and when I told them to go away because I had to go to work and my wife didn’t feel comfortable with this going on her doorstep I got called a c*** and my wife a uptight b****.”

Some people have turned up with lighting, music and professional photographers.

“I have no problem with people taking photos of the house, but several different people have come here with lighting and a photographer, changes of clothes and a soundtrack for themselves to pose to, they block my door and take photos as if they’re walking out of my house, they play loud music and wake up my children.

“It’s gotten to the point where we are considering selling the home and going back to Poland, where my wife is from and where I lived for seven years, which is so sad because this is a beautiful home that has been in my family for over a century, but this is not a way to live.”

Hundreds of photos from Circus Lane in Stockbridge are posted on Instagram each month, with people posing with their pets and even doing yoga poses.

And a barman who works at the pub nearby said people often used his pub loos for costume changes, presumably so they could show off all their outfits.

Jason Grierson said: “One customer came in after taking a photo on the street and uploading it to Instagram.

“They sat down and within minutes they had received a message saying the photo had been licensed. Just like that. It must have spread so fast.”

Young dad gave robbers keys to his car – then they...