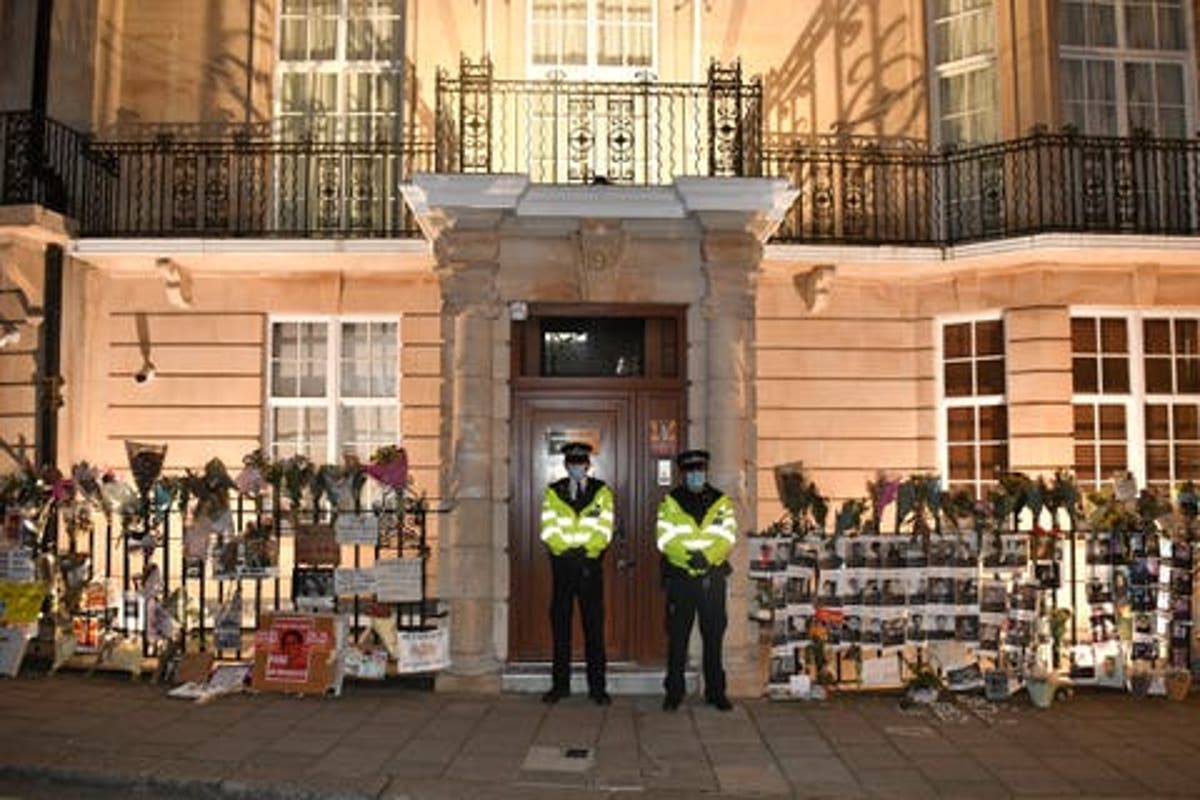 Kyaw Zwar Minn has been barred by his deputy after speaking out over the military coup which has triggered deadly clashes between the authorities and protesters.

He has been blocked from entering the building in Mayfair after a plot orchestrated with a military attache, sources said.

The ambassador said: “I’ve been locked out … It’s a kind of coup, in the middle of London… you can see that they occupy my building.”

He said he was talking to the UK Foreign Office about the development.

Mr Zwar Minn spoke to protesters gathered at the embassy and told them: “This is my building, I need to go inside. That’s why I’m waiting here.”

His deputy, Chit Win, has locked him out him and taken charge of the embassy as the regime turned on its ambassador for speaking out against changes it has imposed.

Last month the ambassador had called for the release of Ms Suu Kyi and ousted President Win Myint.

The Metropolitan Police said they were attending the scene of a protest outside the embassy and that public order officers were on patrol. No arrests have been made.

The army ousted Myanmar’s elected government on 1 February, claiming there had been voter fraud in last year’s election.

The independent election commission said there was no evidence to back that up and many people are now regularly being killed at protests over the power grab.

Senior General Min Aung Hlaing, leader of the coup, claims the pro-democracy demonstrators are trying to “destroy” the country

She has now also been charged under a far more serious official secrets law.

It is estimated that a security force crackdown has claimed the lives of up to 536 people.

There have also been clashes between Myanmar’s military regime and ethnic rebel groups on the country’s border.

A UN special envoy has said that has raised the “possibility of civil war at an unprecedented scale”.

Mendy starts, Ziyech on bench – The team Frank Lampard should...