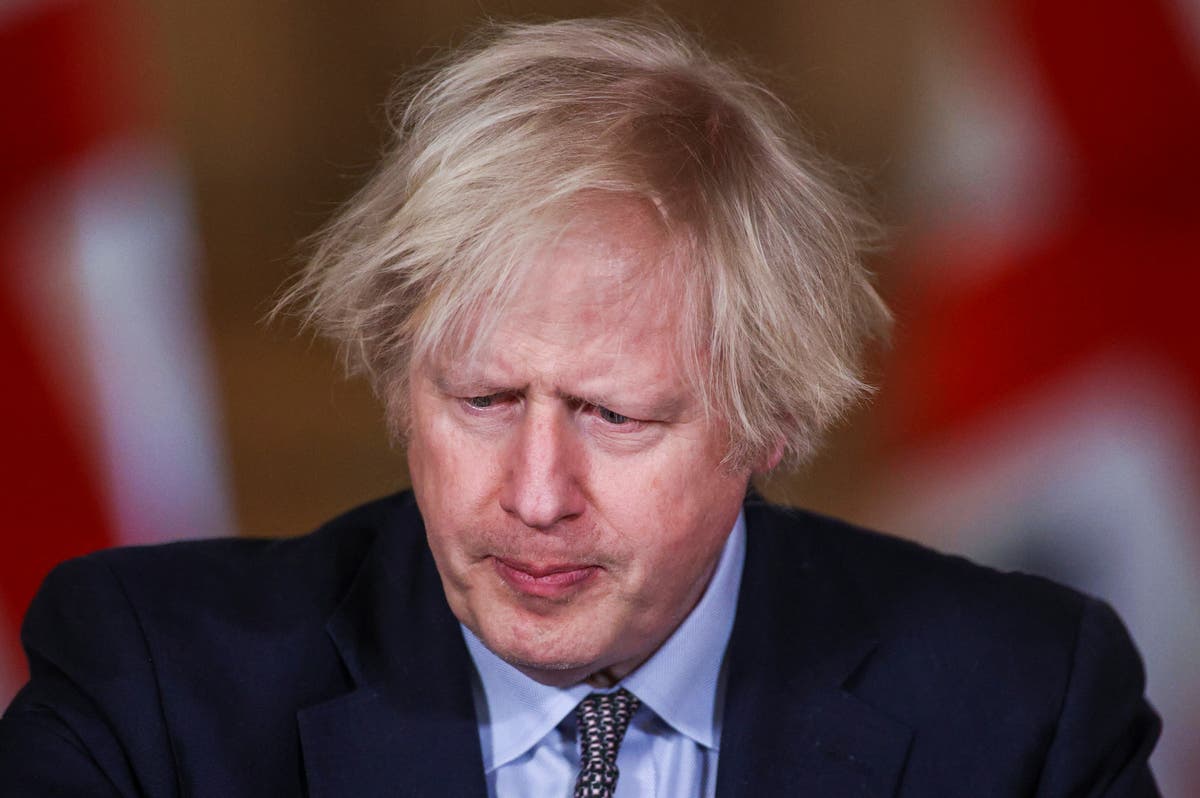 oris Johnson is set to be grilled by senior MPs over his handling of the pandemic as he admitted the events of the past year would live with him for the rest of his life.

The Prime Minister will spend Wednesday afternoon in front of the Liaison Committee, made up of Commons select committee chairs, in which he will be asked about his response to coronavirus after the UK marked the anniversary of the first national lockdown.

The session will take place after Mr Johnson’s weekly sparring with Labour leader Sir Keir Starmer at Prime Minister’s Questions in the House of Commons.

Mr Johnson, conceding that there were “many things that we wish we’d done differently” at the outset of the pandemic, said the past 12 months had been a “distressing period”.

He told a Downing Street press conference: “I certainly think that this is something that we will all remember and be dealing with in different ways, certainly in my case, for as long as I live.

“It’s been an extraordinary moment in our history, a deeply difficult and distressing period.”

Labour’s shadow health secretary Jonathan Ashworth said there had been a “litany of errors” from Mr Johnson during the crisis and that “lessons must be learnt”.

The comments came after a day of mourning on Tuesday for those who had lost their lives during the pandemic.

People across the UK took part in a minute’s silence to remember Covid-19 victims, with MPs and peers in both Houses of Parliament and ministers in the devolved nations marking the anniversary at midday, while NHS and social care workers also joined the pause for reflection.

The Queen reflected on the “grief and loss felt by so many” as she paid tribute to the service of health and care workers in a message to St Bartholomew’s Hospital, where the Duke of Edinburgh had heart surgery.

Mr Johnson confirmed that a “fitting and a permanent memorial” would be built in memory of those who had died.

The Government said a further 112 people had died within 28 days of testing positive for the virus as of Tuesday, bringing the total by that metric to 126,284.

The Prime Minister said the country was “step by step, jab by jab … on the path to reclaiming our freedoms”, with 28.3 million people having received the first dose of a vaccine up to March 22.

After Tuesday’s press briefing, a source confirmed to the PA news agency that Mr Johnson told Tory MPs that capitalism and “greed” had been behind the UK’s vaccine drive success, in comments first reported by The Sun.

However, the Conservative Party leader is understood to have repeatedly asked those at the 1922 Committee meeting of backbenchers to forget he used the term as he praised AstraZeneca for supplying the Oxford vaccine at cost.

Meanwhile, a report in the Telegraph suggested a vaccine rollout for children could start as soon as August.

The Department of Health and Social Care said “no decisions have been made” on whether children should be offered vaccinations.

Currently, only children at very high risk of severe infection are offered a jab, a policy based on Joint Committee on Vaccination and Immunisation (JCVI) advice.

A spokesman for the Department of Health said: ”While clinical trials are underway to test the efficacy and safety of Covid-19 vaccines in children and young adults, these trials have not concluded yet.

“We will be guided by the advice of our experts on these issues including the independent JCVI.”

The vaccination drive has been given renewed emphasis amid warnings of another flurry of coronavirus cases in the summer.

After the Prime Minister said this week that a third wave of cases building in Europe could “wash up on our shores”, Professor Calum Semple, a member of the Government’s Scientific Advisory Group for Emergencies, said even with Britain’s high vaccination rate, “there is a likelihood of a third wave in potentially July and August time, when we do unlock society”.