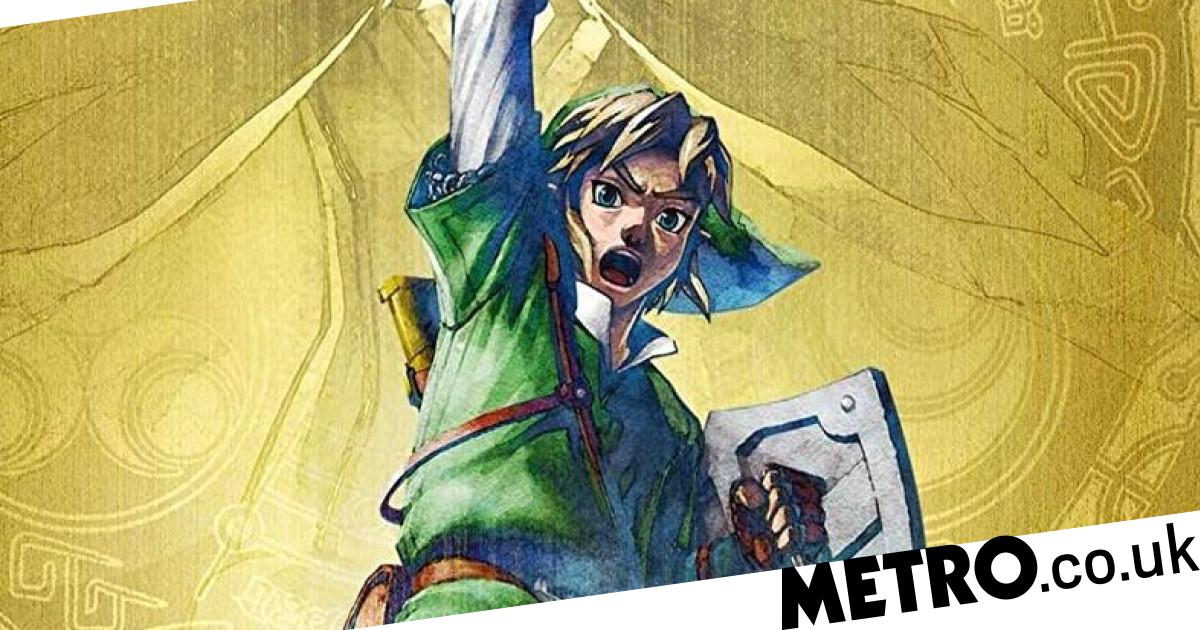 To join in with the discussions yourself email [email protected]

Don’t call me Shirley
So there’s finally going to be a Nintendo Direct, eh? And a proper long one late at night – which always means something important. So what’s the betting it’ll still manage to be 90% Bravely Default 2 and Monster Hunter Rise? I hope not (not that I have anything against those games) but that’s what I’m going to predict so that, as GC says, I’m not too disappointed by the end result.

But really, 50 minutes? That’s got to be time for something good, Shirley? There has to be new games in there and almost certainly proper first party Nintendo ones. I imagine it’ll be some minor franchises though, something equivalent to Paper Mario: The Origami King from last year. Maybe this will be the F-Zero or Star Fox comeback fans have been waiting for? Or Wave Race or something even more obscure?

Something for the Zelda 35th anniversary seems a sure bet to me too. Nintendo often release something the day of a Direct and I wouldn’t be surprised to see some kind of remaster collection come out today or Sunday. They were probably planning to do more, maybe Breath Of The Wild 2 itself, but even with the pandemic they’ve surely got to acknowledge it in some way.

Whatever happens, I’ll be stay up late to watch!
Entre
PS: As for the Smash Bros. DLC, I’m still pulling for Doomguy. Although I think that’s very unlikely now they’ve missed the tie-in to Doom Eternal.

Best laid plans
It’s a shame that Capcom’s plans for Resident Evil’s 25th anniversary have clearly been shattered by the pandemic as given all the projects that are floating around at the moment they were clearly planning to go large on it all. You could even count the two remakes as part of the same thing.

Nobody’s fault though and I’m hoping that this Resident Evil Outrage rumour is true as I really liked the originals and it’ll be good to see the Switch get a piece of the action, given it obviously can’t run Village.

I agree that not many people are champing at the bit for a Resident Evil 5 remake but for me that game is still enjoyable for the co-op and I’m assuming that Outrage will be co-op too. Although I guess the reason it’s not called Revelations 3 could be because they’ve taken it out. I hope not though, it worked great in Revelations 2 which is sorely underappreciated, I think because it was released episodically when it first came out.
Lonesharpe

You get what you pay for
Can’t believe that VR gaming hasn’t caught on. It is utterly fantastic! Total immersion in a sense of time and place.

The broken Venetian blinds, lampshade, and neck may be a story some can relate to though.

Still going to carry on though because I’ve never been so in love with gaming as I am right now. Wish me luck, off to my Feisar AG ship. After that, my X-wing. Let’s go get ‘em! Tally-ho!
D Dubya

GC: It’s almost entirely a matter of pricing, rather than people not liking it.

E-mail your comments to: [email protected]

The invisible knight
So after all those years of waiting for a new Batman game am I right in saying they still haven’t announced one? Gotham Knights is all about the sidekicks and Suicide Squad is just bad guys? I mean, I can see how you’d get worried about oversaturation if Batman games were coming out every year but that’s the opposite of what’s happened.

I remember when Arkham Knight came out it seemed like DC were schooling Marvel on games and would dominate them just as Marvel dominates them in movies. But that was… it? We’ve had virtually nothing since and the two games that have bene announced seem kind of underwhelming.

I don’t actually care about DC as a whole but I would love to see a next gen Batman game and all the entails, but at this rate that’s going to be years and years before we get one. Oh, well let’s hope the new movie is good, I guess?
Chimpato

GC: Batman might be in one or both games but he’s almost certainly not playable in either.

Free retro
I’ve just noticed that Antstream Arcade, the online retro platform where you can play hundreds of retro games on your PC, Mac, Fire TV Stick, or Android device has gone free to play.

The app works really well and is a treasure trove of retro games from a selection of platforms like the ZX Spectrum, C64, Amiga, and arcade games. It’s well worth checking out for a blast of nostalgia.
Cubes (PSN ID/Antstream)/Cubes1 (Twitter)

GC: We’ve actually got a feature on it coming up soon.

Back to normal
I really hope that the Nintendo Direct delivers on some exciting new games and I say that as someone that doesn’t even own a Switch. But we really need to get some new things to be excited about as the release schedules are barren right now and nothing new is getting announced.

We all know why but, and I don’t think this needs repeating, the pandemic sucks. Assuming America, Japan, and Europe are mostly vaccinated by the end of the year what are the chances of things being back to ‘normal’ for 2022?

Presumably we’ve just lost a year’s worth of progress more or less, so probably we won’t catch up again until at least halfway through next year but with maybe a relatively normal Christmas? I certainly hope so because all these delays and rumours instead of just news is getting old.
Gotz

Stop murdering people
The new Tomb Raider will feature a world where Lara has to evade capture for killing more people than [insert a person here that won’t trigger people].

In all seriousness, I agree with the other guy. More puzzling and less room clearing murdering rampages. The game is Tomb Raider, not let’s kill all the faceless grunts on the way to a treasure valuable to no one.
bobwallett

Netflix of gaming
I can understand what Tardigrade means in terms of Microsoft’s new attempt to swallow up the games industry whole, and I certainly agree there’s probably little that can stop them. Definitely not Sony and while I originally thought Amazon and Google would emerge as major rivals the shambles that has been Stadia has convinced me otherwise.

Microsoft has both money and experience, whereas nobody else has both. Their weakness is clear first party games, despite having been in the industry for four generation now they still haven’t really learnt their lessons there and while we may see them finally get the hang of it in the next few years, people are right to say they’re taking a play to win approach.

But whether you consider that cheating or not the fact remains that Games Pass is excellent value for money and it has the potential to change gaming just as much as Netflix has changed television. Admittedly that is potential at the moment – currently it’s little more than a virtual freebie to get you to sign up – but Microsoft will know that’s not a long-term policy.

If Game Pass does become the selling point of Xbox, whether it’s the consoles or streaming, then Microsoft will be obligated to keep it cheap (even if it’s not as cheap) and make it as appealing as possible with a wide range of quality of games. At the end of the day that’s all anyone wants and I’m not prepared to write off Xbox yet.
Dunston

Inbox also-rans
I take it as a personal insult when the golden Tanooki box appears in Super Mario 3D World. I know I’m being particularly rubbish at the level but do Nintendo really need to rub my nose in it?!
John Atkinson

Thanks for the Ys 9: Monstrum Nox review, GC. I imagined you’d feel that way about it but I’ve still enjoyed it, even if it isn’t as good as the last one.
Korbie

This week’s Hot Topic
The subject for this weekend’s Inbox was suggested by reader Austin, who asks what game do you remember thinking would never be beaten in terms of graphics… and now looks laughably outdated.

I can be any game from any era or format, as long as you thought at the time that graphics were never going to get any better (or at least not by much). Was the thought justified and did the game in question prove to be an important milestone in gaming or just one you happened to be impressed by?

Are you still regularly impressed by video game graphics or do you worry that they’ve reached a plateau and are now only slowly improving? What do you think of next gen visuals so far and what’s impressed you the most?

E-mail your comments to: [email protected]