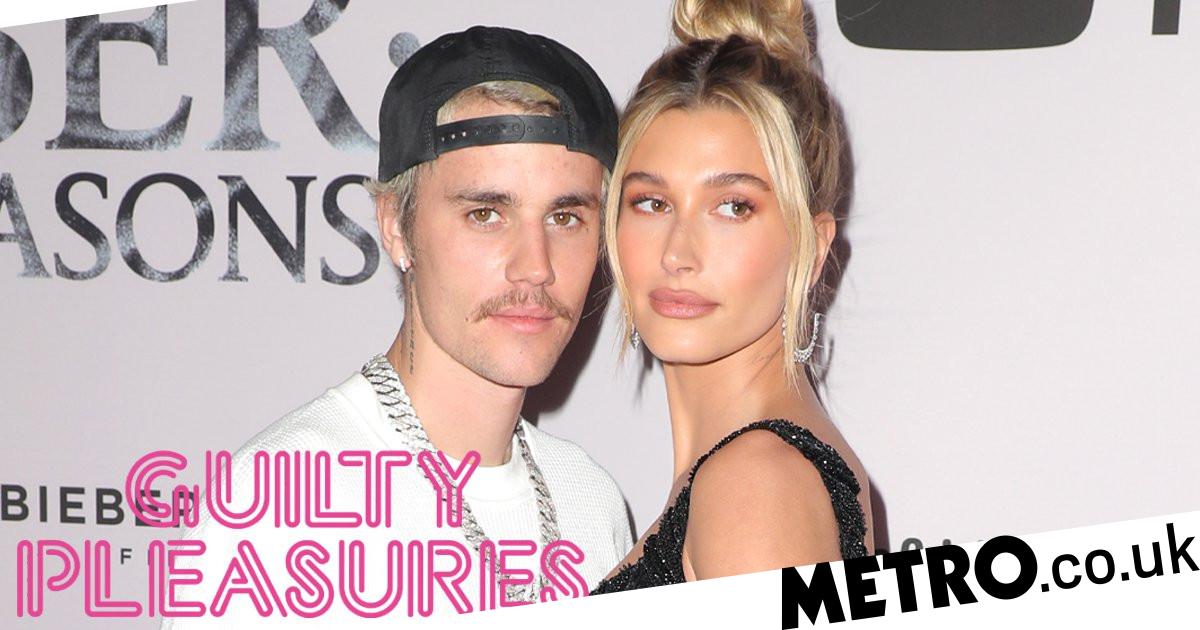 The similarities between Justin Bieber and his wife Hailey know no bounds as she described how they both attend therapy sessions and have fallen victim to Lyme disease.

She also talked about her relationship with God after Justin, 26, calmed his wild ways by turning to religion.

Detailing how her life changed when she married the Monster singer three years ago, model Hailey, 24, said: ‘The way I’ve dealt with a lot of the negative attention is, I’ve talked it through with a therapist.

‘I’m married to someone that’s been dealing with this a lot longer than I have, like the highest level it could possibly be. Being able to share that world with somebody that understands it even better than I do has been so helpful.’

Hailey is a true Belieber in religion. ‘For me, meditation a lot of the time means praying,’ she told the Women’s Health Going For Goal podcast.

‘My beliefs are a very big part of my life. Being able to take all the burdens I feel and being able to release that and pray about it… and to have my own conversation with God is extremely important to me.’

Hailey also slapped down those who think Biebs made up the story that he has Lyme disease to quell rumours that his bad skin was down to using meth.

‘With Lyme disease, it definitely makes you more aware of your health,’ she said. ‘A lot of people don’t believe it’s real, and a lot of people think it’s BS.

‘But I’ve had it before, I’ve dealt with it. My husband has it and deals with it very deeply.’

Listen to the full interview on the Women’s Health Going For Goal podcast, from today.

Me… knit? Purl the other one, says Carey

Carey Mulligan is resisting the trend of learning new skills in lockdown, insisting: ‘I don’t have f***ing time to knit.’

Busy looking after her two kids with singer Marcus Mumford, the Bafta winner did make time to do a photo shoot with Harper’s Bazaar.

Carey, currently to be seen in The Dig on Netflix, explained: ‘I got knitting stuff at the beginning of lockdown and I tried it once, and was like, “I don’t have f***ing time to knit. I can’t do this. I can’t learn anything. I’m just going to keep the children entertained and then go to bed and do it again.”’

The 35-year-old star of An Education hit the headlines last week when she called out Variety over a sexist review.

The magazine apologised after it implied she was not hot enough for her role in the upcoming Promising Young Woman — and that it should have gone to the film’s producer Margot Robbie.

But discussing her character’s sexy outfits, Carey admitted: ‘It makes me feel very self-aware. I like being just an actor. I like just showing up and doing my thing and then leaving them to it.’

She is keen to leave the showbiz element to one side saying: ‘The reality of my life now is that I have two kids under the age of five, and I’m lucky if I can learn my lines and show up.’

The March issue of Harper’s Bazaar is on sale tomorrow.

Jessica Biel signalled her marriage to Justin Timberlake has hit a sweet spot as her hubby turned 40.

Jessica, 38, who gave birth to their second son, Phineas, four months ago, posted a milestone birthday tribute to Trousersnake on Instagram.

She wrote: ‘There’s no one I have more fun with, have more laughs with, feel more deeply for and have more history with. I honor you today, baby. And wish you the most creative and fulfilling year to date.’

The greeting comes a year after JT apologised to his wife for holding hands with Palmer co-star Alisha Wainwright when the cameras stopped rolling.

‘Manson abused me’, claims his ex

Marilyn Manson has been accused by his ex-girlfriend Evan Rachel Wood of ‘brainwashing’ her.

The Westworld star, now 33, dated Manson when she was 18. She posted on Instagram: ‘The name of my abuser is Brian Warner, also known to the world as Marilyn Manson. He started grooming me when I was a teenager and horrifically abused me for years.

‘I was brainwashed and manipulated into submission. I am done living in fear of retaliation, slander, or blackmail.’

Four more women claimed they had suffered abuse from the 52-year-old goth rocker.

It’s A Sin has reopened some ‘unhealed wounds’ over Aids, says one of its stars, Nathaniel J Hall.

The actor, 34, who plays Donald in Channel 4’s hit drama about the HIV/Aids crisis of the ’80s, says it has revived difficult memories.

Nathaniel, who tested positive for HIV aged 16, told Sky News: ‘For lots of gay men who lived through that period, or lots of families who lost loved ones, it’s an unhealed wound. I think it’s reopened that and that’s painful — but it’s been cathartic.’

Celeste will be a-Mused! Her album is winning chart race

Celeste is living up to the hype… she is storming to the top of the charts with her debut album. The 26-year-old won her first Brit last year, when the awards ceremony hailed her as a rising star. Justin helped his wife negotiate the pitfalls of fame.

Now the Official Charts company has announced her record Not Your Muse is 8,000 copies ahead of the competition in this week’s album race. She is holding off fellow debutante Arlo Parks, who has dropped Collapsed In Sunbeams. Meanwhile, Celeste has announced her first tour, kicking off in London in March next year.

■ Alan Carr has revealed why he keeps rejecting offers to compete on Strictly. ‘I say no because I want to be sexy doing the Argentine tango; I don’t want to be a joke,’ the 44-year-old comic told the Radio Times.

■ Could Kardi Spice replace Posh? Emma Bunton wants Kim Kardashian to join the Spice Girls. She said on Heart Radio she ‘nearly spat my tea out’ when she saw a pic of Kim with her hair in pigtails and the caption Baby Spice.

■ Tom Grennan fans will have a chance to join him on stage… virtually. The Found What I’ve Been Looking For singer is doing a live stream gig with InKlick x Metropolis on Friday, and the audience will be invited to interact with him.

Got a showbiz story?

How to get your Metro newspaper fix

Metro newspaper is still available for you to pick up every weekday morning or you can download our app for all your favourite news, features, puzzles… and the exclusive evening edition!

Daily Chinese Horoscope Sunday February 28: What your zodiac sign has in store