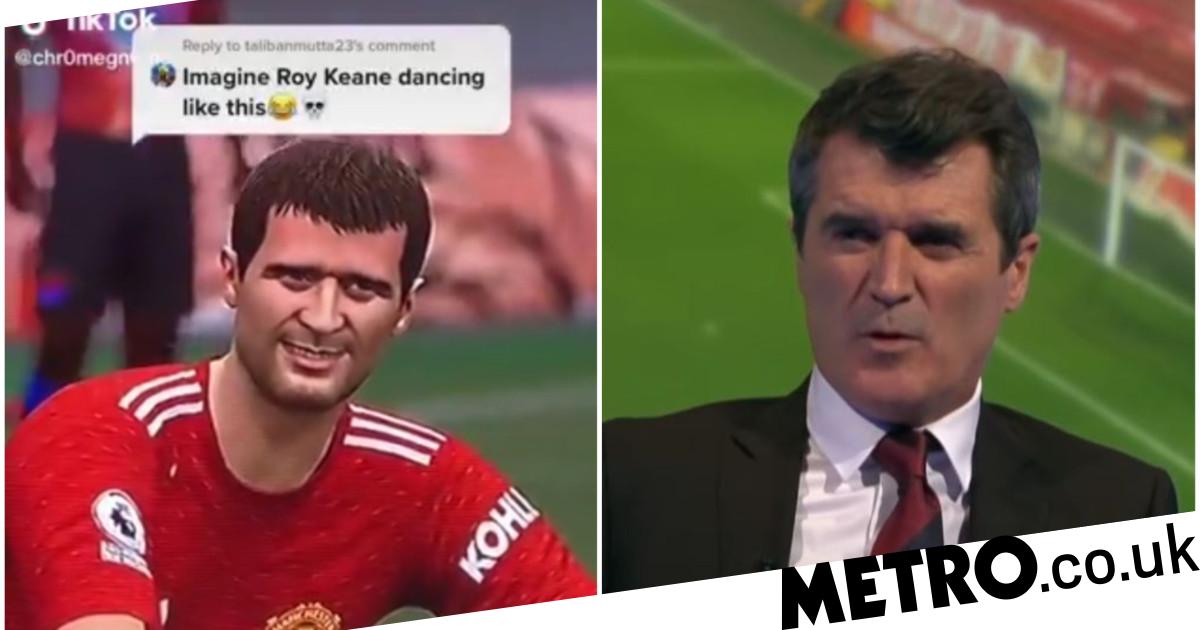 The former Manchester United captain probably had no clue that he went viral earlier this week when a montage of his elaborate virtual celebrations on FIFA did the rounds on social media.

Fortunately, Richards kept Keane up to speed when the pair worked together on punditry duty for Sky Sports’ Super Sunday.

Richards has brought the best out of Keane with several hilarious clips over the last few months.

And the former Manchester City defender has done it again by filming Keane’s reaction to the TikTok video on Sunday evening.

Keane failed to see the funny side as the ex-United skipper watched his virtual self wave his arms around in celebration.

During their post-match analysis of Chelsea’s win over Sheffield United, Keane joked that he would make Richards the kitman if they every worked in management together.

After Souness reminded Keane about his desire to return to management one day, Richards fired back at the former United captain: ‘You told me you’d take me as your assistant.’

Keane clearly saw the funny side as he began laughing and a few moments later he turned to Richards and said: ‘You’d be the kitman’.

For more stories like this, check our sport page.