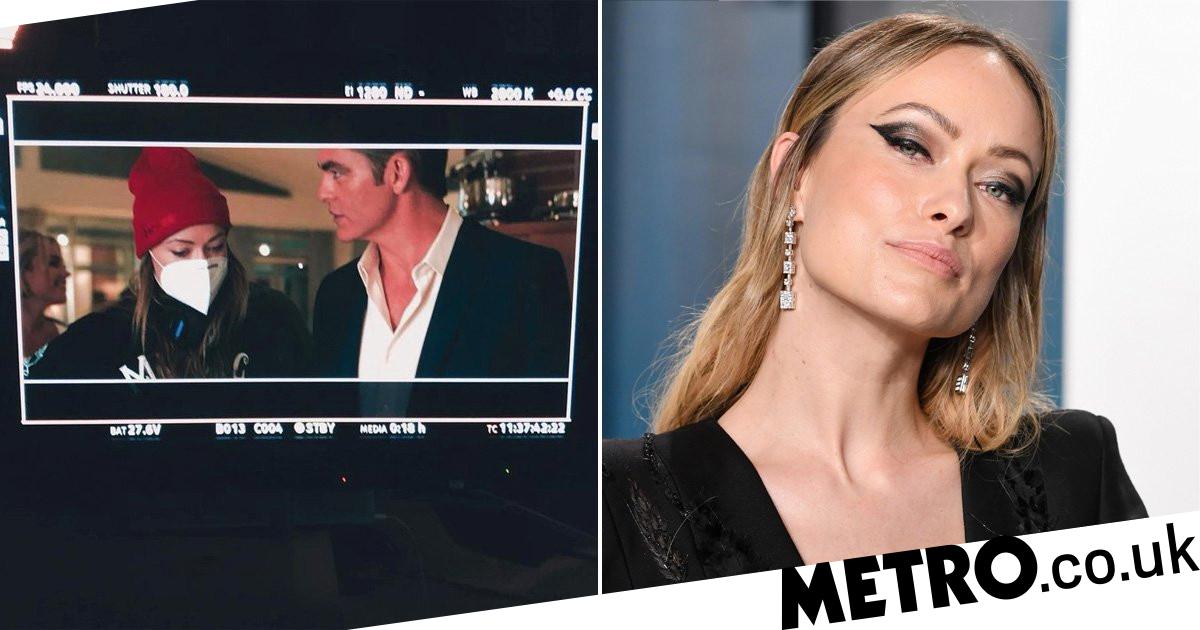 Olivia Wilde has shared another tribute post, this time to Chris Pine, as she praised the actor for his work on Don’t Worry Darling.

The director, 36, shared a backstage snap of Chris, 40, on set as she stood beside him with a mask on amid the ongoing pandemic.

She told her followers: ‘I’ve known the lovely Chris Pine for almost 16 years, and he has always been one of the most generous, supportive, intelligent, and skillful actors out there.

‘When I asked him to come play with us on Don’t Worry Darling, despite his busy schedule, he replied in a singularly Chris way by saying “yea buddy of course!”.

‘He then went on to deepen the character every day, without ever highjacking our intentions or stepping on our toes.

‘He was there to serve the piece in any way he could, and boy did he serve one hell of a performance. Such a thrill to work with you, Chris. #dontworrydarling.’

Olivia has been sharing her gratitude for the cast and crew she worked with on the upcoming film after wrapping up filming recently.

She also penned a heartfelt note about her rumoured boyfriend Harry Styles, 27, who stars alongside Florence Pugh in the leading role.

Alongside a black and white photo of Harry in a convertible sports car surrounded by palm trees, she wrote: ‘Little known fact: most male actors don’t want to play supporting roles in female-led films.

‘The industry has raised them to believe it lessens their power (i.e financial value) to accept these roles, which is one of the reasons it’s so hard to get financing for movies focusing on female stories.

‘No joke, it is harrrrrd to find actors who recognize why it might be worth it to allow for a woman to hold the spotlight. Enter: @harrystyles, our “Jack”.

‘Not only did he relish the opportunity to allow for the brilliant @florencepugh to hold center stage as our “Alice”, but he infused every scene with a nuanced sense of humanity.

‘He didn’t have to join our circus, but he jumped on board with humility and grace, and blew us away every day with his talent, warmth, and ability to drive backwards.’

Centre, farmers hopeful ahead of tomorrow’s talks; Mann recuses self from...