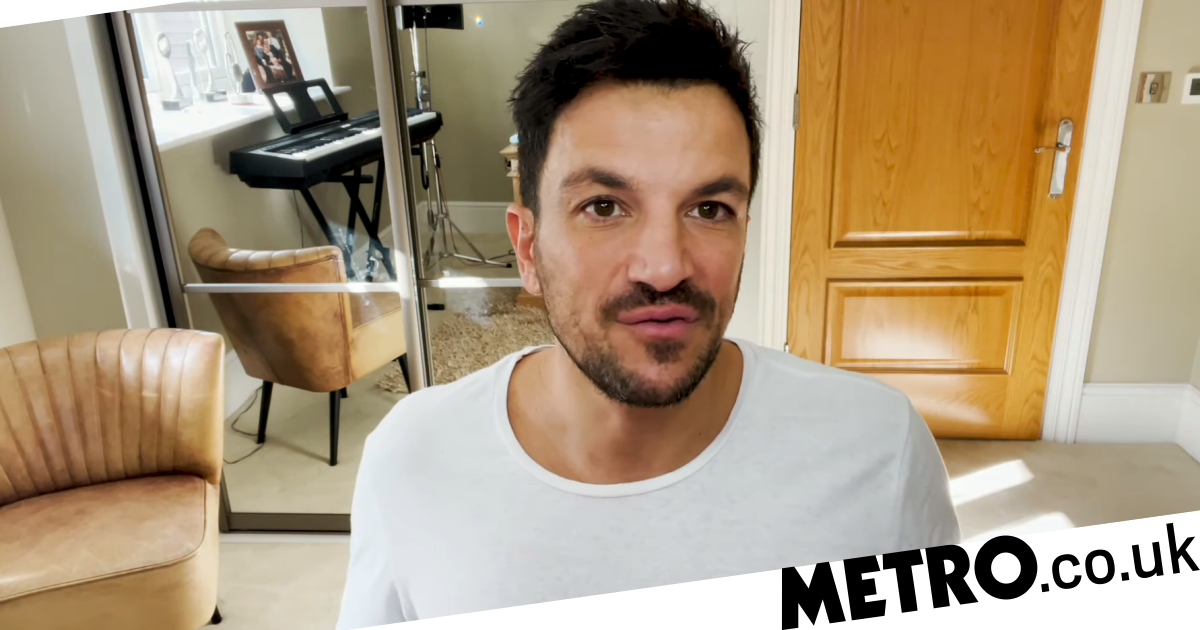 Peter Andre has explained the reason why he chooses to cover the faces of his two youngest children on social media.

The singer, 47, is dad to four kids; son Junior, 15, and daughter Princess, 13, from his previous marriage to Katie Price and daughter Amelia, seven, and son Theo, four, who he shares with wife Emily MacDonagh.

While Junior and Princess are very much present on social media – and now have their own Instagram accounts – Peter makes sure to cover the faces of his younger children and keep their identity from view.

He’s now revealed that it was the choice of their mum Emily, who works as a junior doctor for the NHS, as she doesn’t Amelia and Theo to be recognised when they are at school.

Responding to a fan who had asked why he keeps Amelia and Theo ‘offline’, Peter said in a new YouTube video: ‘Emily’s point is that they weren’t born into the media. No one has ever seen their faces, so she doesn’t want anyone to see their faces, so that when they go to school no one can recognise them.’

He continued: ‘Obviously with J and P, from day one we were documenting our lives and they were part of that, so I think that they’ve always been in the media.

‘I’ve got to respect Emily for that, she hasn’t done it and she says that once you do cross that there’s no going back, so I’m like, “Ok, no problem.”‘

Peter did, however, slip up slightly last year when Theo gate-crashed his live TV interview on Loose Women and was accidentally seen on camera.

Mysterious Girl hit-maker Peter had called in to the programme remotely during lockdown, when Theo was seen crawling into his lap.

Following his interview, Peter joked he was in the ‘dog house’ with Emily, as he brushed off the one-off as an ‘accident’.

The dad-of-four told fans: ‘I’m sooo in the dog house. Hey accidents happen we are in lockdown….’

‘To be honest, I’m quite happy at the moment, we’ve got a lot of kids running around from all different ages.’

Peter has previously said that if he does have more kids, he’s keen to have them before he turns 50, as he doesn’t want to be changing nappies after that point.

Speaking in an interview last year, Peter joked: ‘I said to Emily, “If you want another one then we have to start trying now”. I am 47 and I don’t want to be changing nappies at 50 because I’ve done it so many times over the last 15 years.’


MORE : BBC Breakfast’s Dan Walker stopped Pele from signing a free kit bag because it would ruin it

Medical care suffers across L.A. County – even basic services outside...