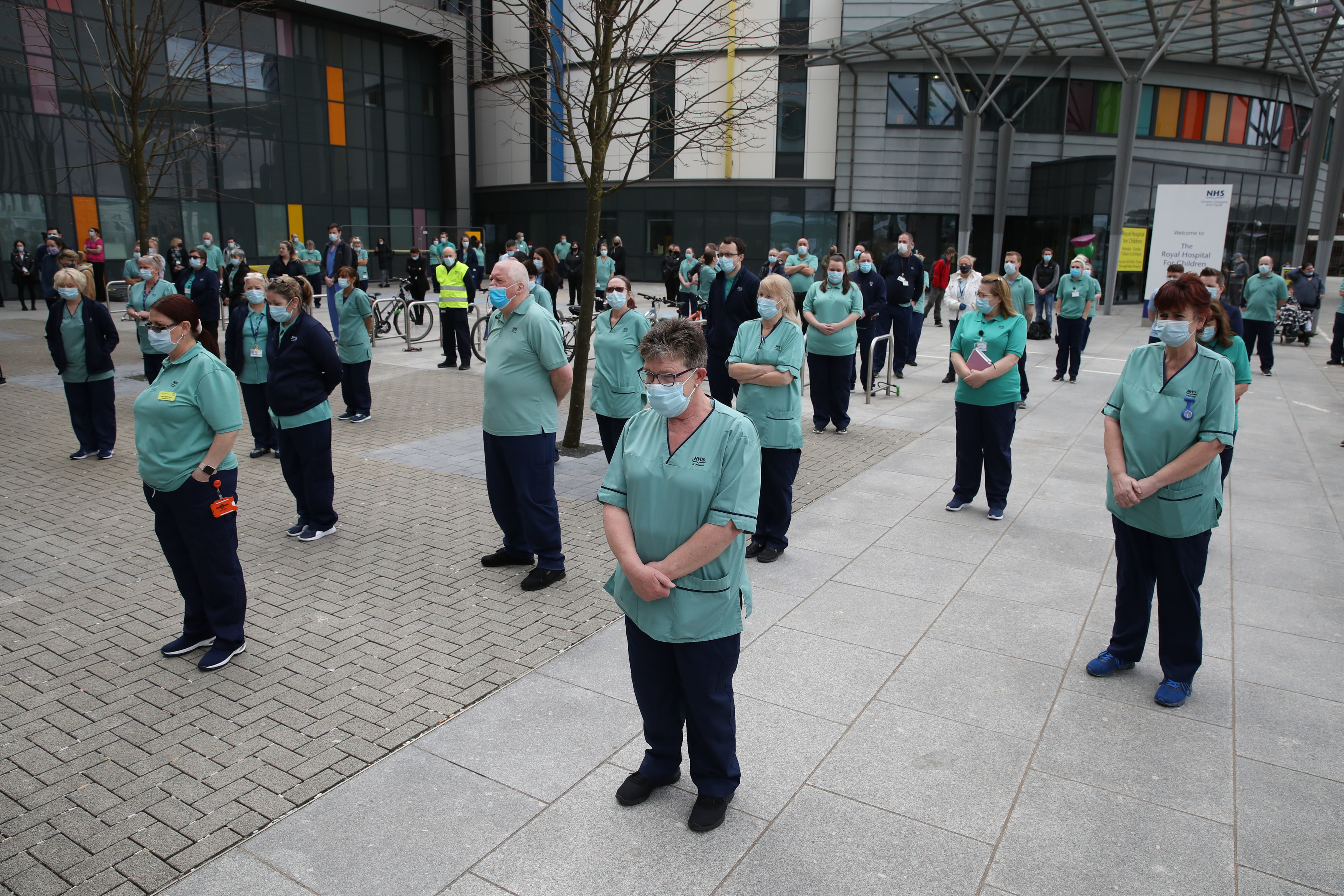 THE number of people who have died with Covid in the UK has halved in a fortnight – after another 112 casualties lost their lives.

Meanwhile, 5,379 more people tested positive overnight – a drop from two weeks ago, when 231 people died and 5,766 new infections were reported.

🦠 Read our coronavirus live blog for the latest news & updates…

Elsewhere, the seven-day average for deaths is 85 – the lowest rate since October.

The news raises hopes that Britain could soon begin returning to normal – a year on from the start of the first national lockdown.

In England, a further 98 people died in hospital. A 33-year-old with no known underlying health conditions was among four previously healthy people to die.

The North East and Yorkshire saw the highest number of fatalities at 26, with 24 deaths recorded in the Midlands, 19 in the North West, 16 in London and five in the South East.

Four more people died in both the East of England and the South West.

In Scotland, seven more deaths were recorded, while in Northern Ireland, two more lost their lives.

No new deaths were recorded in Wales.

The Queen today reflected on the “grief and loss felt by so many”, 12 months after the Prime Minister told Brits to stay at home for the first time.

The monarch spoke as the country held a minute’s silence at midday on Britain’s National Day of Reflection in remembrance of those who have died during the crisis.

She said: “As we look forward to a brighter future together, we pause to reflect on the grief and loss that continues to be felt by so many people and families, and pay tribute to the immeasurable service of those who have supported us all over the last year.”

Boris Johnson, who has offered his “sincere condolences to those who have lost loved ones”, observed the minute’s silence privately.

Earlier, Downing Street said Mr Johnson had reflected with Cabinet ministers this morning on what had been “a very dark and difficult year” for the nation.

He will address Brits from Downing Street this evening.

People across the country are being encouraged to stand on their doorsteps at 8pm with phones, candles and torches to signify a “beacon of remembrance”.

London’s skyline will turn yellow when landmarks including the London Eye, Trafalgar Square and Wembley Stadium light up at nightfall.

Other notable buildings that will be illuminated include Cardiff Castle and Belfast City Hall.

Meanwhile, in spite of good news about dropping infections, data from Public Health England shows rates have risen in 138 local authorities in the past week.

Rutland, Dartford, Mole Vallet, East Suffolk, Chiltern and Cotswold are the only six areas in the country where infection rates have remained unchanged.

Barnsley in South Yorkshire has the highest rate in England, with 483 new cases recorded in the seven days to March 18 – the equivalent of 195.7 cases per 100,000 people.

But Health Secretary Matt Hancock insisted this morning the PM’s roadmap out of lockdown hasn’t changed – and suggested Brits could yet take a well-earned holiday later on in 2021.

Under new Covid laws foreign holidays will be banned from Monday, with the threat of a £5,000 fine for those heading abroad.

The powers are due to stay in place until the end of June, but Mr Hancock said they may be relaxed in mid-May if it’s “safe” to do so.

However, he warned the “third wave rising in some parts of Europe” poses a major threat to summer hols.

LIGHT IN THE DARKNESS

He said: “We’re also seeing new variants and it’s very important we protect the progress we’ve been able to make here in the UK.

“We’re taking a cautious approach because we want any openings that we make to be irreversible. We’ll only make steps we think are safe.

“But on the other hand we do understand how people want to want to be able to get away in the summer, especially after the last year that we’ve all had.”