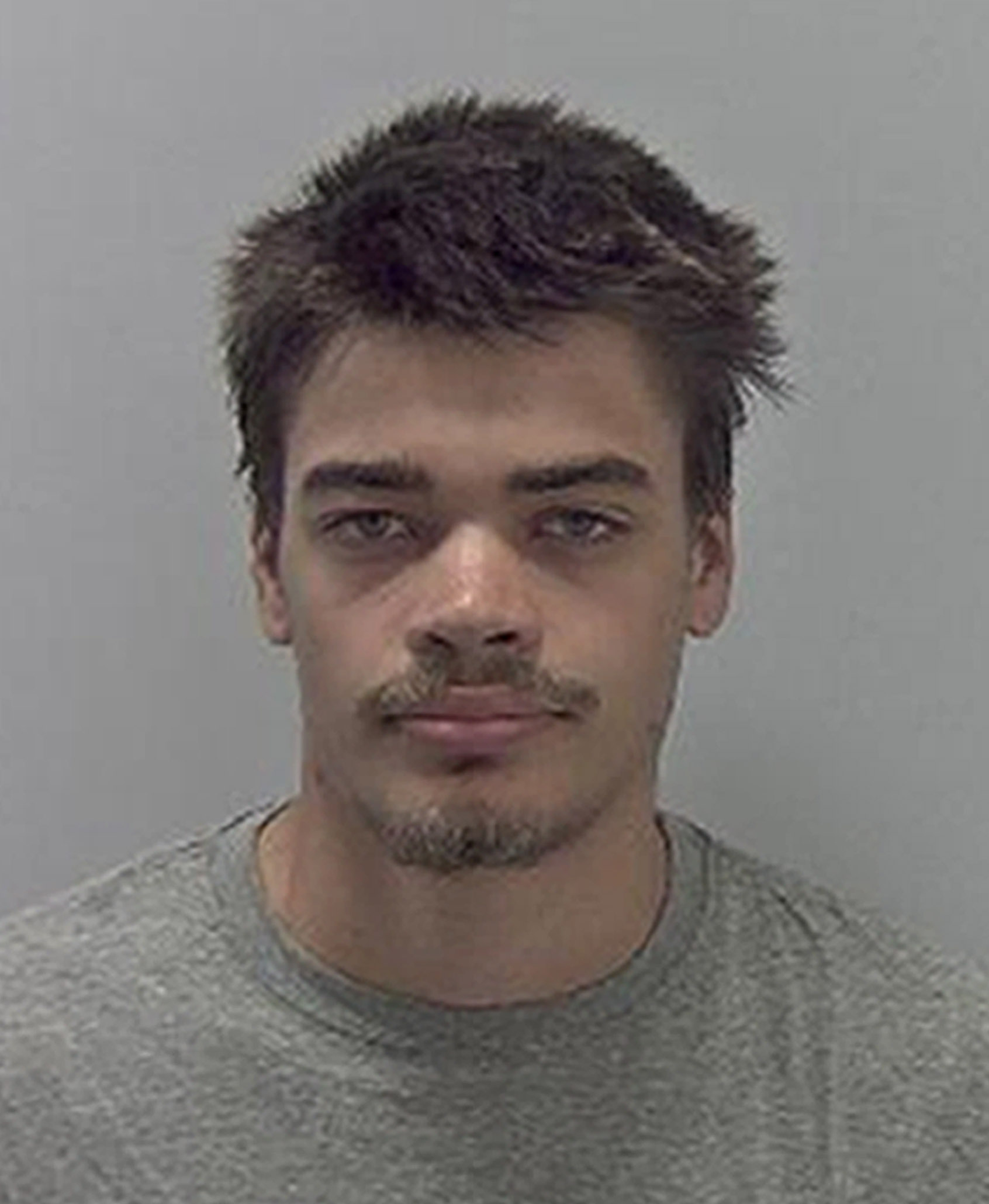 A CRAZED killer who stabbed a grandfather to death “just for the sake of killing somebody” has been jailed for life.

Moses Christensen, 22, was found guilty of murder last month over the “savage and animalistic” killing of hillwalker Richard Hall, 70.

Stafford Crown Court heard the killer hiked around 20 miles over several days before repeatedly stabbing his victim at Brown Clee Hill in Shropshire.

He later told police he had decided to kill after crossing paths with an “easy target” before launching a random attack.

Mr Hall, from Perton in south Staffordshire, suffered 26 injuries, including a “horrific” wound to his hand and another which penetrated his skull.

The court heard Christensen, from Oldswinford, Stourbridge, was being sought by West Midlands Police at the time after buying two combat knives and telling a relative he wanted to kill three teachers.

Caging on Christensen at Birmingham Crown Court on Thursday, Mr Justice Pepperall ruled that the murder on Thursday August 13 last year had been premeditated.

The judge told Christensen: “This was a brutal and entirely senseless killing of an innocent stranger who had caused you no offence.

“You showed Mr Hall no mercy and you were later to tell the police that you felt no real remorse.”

Caging Christensen for life with a minimum term of 28 years, the judge said he committed the murder “with great savagery”.

He selected his victim as being vulnerable due to his age and the remote location, the court heard.

The judge told Christensen: “I am sure that your offending was pre-meditated over, at the very least, some weeks before you murdered Mr Hall.”

Privately-educated Christensen, who has a history of depression dating back to his early teens, was arrested after knocking on the door of a house in the Burwarton area and telling the occupant he had committed a crime.

After being treated in hospital for a cut to his hand, Christensen told police he had wanted to kill someone “just for the sake of killing somebody” – as a “sort of lifelong desire and ambition”.

Opening the case at the start of the trial, prosecutor Adrian Keeling QC explained that Christensen had never met Mr Hall before.

Mr Keeling told the court: “The defendant had no reason at all to bear Mr Hall any ill will, let alone to kill him.

“But the defendant, by his own admission, wanted to kill someone and Mr Hall, walking on his own, was chosen by the defendant as an easy target.

“The simple reality is that he killed because that is exactly what he wanted to do.”

Several family members attended the sentencing hearing, which heard victim impact statements describing Mr Hall as a “master of all trades” who could fix anything.

Mr Hall’s widow had been left “devastated beyond words” by her husband’s death, the court heard.

In a statement issued after Christensen was found guilty, Mr Hall’s family paid tribute to him as a truly wonderful man.

Their statement read: “Richard was a brilliant man in every way, 70 years young, an amazing husband, father and grandad.

“A man with so much to live for whose life was so brutally and senselessly taken away by what can only be described as an act of pure evil, perpetrated by pure evil.

“It beggars belief that this could happen to someone simply talking a walk on a summer’s evening in such a remote and beautiful location.”

Chris Whitty and Sir Patrick Vallance forced to explain themselves after...