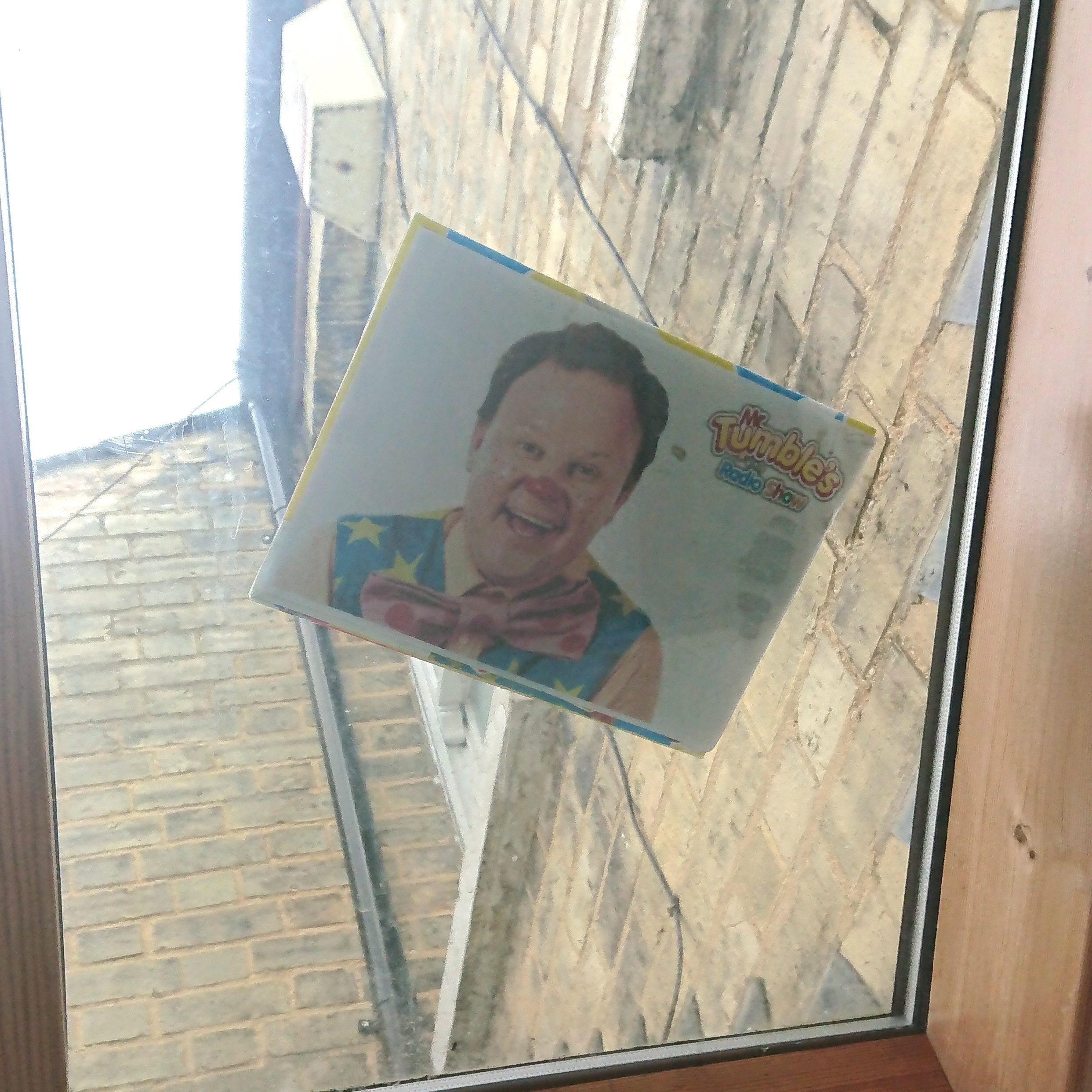 A MUM will have to stare at Mr Tumble’s face “every day for the rest of her life” after her cheeky son threw a poster of the CBeebies star onto the kitchen skylight.

Emma Szewczak said there was “no way” of getting the print of the children’s TV presenter off the roof window.

The author uploaded a snap of the poster to Twitter, which shows Mr Tumble beaming in his colourful clown outfit on the skylight above her set of kitchen utensils.

Alongside the picture, she wrote: “Of course my son threw his mr tumble poster onto the kitchen skylight.

“There’s no way of getting it down and now I have to look at this face every day for the rest of my life.”

Justin Fletcher, AKA Mr Tumble, has been a regular feature on children’s TV for 25 years and first featured on the BBC in 2003.

But commenters were creeped out by the poster – and urged her to find a way to get it down.

One wrote: “Destroy the skylight. It’s the only way to be sure.”

While another said: “I’d have to smash the window.”

OAP stabbed to death and woman in her 60s critical as man, 34, arrested

LURED TO HER DEATH

Earlier this year, axed CBeebies presenter Sarah-Jane Honeywell claimed her former ‘best mate’ and co-star Justin Fletcher had ‘frozen her out’ over her topless photoshoot.

Sarah-Jane, 47, had posed topless for animal rights charity PETA in London’s Trafalgar Square in 2011 – and claims Fletcher cut all contact with her after the shoot.

She said: “I called and left him a message but to this day he’s never responded.”