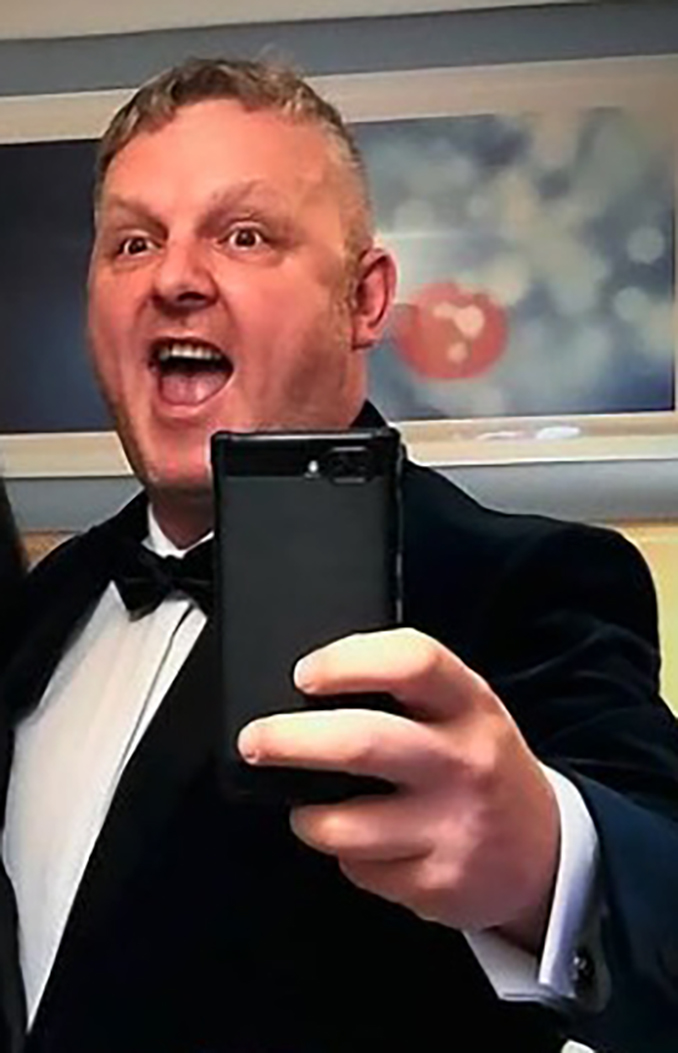 A TEACHER has been struck off for writing a gossip blog describing schoolgirls as dressing like “Eastern European prostitutes and Kardashian clones.”

Alexander Price, 43, was found guilty of breaching professional conduct for his anonymous diary about daily life at Denbigh High School in Denbigh in North Wales.

A misconduct hearing was told he offended pupils, parents and colleagues with his blog called “The Provoked Pedagogue” about school life.

In one article titled “The Problem With Prom”, Mr Price called the event “a shallow, vacuous affair, about nothing more than who has spent the most on looking nice.”

He said girls often ended up looking like a cross between “Eastern European prostitutes and trans-human Kardashian clones” and said boys at the bash “snorted coke”.

In another article Mr Price referred to head teacher Dr Paul Evans as Grima Wormtongue, a character from Lord of the Rings, adding that he “slithering around the school in a foul mission”.

Former Design and Technology teacher Mr Price said he wrote the blogs as a “cathartic” exercise and tried to make them “colourful and entertaining”.

But a panel ruled the posts were “inappropriate, offensive, or derogatory” and found he had committed unacceptable professional conduct.

In the article about prom he said girls would spend “nine out of 12 months” planning for the event when they should be learning.

He added: “The prom means more to them than GCSE results, the pressure builds and builds and when they should be studying they are on ASOS.

“Young girls in school fresh-faced or pimpled are plastered in make-up because they feel pressure from all angles, often including the school.”

He said the girls wear “make-up so thick that when it cracks it rivals tectonic plates.”

“Then there’s the fake tan: ludicrous shades and colours that defy even the unlimited variations provided by the human gene,” he added.

The teacher said some pupils had “literacy so poor they cannot read the instructions on sachets of brown goop that leak into every pore.”

Chair Steve Powell said the comments “were critical, they were disrespectful, they were likely to cause offence to any pupil or parent who came across the article.”

“It was particularly concerning that a focus on these comments and the article as a whole was on families from poor backgrounds in an unnecessary and unwarranted way.”

He said the panel had not taken the blogs in the proper context and that many of the extracts they read aloud had the opposite point of the articles as a whole.

Mr Price’s union representative, Colin Adkins, of NASUWT, said the ruling was “chilling in that it has inhibited freedom of speech.”

In a statement to the panel, Mr Price said: “I find it ridiculous you say you have considered these comments in their entirety because you blatantly haven’t.

“This process is clearly designed to cover up the failings of a failing school – a school which accepts homophobic, racist and misogynistic language from pupils as part of its normal behaviours.”

Eye-bleeding fever to explosive diarrhoea: 16 bugs that may spark next pandemic

Mr Price has now been handed a prohibition order banning him from teaching.

The hearing in Cardiff was told he can reapply to join the register after a two-year period.

Panel chair Mr Powell added that the teacher’s actions showed a “reckless disregard for the principles set out in the code.”

Boy, 17, stabbed to death on street as cops arrest woman, 35, over his murder