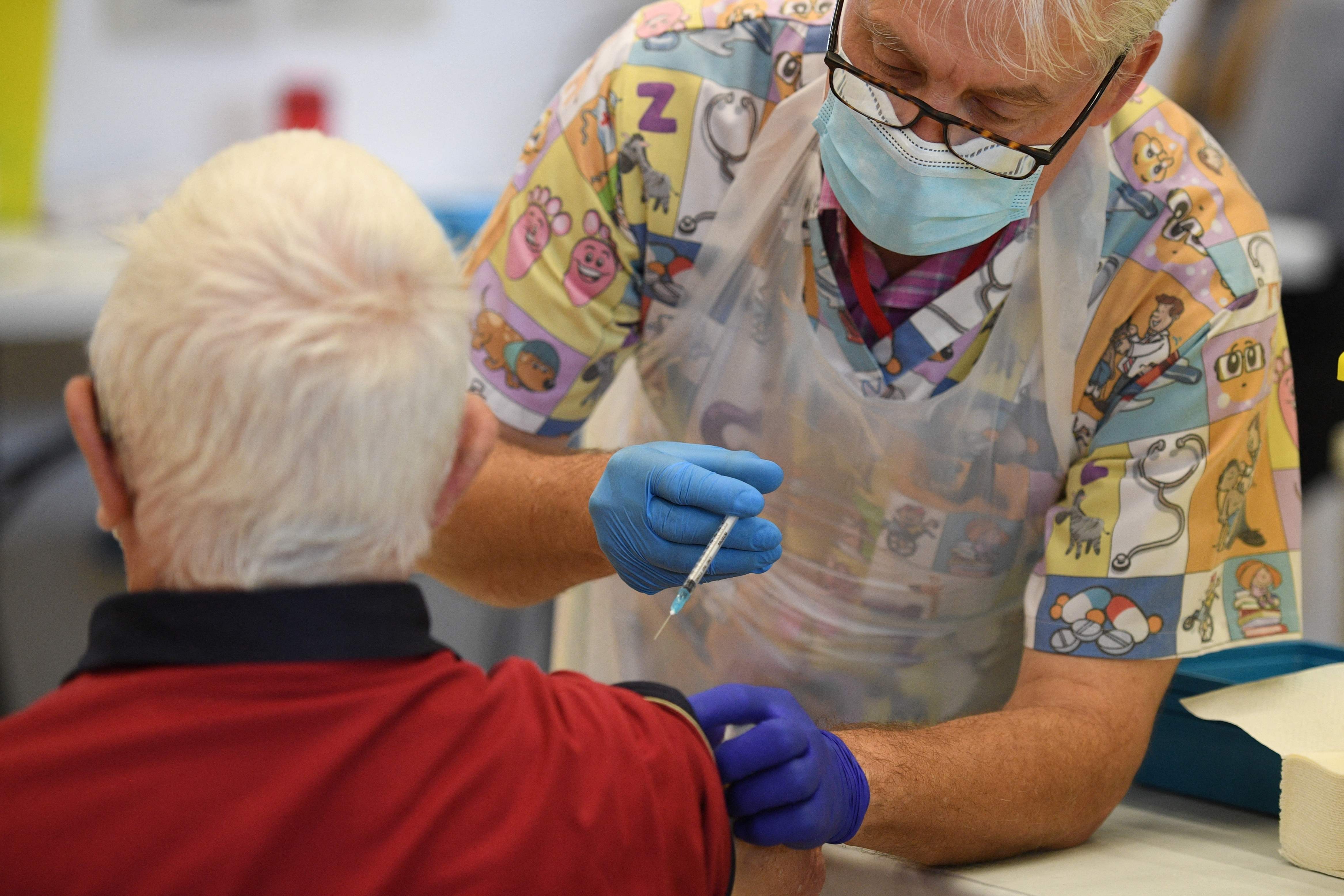 CORONAVIRUS cases have plummeted 32 per cent in a week with 3,030 new infections recorded in the UK in the last 24 hours.

🔵 Read our coronavirus live blog for the latest news & updates…

The rise in cases brings the total number since the beginning of the pandemic to 4,370,321.

Today’s infection figure is down from last Thursday’s figure of 4,479 – and also lower than the 6,219 reported a fortnight ago.

Deaths are up very slightly from the 51 reported this time last week, and below the 63 fatalities recorded on March 25.

NHS England data shows 37,391,103 doses of the Covid vaccine have now been administered in the UK.

The falling numbers provide hope that Britain will see the end of lockdown come June 21.

But Matt Hancock said today this won’t happen any sooner than that, despite claims Britain is on course to achieve herd immunity next week.

The health secretary said Boris Johnson will stick firmly to his roadmap out of lockdown – which will see shops, hairdressers and outdoor hospitality venues reopen from Monday.

He vowed the roll back of restrictions won’t be sped up – nor will it be slowed down by issues with the AstraZeneca vaccine.

Mr Hancock dismissed modelling that shows the proportion of the population with protection against the virus is set to hit almost three quarters on Monday.

And he said other scientists have previously told him herd immunity might not be reached until after June.

Academics at UCL predicted the number of people with protection from the virus via either a vaccine or previous infection will hit 73.4 per cent next week.

But asked about the reports Mr Hancock said: “What I prefer to do is watch the data. We’ve set out the roadmap, the roadmap is really clear.

“It is our route back to normal. We’re on track to meet the roadmap and that is our goal.”

Figures published by the ONS suggest in the week ending March 14 about 54% of people in England had antibodies.

Since then a further 7.1 million people have received their first dose of the vaccine, and 100,000 more have tested positive for the virus.

Earlier Mr Hancock reassured people that Britain has “more than enough” Pfizer and Moderna vaccines to cover all under-30 after it was announced yesterday 18 to 29-year-olds will be offered these over the AZ jab.

The health secretary said the UK is still “on track” to hit its target of offering all adults the shot by the end of July and “we are in good shape” on future supply of doses.

And he said yesterday’s decision by the MHRA to offer younger people a choice of vaccine over “very rare” blood clots linked to the AZ jab should give people confidence in Britain’s “world class” safety regulation.

Mr Hancock said the risk of suffering a clot from having the vaccine is around four in a million – the same as it is from taking a long-haul flight.

The sister of a solicitor who died of a blood clot after receiving the AZ vaccine has vowed that she will still get the second dose herself.

Neil Astles, 59, died on Easter Sunday after getting his first dose of the vaccine on March 17.

Dr Alison Astles said her brother was “extraordinarily unlucky” and urged others to continue having the vaccines.

She told the BBC: “If you’ve had one dose, go ahead and have your second. If you haven’t had your dose yet make sure that you do.

“Because, overall, we will save more lives by people having the vaccine than not. The risk of a clot is very, very small and my brother was extraordinarily unlucky.”

OAP stabbed to death and woman in her 60s critical as man, 34, arrested

Mum of boy, 19, found dead in forest says ‘my heart’s been ripped apart’

LURED TO HER DEATH

A major study out today revealed Covid jabs are “breaking the link” between cases and deaths as fatalities fall.

The React survey, by Imperial College London, found just one in 500 had the virus in England last month – a 60 per cent fall over February.

Professor Steven Riley, of Imperial College, said: “What we are seeing is very good news.”