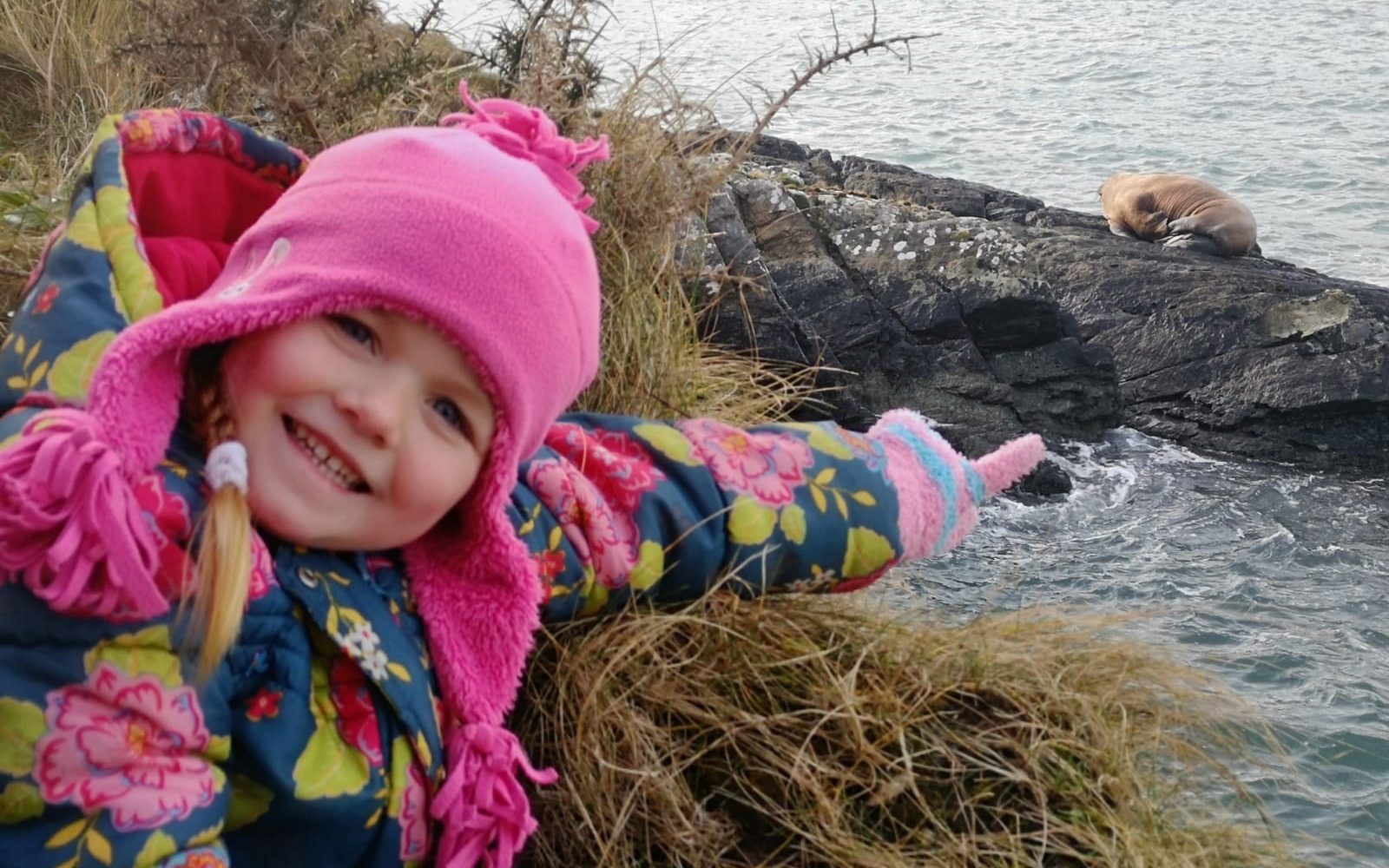 Its ivory tusks have not fully grown out and are about three inches long, indicating a juvenile.

The RSPCA said that no walrus had ever been spotted so far south in British waters. A walrus was previously sighted in Scotland in May 2018 – the first time such a beast had been seen on the British mainland in 54 years.

Ellie West, the RSPCA animal rescue officer who raced to the scene, said: “People must have wondered if they had been hallucinating. But I’d seen the walrus had been in Ireland and I was half expecting its arrival.”

Ms West added: “When I got there, it was lying on a flat rock in a secluded bay. I think it’s most likely it is from Greenland stock although unfortunately they don’t come with a birth certificate. In their natural habitat, walruses spend a lot of time asleep on the ice pack and as we all know the ice pack is breaking up. Somehow it has gone south and not stopped.”

The RSPCA was called out after receiving calls from the public and from the Welsh Marine Life Rescue charity.

Ecuador braces for return of socialism in presidential run-off

Inside secret first camp for Myanmar refugees established in India

Queen was told she should not marry Prince Philip by courtiers because he was too funny, biographer claims