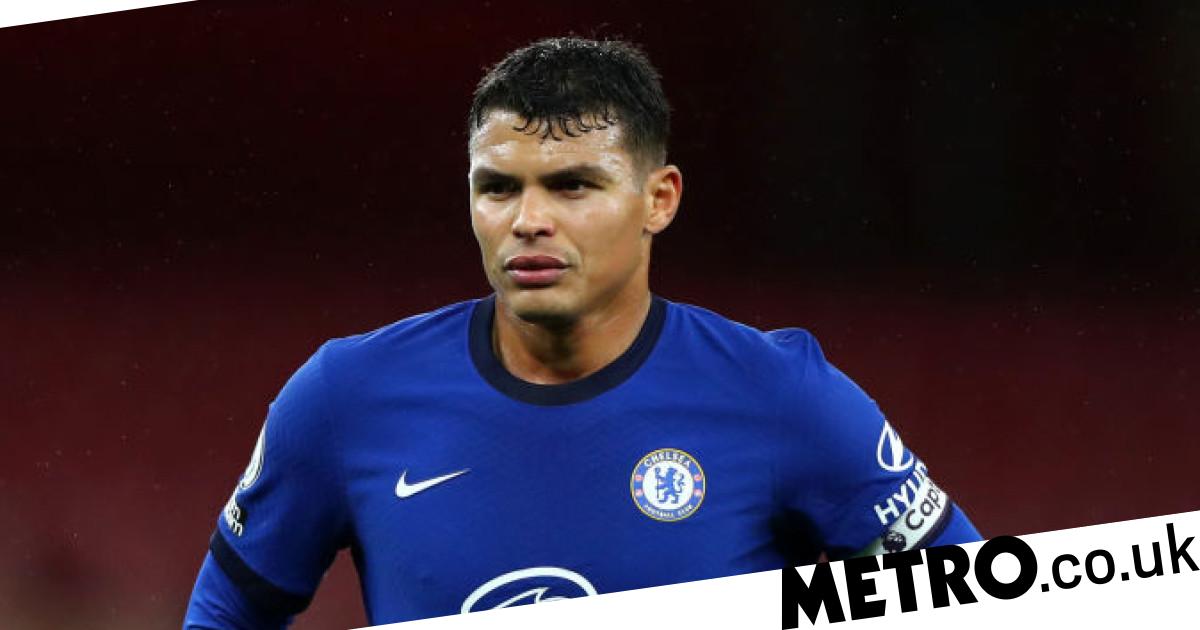 Thiago Silva is keen to remain at Chelsea for another season, according to reports.

The 36-year-old joined on a free transfer from Paris Saint-Germain last summer and has been one of Chelsea’s most consistent performers this season.

The Brazil international signed a one-year contract last August with the option to extend the deal for another 12 months.

And according to The Telegraph, Silva wants to activate that option and Chelsea are expected to keep the experienced defender for another campaign.

The report claims that the Brazilian has established himself as ‘popular figure’ at Chelsea and has been a key influence with the team’s younger players.

Silva is currently sidelined with a thigh injury but Thomas Tuchel revealed after Chelsea’s 2-1 win over Sheffield United on Sunday that the defender is aiming to return for their Premier League clash against Southampton on February 20.

‘For Thiago we are fighting every day. He will be for sure out for the FA Cup, so it will take us some time, it will take several days,’ said Tuchel.

‘We set the goal, maybe Southampton is realistic, but it is very ambitious.

‘But we’re doing everything and I know Thiago will do everything to be ready as soon as possible.

‘But a muscle injury you cannot take any risks, so when it’s healed it’s healed and you cannot accept the pain or something like this with any other injury.’

For more stories like this, check our sport page.