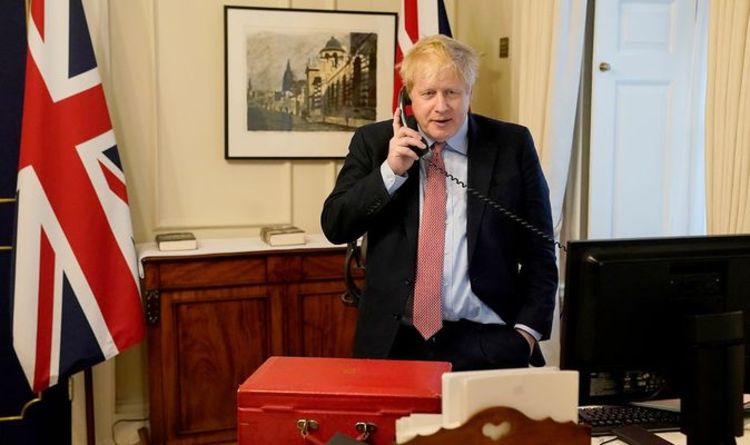 The two leaders look set to develop a strong working partnership that will help to reinforce the special relationship between the UK and US. The call to Mr Johnson is believed to be Mr Biden’s first one to a foreign leader outside of the Americas. The Prime Minister and the US President discussed how climate change and green energy would be their “number one priority”, as well as exploring the prospects for a free trade deal.

The two leaders were said to have established an instant rapport, with each appearing to “enjoy the other’s anecdotes”.

A source told the Daily Telegraph that Mr Johnson questioned Mr Biden about his passion for train travel.

The 46th US President became a train enthusiast after the tragic death of his first wife and daughter in a car crash in 1972.

Thereafter Mr Biden started to travel from Delaware to Washington DC on Amtrak, the US national railway network.

He quickly earned the nickname “Amtrak Joe” after lobbying persistently in the Senate for extra public funding for the rail industry.

The former Delaware senator had intended to travel by train to his inauguration, but had to change his plans due to security fears.

This will involve $2 trillion investment in clean energy over four years, aiming for 100 percent clean electricity by 2035.

It will be financed partially through increases in taxes on corporations and the wealthy.

More than 10% of Los Angeles County Sheriff’s Department personnel in...

When can I play golf, tennis and other outdoor sports after...