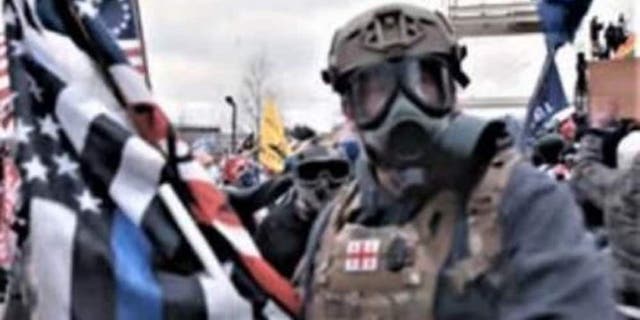 A Virginia Army Special Forces veteran and military contractor who is accused of assaulting at least three police officers during the Jan. 6 Capitol riot has been denied bond.

Jeffrey McKellop, 55, allegedly cut the face of one officer with a flagpole before hurling it at him like he was “throwing a spear,” according to an FBI affidavit. He’s also accused of throwing a bottle at police, tossing an officer to the side and trying to wrestle a can of riot-control spray out of a police lieutenant’s hands.

A man identified by the FBI as Jeffrey McKellop is seen holding a “thin blue line” flag during the Capitol riot. McKellop has been charged with assaulting police officers, including throwing a flagpole at one.
(FBI)

McKellop’s detention hearing Monday was postponed after he suffered a medical emergency during the virtual proceedings. On Tuesday, a U.S District Court for the District of Columbia judge denied his request for bond. 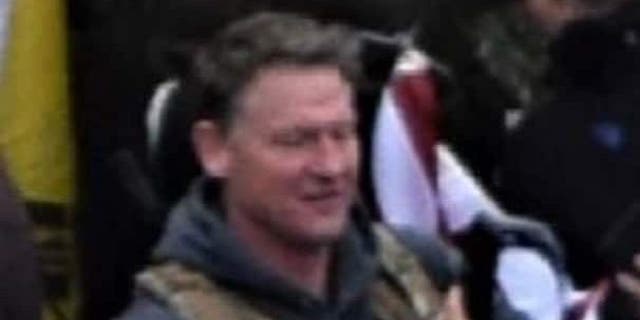 The alleged assaults were caught on video from numerous sources, including police bodycams, according to investigators.

After the FBI posted images online, investigators said they received at least two tips that led to the identification of McKellop as the man seen in the videos. 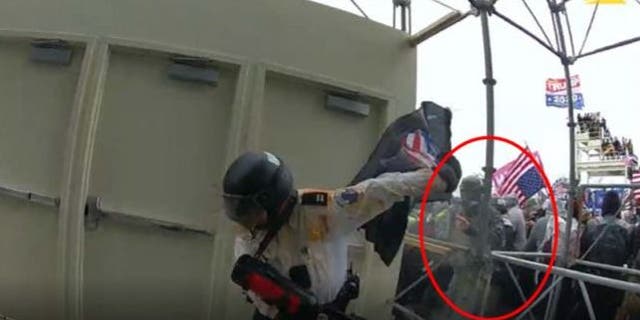 One witness, who told investigators he served alongside McKellop for 15 years, told the FBI that he recognized the suspect’s helmet and ballistic vest as the kit he wore in combat overseas, according to the affidavit.

McKellop faces a half-dozen federal charges in connection with the riot. He was arrested last Wednesday. 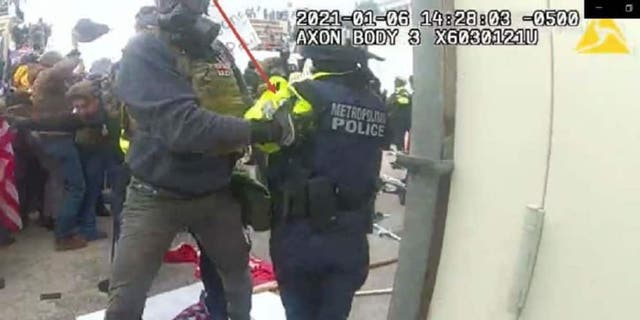 The Justice Department has charged more than 300 people so far in connection with the riot, dozens of whom are accused of assaulting police officers, including two accused of attacking Capitol Police Officer Brian Sicknick, who died a day after the unrest.

National weather forecast: Winter weather hangs on in the West

London to go into Tier 2 from midnight on Friday