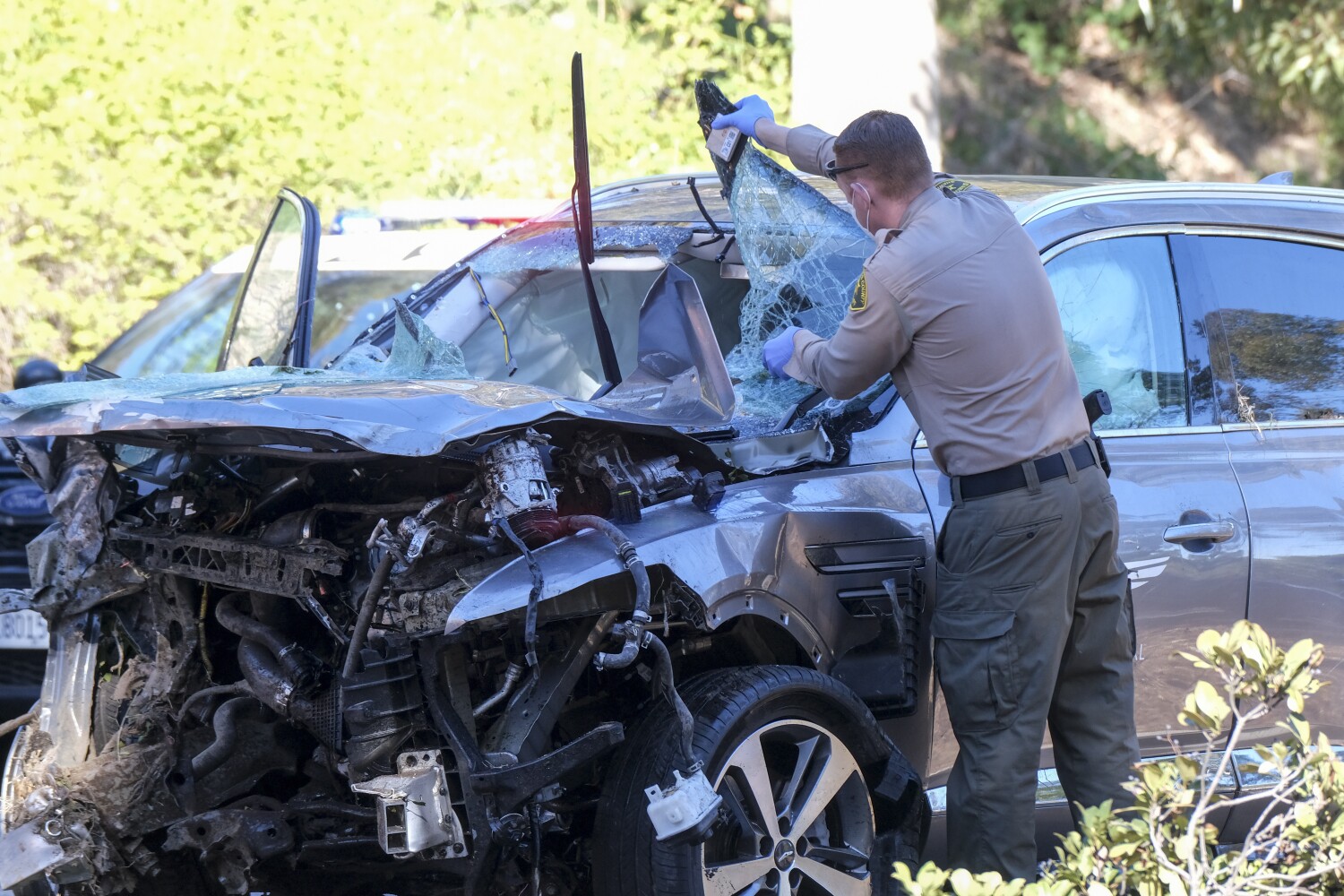 A Los Angeles County sheriff’s deputy found an empty, unlabeled pill bottle in a backpack next to Tiger Woods’ crashed SUV as he inventoried the scene. That same investigator said he had found no evidence the golf legend was under the influence at the time of the Feb. 23 crash that caused him serious injury but, rather, was in shock, according to a crash scene investigation report.

The 22-page sheriff’s report reveals that in the aftermath of the crash — which occurred after Woods was traveling at speeds of up to 87 mph on a roadway with a posted speed limit of 45 mph — Woods was so disoriented he thought he was in Florida, and paramedics found his blood pressure so low they could not administer pain medication, the report said.

Sheriff Alex Villanueva on Wednesday declared that excessive speed and an inability to negotiate the curve of the roadway were behind the crash, and said the department did not find any probable cause to test Woods for being under the influence.

Deputy Carlos Gonzalez, who was first at the scene, reported to the lead investigator that he did not smell alcohol and that Woods’ eyes were not watery nor his speech slurred. Gonzalez reported that, after the seriously injured Woods was removed from the SUV, the deputy found a backpack next to the vehicle, and in the front pocket was the empty pill bottle. “The container had no label and there was no indication as to what, if anything, had been inside. There was no open intoxicants, or paraphernalia inside the vehicle.” the report written by Deputy Justin Smith noted.

Woods had had the vehicle for more than a week.

On Wednesday, before the police report became public, Sheriff’s Capt. James Powers told reporters, “There was no evidence of any impairment. There was no odor of alcohol. There are no open containers in the vehicle and no narcotics or any evidence of medication in the vehicle or on his person.” He said, because of that, investigators did not have probable cause to obtain a search warrant for blood draws that were taken after Woods was hospitalized.

The sheriff on Thursday noted it was an “empty, non-labeled ‘pill bottle’-style container located in the car.” As that, he added, it “held no evidentiary value.”

The sheriff has repeatedly pushed back against former law enforcement officials who have suggested Woods’ blood should have been checked. “I know there are a lot of drug recognition experts who said they should have done this or that, and without the signs of impairment, we don’t get to the point where we can author a search warrant and develop the probable cause,” he said during a news conference Wednesday.

According to a deputy who interviewed Woods at the hospital, he saw no signs that the golfer had consumed alcohol or was under the influence of any substance and that, despite his injuries, he was quick to answer questions.

Powers has said that Woods, in the interview, indicated he had not consumed any drugs or medications at the time of the crash.

Woods was driving a borrowed Hyundai Genesis SUV when he crashed and suffered serious ankle and leg injuries, which could threaten his playing career.