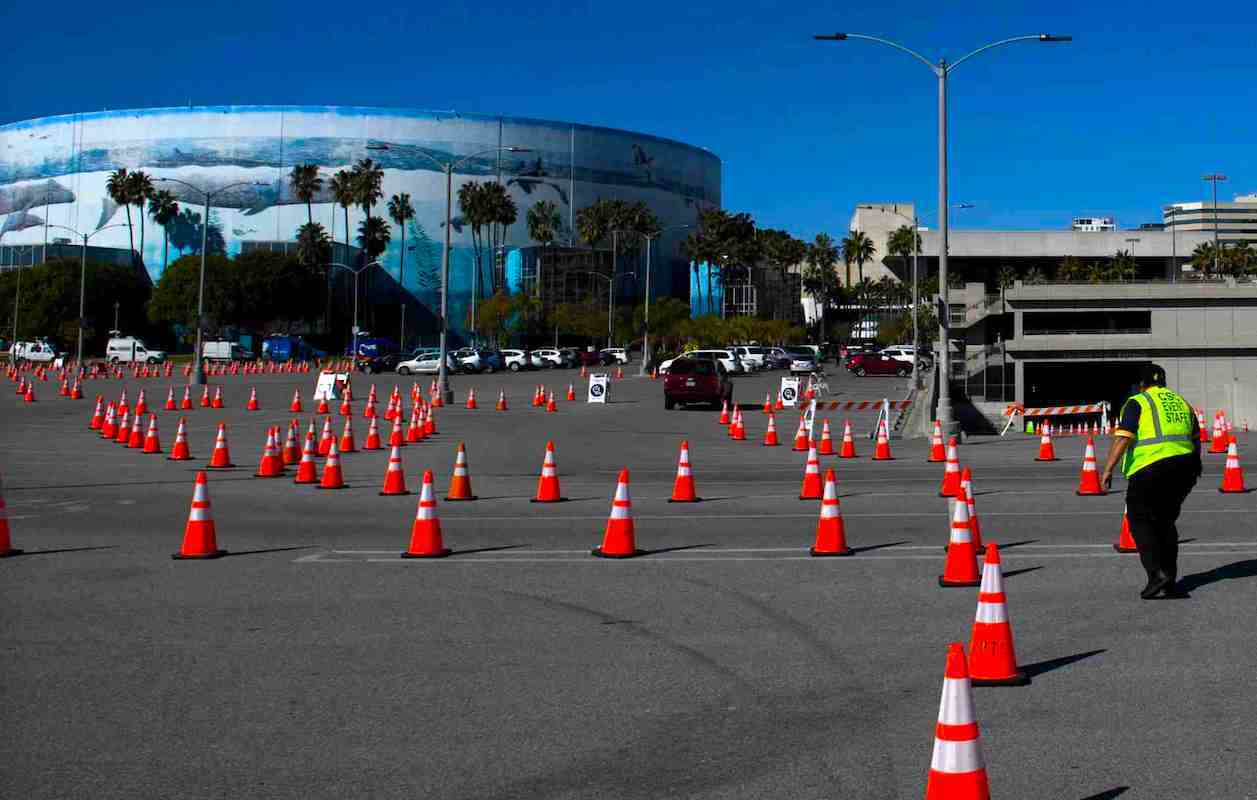 Long Beach has become the latest jurisdiction to throw open the doors for widespread access to COVID-19 vaccines, announcing Thursday that it will start inoculating residents ages 16 and up.

“Because of our progress, we feel comfortable and confident that we can begin now vaccinating the general population,” Mayor Robert Garcia said during a briefing.

Walk-up appointments will be open for residents from 11 a.m. to 2 p.m., Monday through Saturday, at the Long Beach Convention Center, according to city officials.

An estimated 500 appointments will be available daily, officials added.

Those who live and work in the city will be able to make appointments online through the state’s My Turn system starting April 15, the same day California at large will also expand vaccine eligibility to everyone who is at least 16 years old.

Los Angeles County officials have not indicated that they will move ahead of the state’s timeline. Long Beach can do so, however, as the city has its own health department.

Currently, only the Pfizer-BioNTech vaccine is approved for people ages 16 and 17. The other two vaccines being used in the United States, Moderna and Johnson & Johnson, are available to those 18 and older.

Though universal access for California adults is right around the corner, a number of communities have moved to open up appointments even quicker.

In Southern California, Kern, Riverside and San Bernardino counties have made anyone 16 and older eligible to get a shot.

Fresno County announced it will do likewise beginning Friday.

In the Bay Area, Alameda County is allowing anyone 16 and older living in a dozen hard-hit ZIP Codes to be vaccinated, including in neighborhoods in Oakland, Hayward, San Leandro and unincorporated San Lorenzo.

Elsewhere in California, a number of counties in the north — such as Contra Costa, Butte, Shasta and Nevada — are among those that have opened up vaccines to those ages 16 and over; most require recipients to either live or work in those counties. Yuba and Sutter counties have made COVID-19 shots available to anyone 18 and older who lives or works there.

The UC Davis Health system in the Sacramento area is also vaccinating people 16 and older.

A hard-hit community needed vaccines. Here’s how a clinic came together in a church parking lot