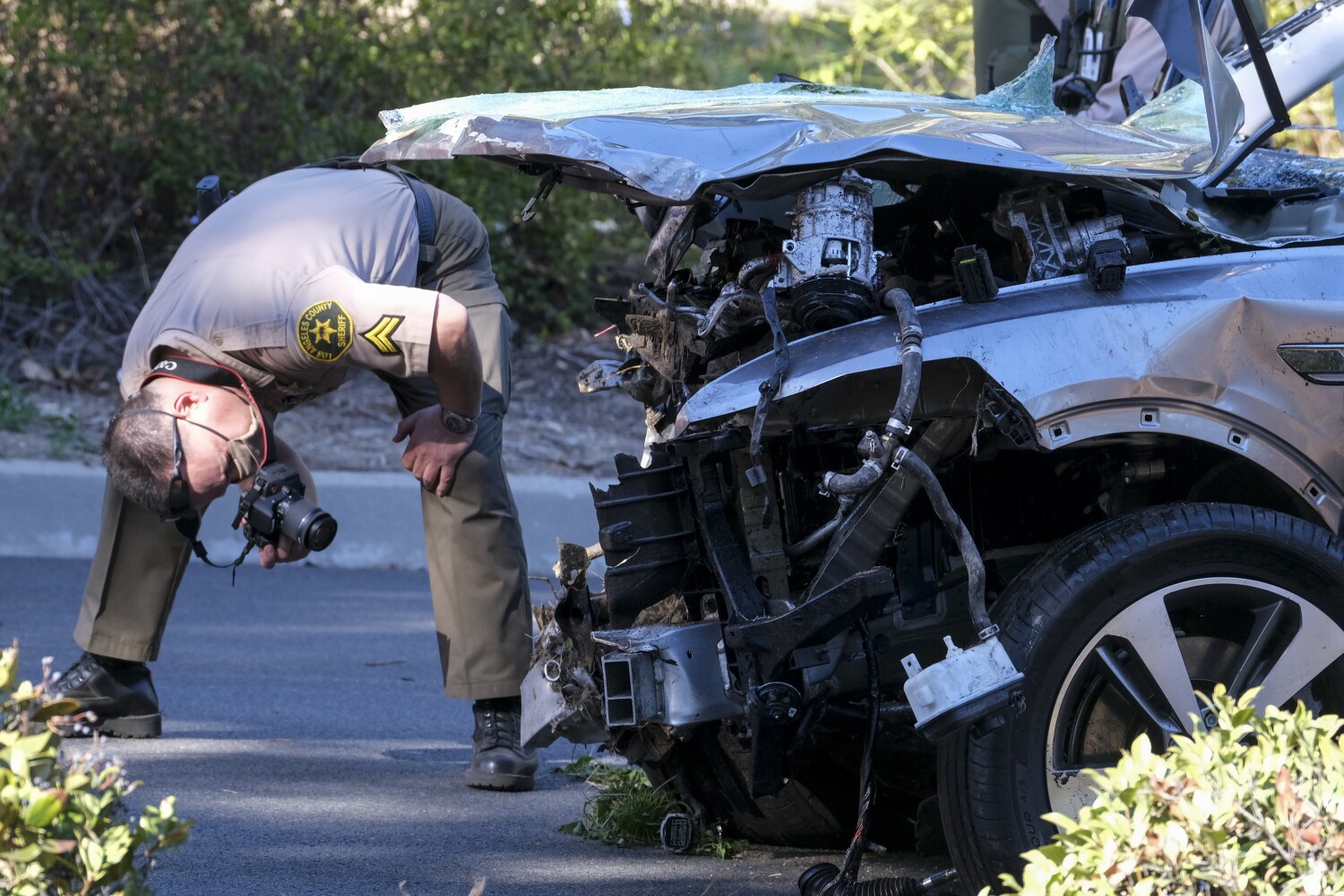 An investigation into the February crash that seriously injured Tiger Woods found that the golfing great was traveling at almost double the posted speed limit on Hawthorne Boulevard on the Palos Verdes Peninsula.

But officials said they would not cite Woods with speeding even though the investigation concluded he was going more than 80 mph in a 45 mph zone.

Investigators examined the SUV’s advanced data systems to determine Woods reached speeds of up to 87 mph around the time of the crash in Rolling Hills Estates. Authorities said Woods was accelerating down the steep grade on the northbound side, which sometimes catches drivers unaware of their growing momentum. Woods hit the median, then a Rolling Hills sign, and then the west curb before striking a tree 71 feet off the roadway.

When the airbags were triggered, the SUV’s event data recorder captured speeds prior to and after the initial impact of 82.02 mph to 86.99 mph.

Here is what we know:

Q: Why is he not being cited?

James C. Powers, captain of the Lomita sheriff’s station, said data from Wood’s SUV was not enough to cite Woods with speeding. He said the act had to be witnessed by a law enforcement officer, which is required for a citation.

“It is a solo traffic collision,” said L.A. County Sheriff Alex Villanueva. “We are not going to issue a citation for an infraction not in a peace officer’s presence. That would apply to everybody.” Villanueva said any suggestion that Woods had received special treatment “is false.”

Dmitry Gorin, a former deputy district attorney in Los Angeles County, said that the data from the SUV’s “black box” — which officials said showed the speeding — could be used as evidence to generate a ticket. But as a practical matter, he said, law enforcement agencies require a witness of some kind to issue a speeding ticket.

Moreover, Gorin said he was not aware of a case when a speeding ticket was issued solely with data from a vehicle’s black box.

Q: Where does this leave the case?

The Sheriff’s Department says it’s now done with its work.

The department concluded there was not probable cause to obtain a search warrant for Woods’ blood draws at the hospital. Powers said there was no evidence of alcohol, drug or prescription medication usage by Woods.

He added that, during a subsequent interview in the emergency room, Woods indicated he had not consumed any drugs or medications at the time of the crash.