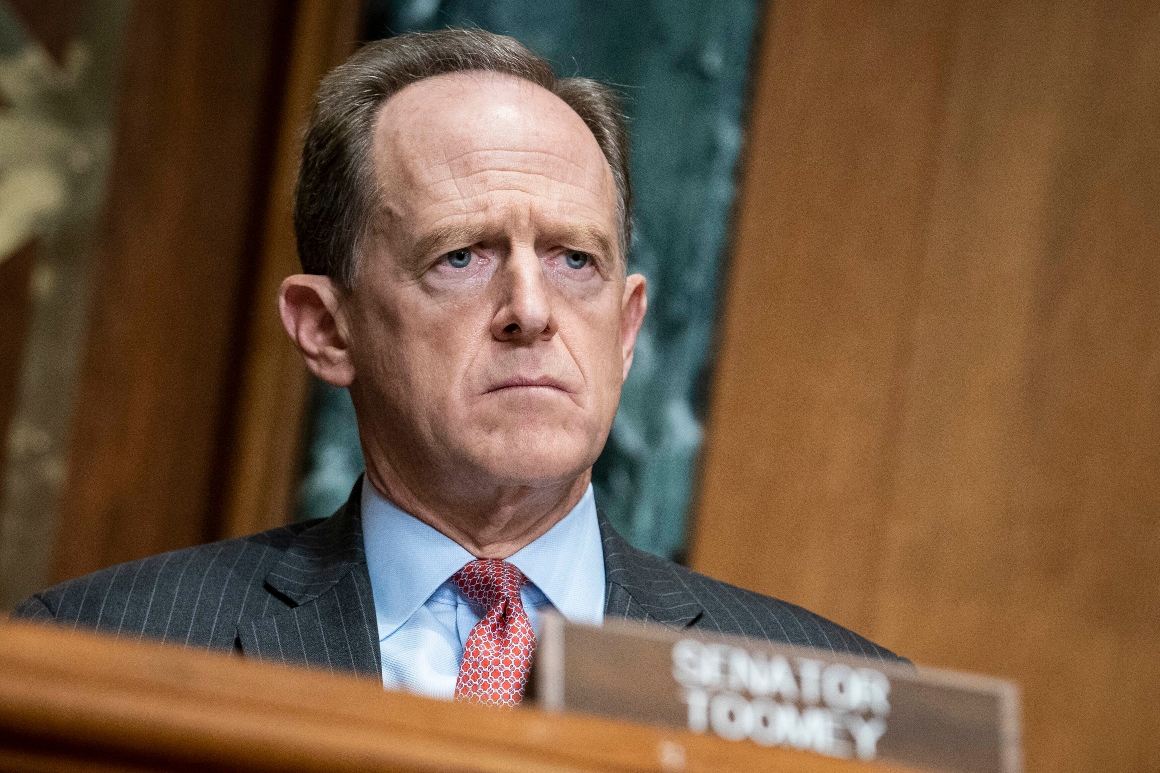 “If done in a manner that respects the rights of law-abiding citizens, I believe there is an opportunity to strengthen our background check system so that we are better able to keep guns away from those who have no legal right to them,” Toomey said in a statement after Biden’s announcement.

However, any attempt to craft bipartisan guns legislation faces steep odds. Toomey is one of only two Republicans left in the Senate who supported that 2013 background checks bill. The filibuster remains a major hurdle, requiring a minimum of 10 Republicans to cooperate with Senate Democrats to make progress on background checks.

And Toomey is an outlier in the Senate Republican conference, where a much larger faction of Republicans is hesitant to do anything on guns.

“Federal mandates that undermine Americans’ Second Amendment rights and circumvent their elected representatives in Congress erode the constitutional freedoms that make our country exceptional,” said Sen. Jim Risch (R-Idaho). “I will continue to oppose actions and legislation that infringe on law-abiding citizens’ constitutional rights to keep and bear arms.”

Getting rid of the filibuster still wouldn’t solve Democrats’ whip count problem on guns in the 50-50 Senate. Four red-state Democrats opposed the 2013 background checks bill, and the stricter background checks legislation passed recently by the House lacks the support of all 50 Democratic senators. Biden’s calls to ban assault weapons and high-capacity magazines would even heavier lifts.

Biden said his actions are just a “first step” in his efforts to combat gun violence, indicating he’s still eager to see Congress legislate. His best bet probably centers on a modest background checks deal, though Biden was pushing for more on Thursday.

“There’s much more Congress can do,” Biden said, calling on the Senate to pass House Democrats’ background checks bill. Legislators have “offered plenty of thoughts and prayers, members of Congress, but they’ve passed not a single federal law to reduce gun violence. Enough prayers. It’s time for some action.”

And for now at least, Toomey and his Democratic colleagues aren’t ready to give up.

“I look forward to working with [ATF nominee] David [Chipman] and alongside the Biden Administration to further these efforts with legislation. It’s past time for the Congress to act on gun safety reform, and I’ll be fighting tooth and nail to get it done,” said Sen. Chris Van Hollen (D-Md.).

Republicans pray for truce after Trump attacks on McConnell

Biden to nominate Wormuth to be first female Army secretary

Hawley hauls in $3M after attempt to block election results

Rep. Crenshaw says he will be temporarily blind after emergency eye surgery

Only four areas saw a spike in Covid infection rates during...