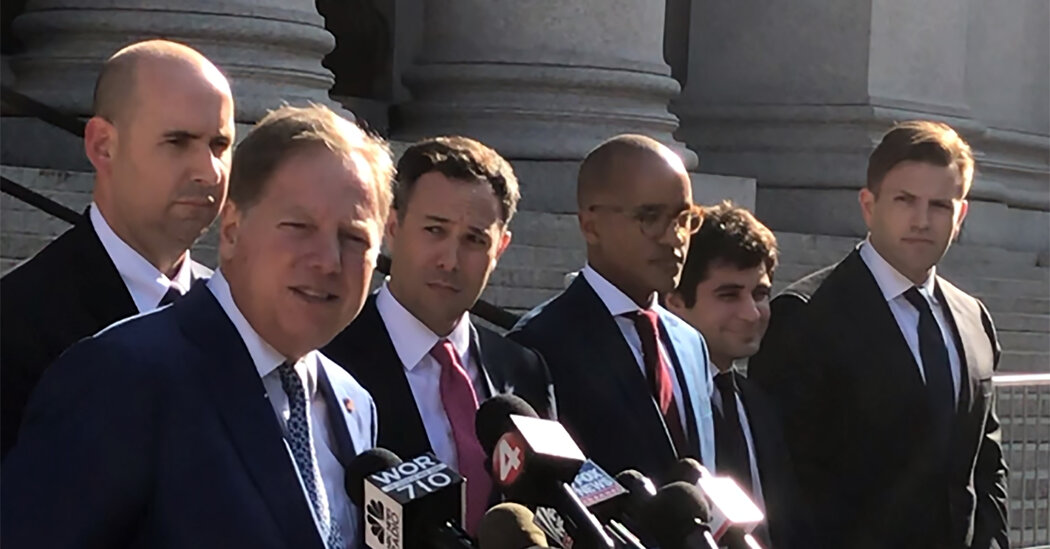 In 2018, the office obtained a guilty plea from Michael D. Cohen, Mr. Trump’s one-time fixer, on campaign finance violations, including a charge that stemmed from a $130,000 hush-money payment to the adult film star Stormy Daniels. Prosecutors said Mr. Trump, referred to as “Individual-1” in court papers, had directed Mr. Cohen to pay the money.

The office also prosecuted Stephen K. Bannon, Mr. Trump’s former chief strategist, who was pardoned by Mr. Trump in his final hours in office. And the Southern District has been investigating whether Rudolph W. Giuliani, another of Mr. Trump’s lawyers, broke lobbying laws in his dealings in Ukraine. Mr. Giuliani has denied wrongdoing.

Mr. Berman, a Republican, was ousted last June after the attorney general at the time, William P. Barr, tried to persuade him to resign so the Trump administration could place an ally in the Southern District post. Mr. Barr eventually allowed Mr. Berman’s handpicked deputy, Audrey Strauss, to fill the job. She was later appointed by the federal court to serve until a new U.S. attorney is confirmed.

Even before Mr. Berman’s firing, the Southern District had to fend off what many prosecutors in the office saw as pressure and interference from Mr. Barr and other Justice Department political appointees.

Mr. Williams is unlikely to have similar issues with President Biden’s attorney general, Merrick B. Garland, a former U.S. appeals judge in Washington. In 2007 and 2008, Mr. Williams was a law clerk to Judge Garland.

After that clerkship, Mr. Williams went on to work as a law clerk for Justice John Paul Stevens, of the U.S. Supreme Court, and later took a job as an associate at Paul Weiss, an influential Manhattan law firm.

In 2012, Mr. Williams joined the U.S. attorney’s office under Mr. Bharara, and he established himself as a widely respected prosecutor who has tried more than a dozen cases to verdict, according to his webpage at New York University School of Law, where he is an adviser. He currently heads the unit that prosecutes Wall Street fraud.

While not common, officers have mistaken pistols for Tasers, sometimes with deadly outcomes.