Jabalpur,Naiduniya Representative. Leopard sighting is reported in Khamaria area. Since this news, there has been an atmosphere of stir. The Ordnance Factory Khamaria management has already pasted a warning notice for the employees on its notice board. It has been said in this notice that employees should not go anywhere alone. Stay in group wherever you go, be vigilant.

The game of eyewitness between Leopard and Jabalpur has been going on for years. Sometimes he is seen in Dumna, sometimes in Nayagaon. Recently a leopard has been reported to be sighted in the premises of Ordnance Factory Khamaria. This information is confirmed by the information posted on the notice board of the factory. It has been written in this information that Tower No.-Nine, located around Section-9 and near the boundary wall of the factory 10, 11 And The presence of leopard has been seen near. Therefore all the employees of section 9 have been advised to remain in the group. Anywhere two or more numbers come and go. So that the possibility of any untoward incident can be avoided.

The ecology of Jabalpur is leopard friendly

Leopard sightings are interesting for Jabalpur but not new. Evidence of the presence of leopard has been found here for decades. Sometimes his footprints were found, somewhere he himself appeared. In the settlements located around Nayagaon and Dumna, the leopard has been often seen in the eyes of the people. But he is so clever that he cannot get caught in the clutches of the Forest Department. About ten years ago, people had seen a leopard sitting on a tree in Khamaria itself. The forest department team had camped near that tree, the leopard kept climbing on that branch throughout the day. Meanwhile, it was night. The forest staff did not stay away from the spot, but when it came in the morning, it came to know that the leopard had disappeared somewhere.

Leopard sighting has been reported near the boundary wall around section-9. Employees have been cautioned to exercise caution. Do not take the risk of going alone anywhere on the premises of Section 9. -Dinesh Kumar, DGM-OFK 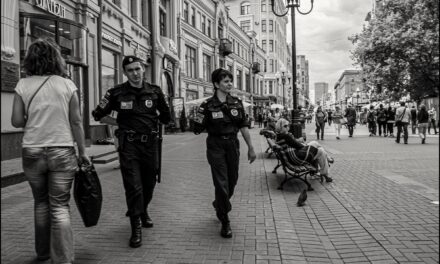 In Rewa, MLA KP Tripathi was summoned for threatening the CEO of the Janpad Panchayat

Choosing the right subject can lead to hard work and perseverance

Case registered against 12 people who beat up

MP Weather News: Chance of rain in many areas of the state including Bhopal Hoshangabad