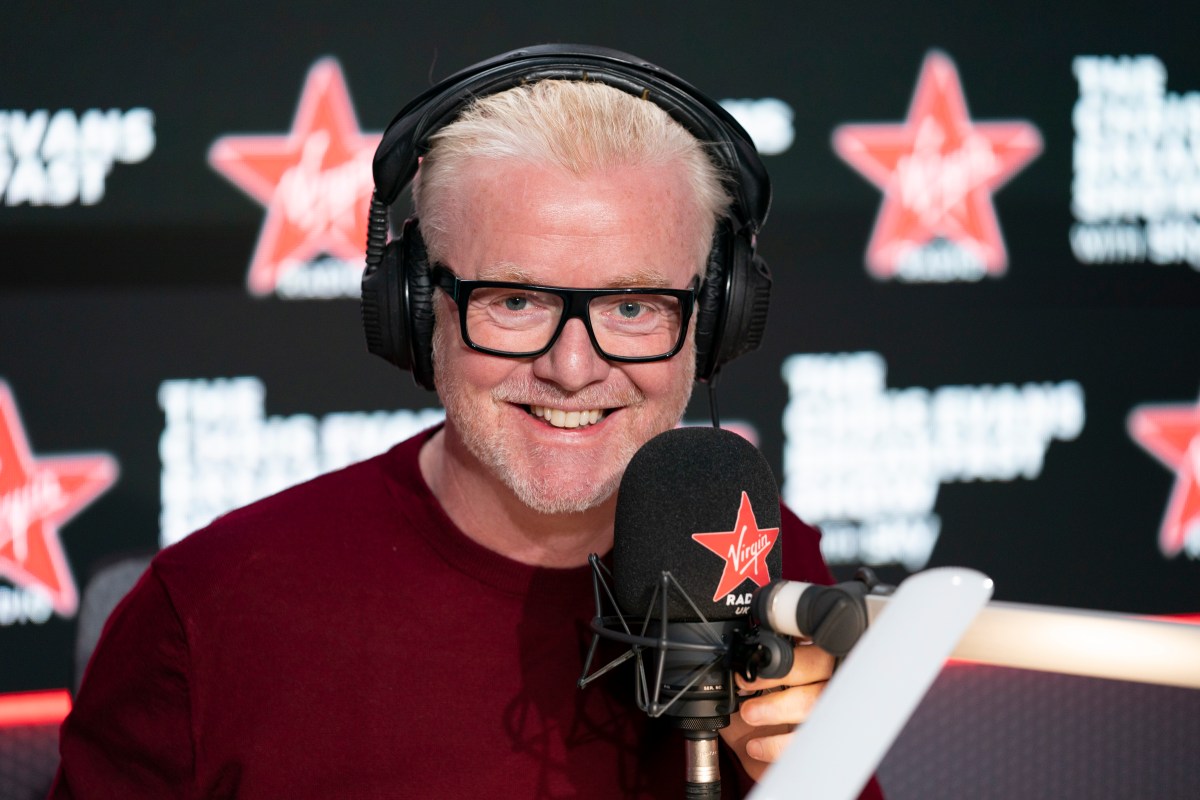 The broadcaster, 54, will miss a second week of work after being left in agony.

A procedure using ultrasound failed to break up the stones on Friday so he needs the operation.

Breakfast Show’s stand-in Sam Pinkham said: “Loads of messages coming in for Christof, which is lovely.

“Obviously, you’re as concerned for him as we are.”

Last week The Sun exclusively revealed Chris was rushed to casualty with kidney stones – after initially mistaking them for trapped wind.

The Virgin Radio DJ, who had crippling stomach pains, spent two nights in hospital following his trip to A&E on Saturday night.

Chris told The Sun: “I thought I had trapped wind and general ‘man pain’ most of Saturday.

COOKING UP A STORM

“I took paracetamol and waited for nature to take its course…. that didn’t happen.

“After an ultrasound scan and CT scan, it was clear I had a kidney stone on the move.

“All the NHS doctors, nurses, porters and consultants were typically amazing, professional, warm, caring – all wrapped up in their usual blanket of selflessness and hilarity.”

Loading...
Virgin Radio’s Chris Evans will have surgery tomorrow to deal with kidney stones as he takes second week off work

Cypress mom of 5 in coma after family, including newborn, contracts COVID-19

A College President Worried About the Risks of Dorm Isolation. So He Moved In.