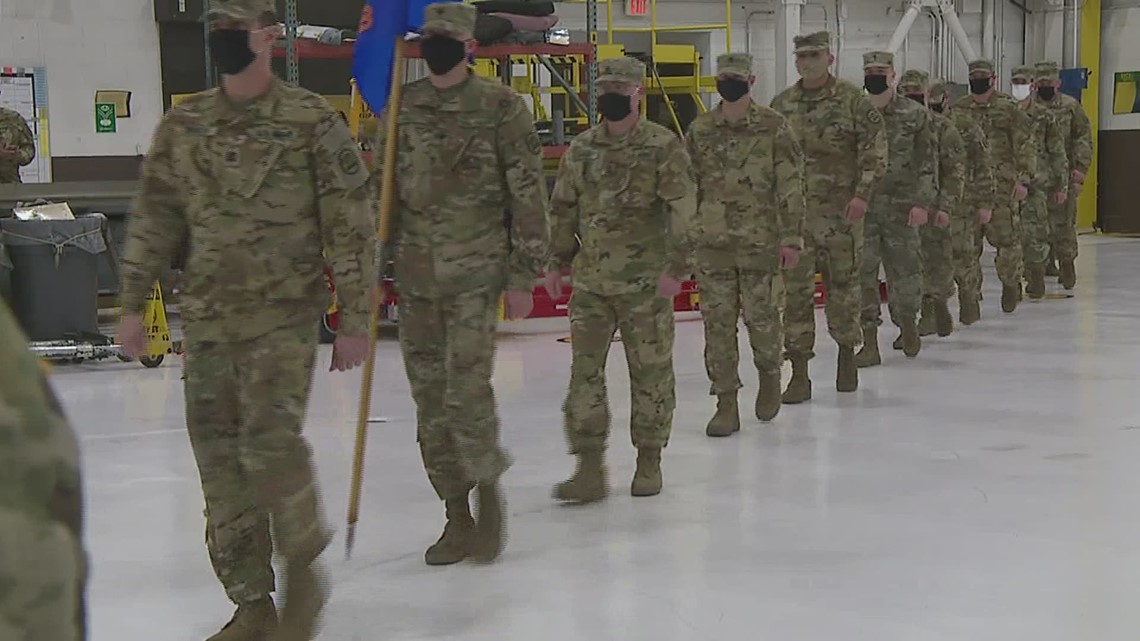 The soldiers’ deployment is expected to last a year.

The soldiers are set to deploy to the Middle East as part of a sustainment mission within the U.S. Central Command area of operations, according to a statement from the Iowa National Guard. There are 27 countries within that command area.

“Their primary mission will be to conduct aviation sustainment operations such as refueling and maintenance in support of U.S. and coalition forces,” read the statement.

As units within the guard come upon their mission year, the number of deployments has increased, said the statement.

“It’s like, I feel ready for it to happen, but I don’t know what it will be like when they leave,” said Molly Smith, whose spouse is being deployed. “I’m excited and scared for him and I say I’m ready, but I don’t know if I’m ready.”

Due to the pandemic, the ceremony was not open to the public as it normally would be, but was streamed on the guard’s Facebook page.

According to the Iowa National Guard’s Facebook page, this unit has flown several times overseas.

Their deployment is expected to last one year.

Temba Bavuma has ‘unfinished business’ after walking in first Test