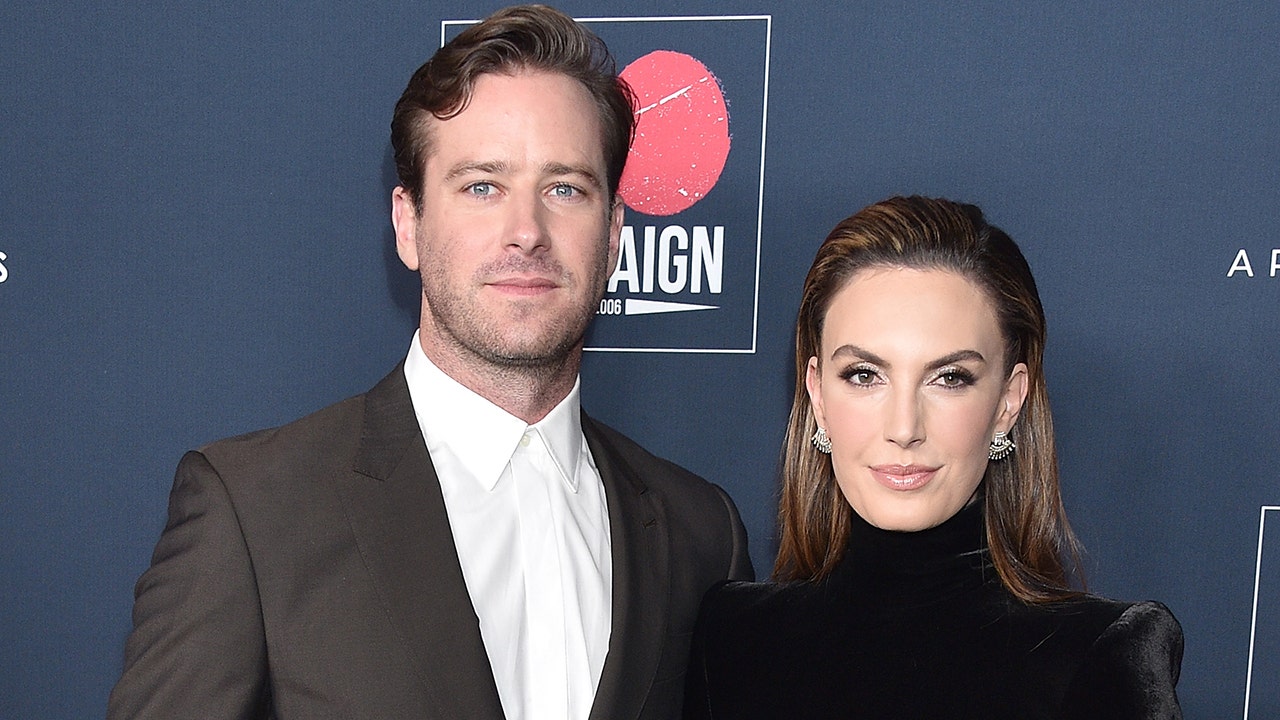 The 34-year-old actor is currently embroiled in a scandal that began last month when private messages that were allegedly written by him — they have not been verified — were leaked containing graphic sexual fantasies, as well as references to cannibalism.

He’s since dropped out of multiple roles as public criticism has continued to mount, and now Chambers, who split from Hammer last summer, has spoken out.

The 38-year-old star shared a simple photo of a sunset on the beach to Instagram on Monday.

Armie Hammer (left) and Elizabeth Chambers (right) split in the summer of 2020. Chambers has now spoken out regarding the actor’s ongoing scandal and has expressed sympathy for victims of abuse. (Photo by Gregg DeGuire/FilmMagic)

“For weeks, I’ve been trying to process everything that has transpired. I am shocked, heartbroken, and devastated,” she began in the caption. “Heartbreak aside, I am listening, and will continue to listen and educate myself on these delicate matters. I didn’t realize how much I didn’t know.”

Chambers then said that she supports “any victim of assault or abuse” and encouraged anyone that’s been through such an ordeal to seek help to heal.

“At this time, I will not be commenting further on this matter,” she stated. “My sole focus and attention will continue to be on our children, on my work and on healing during this incredibly difficult time.”

She concluded: “Thank you for all of the love and support, and thank you in advance for your continued kindness, respect, and consideration for our children and me as we find ways to move forward.”

Armie Hammer has been accused of alleged ‘demonic’ behavior by Paige Lorenze, a former sexual partner. (Photo by Gregg DeGuire/FilmMagic)

The actor has also been accused of alleged “demonic” behavior by his ex, Paige Lorenze, 22.

Several other women have come forward with similar allegations, but Hammer maintains his innocence.

“These assertions about Mr. Hammer are patently untrue. Any interactions with this person, or any partner of his, were completely consensual in that they were fully discussed, agreed upon, and mutually participatory. The stories being perpetuated in the media are a misguided attempt to present a one-sided narrative with the goal of tarnishing Mr. Hammer’s reputation, and communications from the individuals involved prove that,” his attorney, Andrew Brettler, told Fox News in a statement at the time.

Meanwhile, following his exit from “Shotgun Wedding” amid the alleged messaging scandal, Hammer said: “I’m not responding to these bulls–t claims but in light of the vicious and spurious online attacks against me, I cannot in good conscience now leave my children for 4 months to shoot a film in the Dominican Republic,” he told Variety. “Lionsgate is supporting me in this and I’m grateful to them for that.”

Reps for Hammer did not immediately respond to Fox News’ request for comment.

How long Covid sticks to surfaces as virus found to linger...