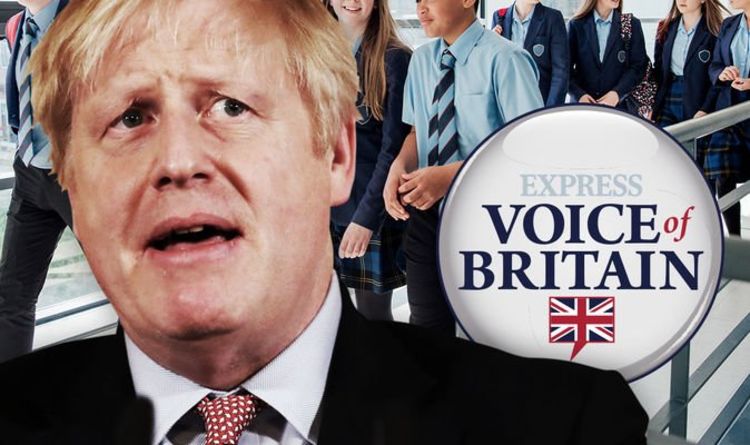 Due to a new strain of the virus, infections have now soared in multiple areas of the country raising fears the Government may need to call a third national lockdown. Amid the return of schools in the new year, there had been calls for schools to remain closed in order to stop the spread of the new strain. In an Express.co.uk poll published at 4.12pm on December 27 – and prior to the Government’s announcement that primary school students as well as Year 11 and Year 13 would return in the first week of January – we asked readers “should schools reopen in January despite new Covid-19 strain?”

A significant 7,619 out of 10,614 responses said schools should remain shut following the Christmas break.

Commenting on the poll, one person said: “If a school is in a Tier 4 area – it must be closed.

“To do anything differently defies logic.”

Another said: “Put their lives on the line, what utter nonsense!”

A third said: “So I’m now in Tier 4 in an area whereby new cases have jumped a huge 5 in a week.

“I can do nothing, but when the kids go back to school I’m effectively interacting with the 100,000’s of people in my area.

“We either have Tier4 and the kids are kept home or put into Tier 2.”

Other children not included in those brackets will be taught remotely for the first week.

Mr Gove’s announcement comes as the Government’s leading scientists have called on the Prime Minister to keep secondary schools closed.

The Scientific Advisory Group for Emergencies stated the R-rate in the UK would soar if school children were allowed to return next week.

The R-rate shows the rate of second-hand infections and is currently estimated between 1.1-1.3.

The infection rate illustrates the spread of the virus across the country and needs to below one in order to control the rate of the virus.

In comparison to the week ending December 20, cases have risen by 57,455 across the country in the last seven days.

Can Biden Still Win? Yes. Here Are the Paths for Him...