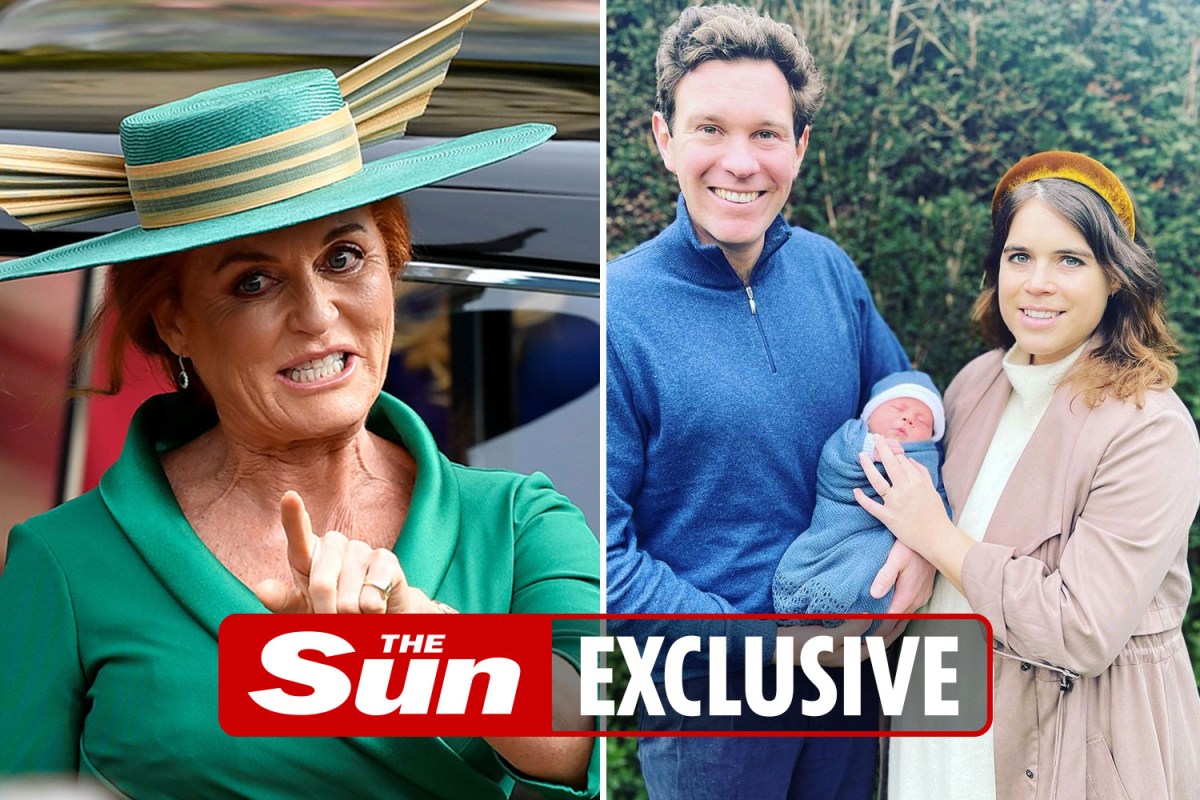 SARAH Ferguson has called for her and Prince Andrew’s first grandchild to be treated with “respect and kindness” amid a turbulent time for the royal family.

The Duchess of York, 61, made the comment following the birth of daughter Princess Eugenie’s son August Philip on February 9.

Meanwhile, Eugenie’s cousin Prince Harry, 36, and wife Meghan, 39, faced a backlash days after the birth when they publicly announced they were expecting their second child on Instagram despite calls for privacy.

The couple have come under further scrutiny for filming a tell-all interview with Oprah Winfrey, 67, prior to permanently quitting the royal family on Friday.

Speaking in a Fergie & Friends video on her YouTube channel for children, the Duchess said: “I believe everyone deserves respect and kindness, whether you’re just born, like my grandson, or whether it’s when you’re 110.

“Everyone is wise and everyone deserves respect and kindness and a smile. Says so much but costs very little.”

Fergie broke her silence on the arrival of baby August yesterday, saying in a statement: “As Grandparents, The Duke and I are thrilled and blessed at the arrival of our grandson August Philip Hawke Brooksbank.

“He is a beautiful blessing and a bringer of such love and joy to all our Family.”

She added she was “so proud” of Eugenie, 30, and the princess’ husband Jack Brooksbank, 35, who “are and will be wonderful parents.”

Eugenie and Jack, who married in October 2018, confirmed their new arrival’s name on Instagram yesterday.

They wrote: “Thank you for so many wonderful messages. Our hearts are full of love for this little human, words can’t express. We are excited to be able to share these photos with you.⁣

“Thank you to the wonderful essential workers including our midwife who came to discharge our boy.”

Thousands of fans could be allowed at Euro 2020, Wimbledon & music festivals

The couple named their son in honour of Prince Philip, who is now spending a sixth day in the King Edward VII’s hospital.

The Duke of Edinburgh was admitted “as a precaution” after feeling unwell on Tuesday and is likely to remain there until next week.

Yesterday, Prince Charles, 72, was seen with tears in his eyes as he visited his father, who will turn 100 in June.