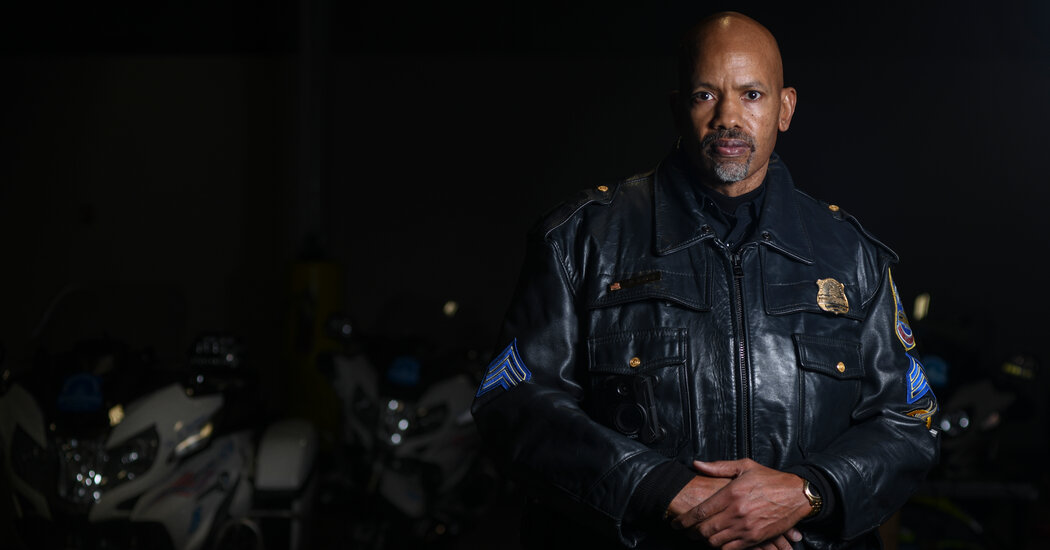 Mr. Brower’s lawyer said he could not be reached for comment.

Sergeant Gross, 50, remembers turning on his police radio on Jan. 6 and hearing that the Capitol had been breached. “I grabbed six others guys,” he said, and they made their way on motorcycles to the carriage entrance of the Senate side of the Capitol.

“The first person I saw was the guy who was dressed like a viking, and I said, ‘Hey, what are you guys doing? Get out of here,’ ” Sergeant Gross recalled. Some complied, he said, but others told him, “Hey, I am a veteran. I have the right to be here.”

Sergeant Gross said he responded, “Hey, I am a veteran, and that isn’t right.” He said it was notable how many veterans he encountered, and how many thought what they were doing was an extension of their service to their country, encouraged by their commander in chief.

“The people at the Capitol actually believed they were doing something right, even though we know it wasn’t right and people lost their lives,” he said. “It was mind-blowing, to be honest with you.”

Criminal complaints, videos and news accounts paint a similar picture. For example, according to an F.B.I. report, Gabriel A. Garcia, a former Army captain from Miami, repeatedly confronted Capitol Hill police officers, taunting them as he ran around the Capitol. “How does it feel being a traitor to the country,” he asked one, according to the report.

Among the most chilling images from the Jan. 6 attack were those of rioters walking through the Capitol draped in or carrying Confederate battle flags. Lawmakers have been trying to eliminate Confederate symbols from the Capitol for years, and the flag’s presence on and around military bases, many of which remain named after Confederate figures, is a sign to many that the military has been too tolerant for too long of extremists in their midst.

Since the Vietnam War, the enlisted ranks of the Army have contained a disproportionately large percentage of minority soldiers, and many Black service personnel have encountered openly racist colleagues and symbols on their bases.