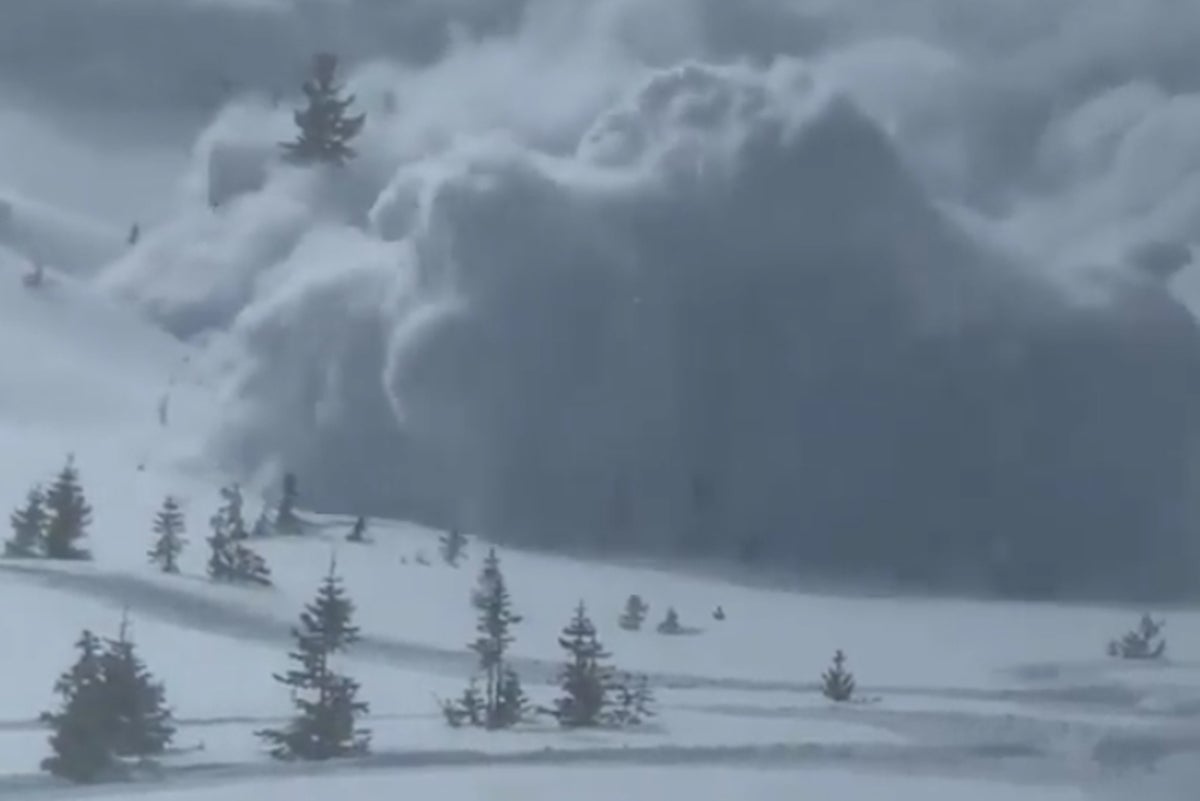 his is the incredible moment a snowmobiler caught an oncoming avalanche on camera that wiped out his Utah’s mountains.

Miles Penrose had to dig out his little brother after he desperately tried to warn other skiers about the tonnes of powder snow hurtling towards them.

“As I finished recording my brother playing in the pow, the mountain shook. My original thought was… earthquake. [Then] it [hit] me, avalanche. As I turned and looked up I could see the snow wave coming,” he wrote on Facebook.

He posted the video as a warning to other skiers to bring the correct avalanche proof gear. It shows the terrifying sight of a wall of snow blasting toward his group. He swears loudly as he remembers his avalanche parachute used to keep him at the surface wasn’t turned on.

The camera darkens with snow covering his party.

Mr Penrose said he yelled at his brother to warn him of the incoming slide.

“A second later the snow hit and the swimming started. Somehow I only moved about 20 yards and stayed on top of the snow (MIRACLE). Only being buried to my lower chest I dug myself out”, he added.

“Let me tell you there is no worse feeling than having your little brother buried. I followed his voice and saw the top of his black helmet and his voice and started digging. About 60 seconds later I had his face uncovered.”

He added his other younger brother somehow managed to outrun the falling snow.

The avalanche came just hours after four people were killed after being buried in an avalanche in Millcreek Canyon.

The Unified Police Department has confirmed that the four deceased skiers are: