Jabalpur News: Fines recovered from those who damage railway property

Jabalpur, New Dunia Rep. Expressing strong objection to those who caused damage to railway properties in Jabalpur Railway Division by hitting them with vehicles, the Railway Court has given orders to recover compensation amount from them as compensation.

Railway Magistrate Manjul Kumar Singh, during the hearing of the cases presented by the Railway Protection Force, on the driver of the vehicle who hit the boom lock of Sumri gate of Sagar Jaruakheda 30 thousand rupeesdrink, For damage to the level crossing gate near Anuppur 18500 Rupeedrink , On breaking the Shankargarh Majhiyari gate 74 Thousand, In Pipariya Gurmkhedi, the driver was arrested for breaking the upboom of the railway gate. 50 Thousand and Level Crossing Gate No..11 On the driver there for breaking the boom lock 15 He has deposited Rs.

Veterinary University Jabalpur: Will do internship wherever it is to save delay in degree

In fact, these days the Railways has taken many important steps for the protection and security of its property. Not only by the RPF but also by the departments of the railways, their own property is being protected. In case of any lapse in security, the Railways has directed the concerned officer and department to take action. This is the reason that these days railways is taking immediate and strict action against those who damage railway property. The railways suffered heavy losses due to theft of material lying on the side of the railway track., But now after the steps taken for safety, the railways has breathed a sigh of relief. During the protection of railway property, many such vicious thieves have also been caught who were already not only damaging railway property but also stealing it. 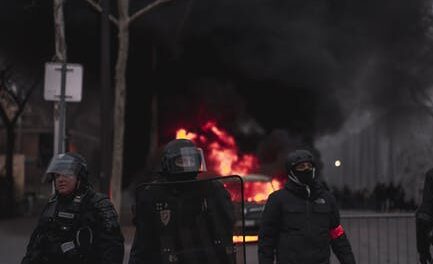