Unlock In Jabalpur: A case has been registered against a pot shop seal seven for not obeying the orders of the shops of the city open according to the right-left rule.

Jabalpur, New Dunia Rep. The city has been unlocked as soon as the corona weakens. On the demand of the Chamber Officer and the traders, Collector and District Magistrate Karmaveer Sharma, while amending the order of Unlock, has also given permission to open all the shops and establishments on the basis of right-left rule. Traders also complied with the order and opened a (left) side shop, establishment in the city on Friday and did business. The view was that on the first day, not only in the main market area Bada Phuhara, Kamaniya, Kotwali Sarafa, Mukadam Ganj but also in the less crowded areas Ghampur, Chungichowki, Adhartal, Gadha, the traders followed the orders on the left side by the day. Opened and traded.

However, some merchants were seen disobeying the order by opening half the shutters of the shops in the pursuit of earning. One such utensil shop has been sealed in Kotwali, inviting the third wave of Corona. While the administrative officers lodged an FIR against the shop operator. Similarly, a case under section 188 has also been registered against seven shopkeepers for opening a shop simultaneously, bypassing the right-left rule in the intensive market area, Galla Mandi.

Jabalpur News: The worker was pressing for hours in the borewell machine, when the machine was lifted from the crane, the dead body was found, four injured

Utensils, clothes were selling by opening half the shutters: On the instructions of the Collector to comply with the order, the administration and the police team continued to tour the city. In the Kotwali area, in the morning, the joint team of administration and police sealed the utensil shop opened in violation of the prescribed order. According to Naib Tehsildar Aadhartal Sandeep Jaiswal, an FIR has also been lodged against the operator of a utensil shop named Utensil Corner. Apart from this, action was taken against two shops of Galla Mandi, Ayush Jain Kirana, Tariq Traders, Shreeji Fancy Clothing and two other shops under section 188. Shop operators were found doing business with half the shutters open. During the action, Tehsildar Adhartal Rajesh Singh, station in-charge Kotwali Anil Gupta were also present.

Open but closed view: The picture of the city also changed with the formula of opening shops on the left side on one day and on the right side on the second day. Even though the market was open, it looked closed. The crowd of people was also controlled. The administrative, police and municipal teams also continued to tour the city to follow the rules and by making announcements, instructing them to follow the guidelines issued to prevent corona infection.

Bypassing the rules at mobile shops, crowd gathered:The maximum crowd in Unlock was seen in the mobile shops of Naudrabridge position. There was a huge crowd of people here to buy mobiles. Here no one cared about the physical distance of two yards or sanitization. In small shops, more people were entering than capacity. Vehicles parked halfway across the road also continued to create problems in traffic.

Here are the right-left rules:

– from east to west

Shops on the left will open on Monday, Wednesday and Friday

The shops on the right side can be opened on Tuesdays, Thursdays and Saturdays.

– from north to south

Shops on the left will open on Monday, Wednesday and Friday

Jabalpur News: The power of inner reason can be known by the experience of comma

The shops on the right side can be opened on Tuesdays, Thursdays and Saturdays. 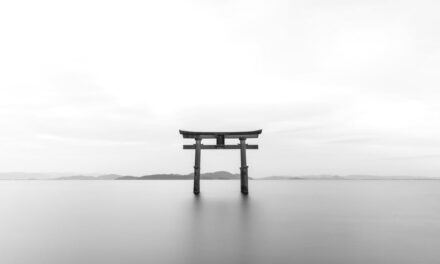