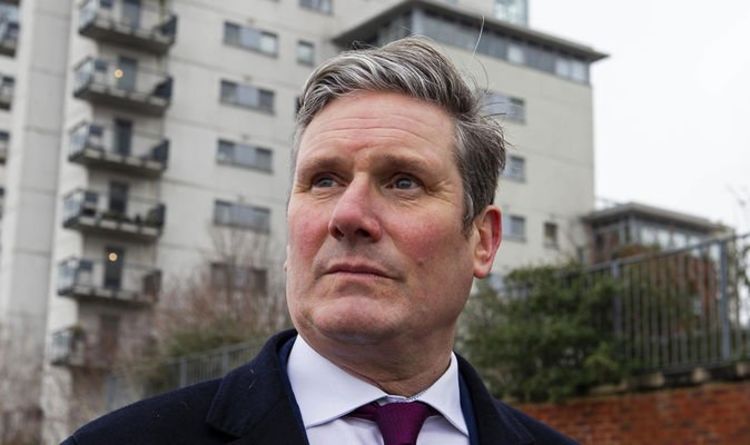 The 234-page document, titled ‘Remaking Of The British State: For The Many, Not The Few’, lays out a programme for Government should Labour win a general election. It said: “Socialists should seek to reorder the British state and hardwire the constitution in favour of socialist objectives.”

According to the Daily Mail the report is stamped as being “produced on behalf of the Labour Party”.

However allies of Keir Starmer have sought to distance the current Labour leader from the proposals claiming they were commissioned when Jeremy Corbyn ran the party.

The report stated: “In recognition of the past wrongdoings of the British state, the new constitution should make an unreserved apology to all of the countries of the world that the Empire invaded and negatively impacted.

“In addition, the British state should set up a reparations fund as part of the constitution, which offers financial assistance to communities across the world that can show loss and detriment as a result of the actions of the British state.”

Financial payments should be made from taxpayers’ money if “the British state owed the claimants in question a duty of care” according to the document.

There has been a renewed focus on the impact of British imperialism and racial justice following last summer’s Black Lives Matter protests.

At its height the British Empire controlled around a quarter of the globe and contained a little under 25 percent of its population.

The death of George Floyd, a black man killed by US police in Minneapolis, last May sparked a wave of protests across the world.

He said: “The last leadership were always getting reports like this written in order to keep their friends happy.

A party source added: “This report was commissioned by the previous Labour leadership. It does not reflect party policy.”

In December 2019 Labour suffered its worst election defeat since 1935 to Boris Johnson’s Conservatives.

In response Mr Corbyn announced his resignation as leader and was replaced by Mr Starmer following an internal party election.

She claimed it represents a “dangerous trend in race relations, an ideology that sees my blackness as victimhood and their whiteness as oppression”.

The Minister added any school that teaches “elements of political race theory as fact, or which promotes partisan political views such as defunding the police without offering a balanced treatment of opposing views, is breaking the law”.

On Thursday Mr Starmer called for compulsory hotel quarantine for all those who arrive in the UK to guard against new coronavirus variants.

He commented: “Failure to secure our borders is jeopardising the fight against Covid.”

Biden says Cruz and Hawley are part of ‘the big lie’...