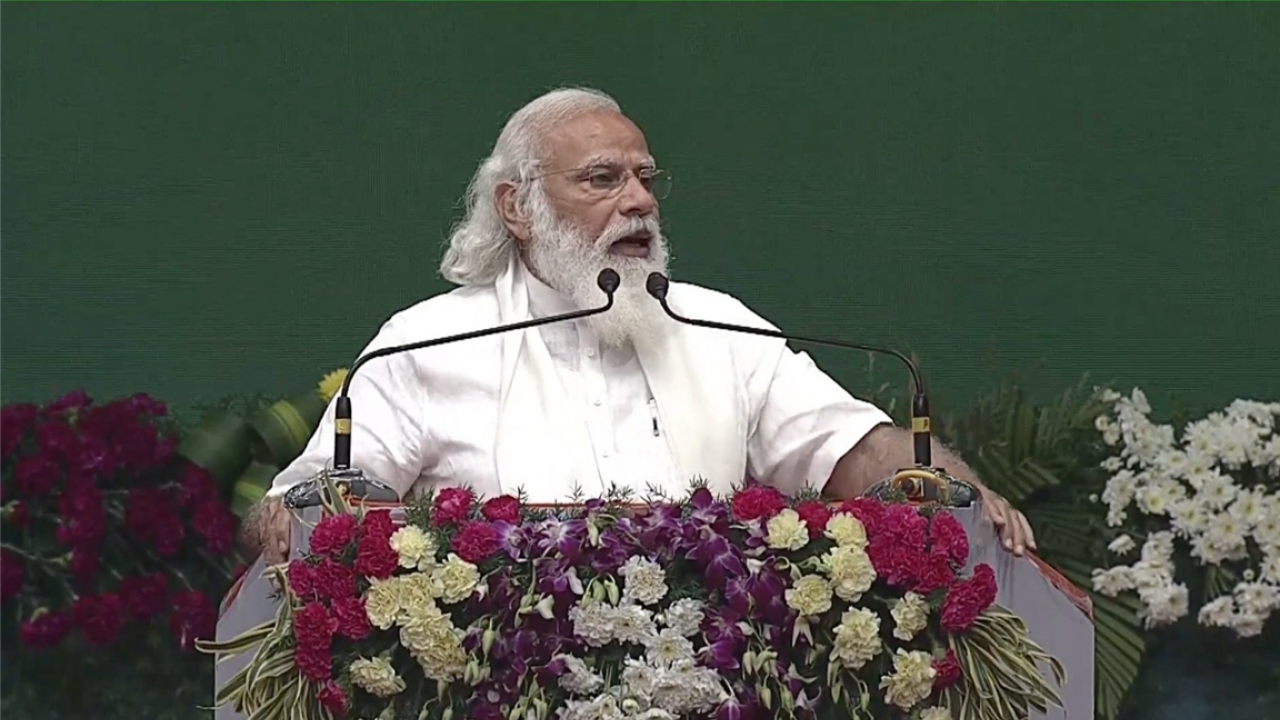 Prime Minister Narendra Modi on Sunday paid tribute to the security personnel who were killed in a terror attack in south Kashmir’s Pulwama in 2019.

“No Indian can forget this day. Two years ago, the Pulwama attack happened. We pay tribute to all those men martyred in the Pulwama terror attack,” Modi said during his visit to Chennai.

The Prime Minister said that the people were proud of the Indian security forces and their bravery would continue to inspire generations.

He said the country’s armed forces had shown time and again they were fully capable of protecting “our motherland”.

On February 14, 2019, a car filled with explosives had exploded near a Central Reserve Police Forces convoy while on its way to Srinagar from Jammu, killing 40 men.

“They have shown time and again that they are fully capable of protecting our motherland. Time and again they have also shown India believes in peace, but India will protect sovereignty at all costs. Sainya shakti and dhairya shakti (strength and courage) of our forces are remarkable,” the PM said.

The Prime Minister was speaking after the inauguration and foundation stone laying ceremony of several key projects in Chennai.

Modi inaugurated a slew of infrastructure projects which he said were examples of innovation and the idea of ‘Swadeshi’ which would promote development.

Inspired by Bharati’s vision, India has undertaken a massive effort to become self-reliant in the defence sector, the Prime Minister said.

“One of the two defence corridors is located in Tamil Nadu. It has already received an investment commitment of over Rs 8,100 crores. Today, I am proud to dedicate to the nation one more warrior to protect our frontiers. I am proud to hand over the indigenously designed and manufactured Arjun Main Battle Tank (MK-1A),” he said.

The Prime Minister also inaugurated the Chennai Metro Rail Phase-I extension completed at a cost of Rs 3,770 crore and flagged off passenger services from Washermenpet to Wimco Nagar. He noted that the work was completed on time despite the Covid-19 pandemic. He said the material for the 9.05-km stretch was procured locally and supports his idea of ‘Aatmanirbhar Bharat’.

Modi also inaugurated 22-km fourth railway line between Chennai Beach and Attipattu. It will be an additional track to Thiruvallur districts meant to ease traffic from Chennai Port.

Inside abandoned bunker with disturbing message left scrawled on the walls