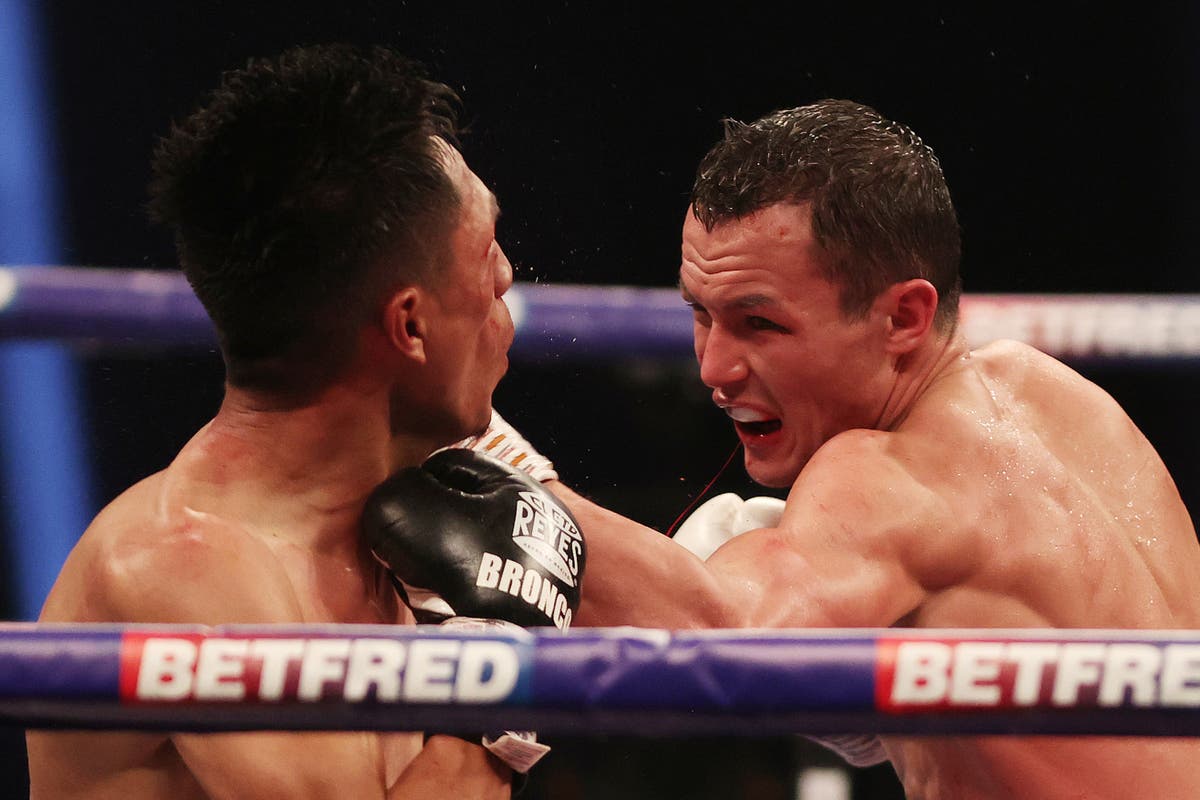 osh Warrington says he will come back stronger after suffering the first loss of his boxing career against Mauricio Lara.

The Leeds fighter – in his first fight since October 2019 – required oxygen immediately after the defeat but was able to walk out of the arena by himself before being taken to hospital for precautionary checks.

The 30-year-old provided an update on Sunday evening, but seemed eager to return to the ring and improve his record which now reads 30-1.

He wrote on Twitter: “Thank you for all the well wishes, I’m back home with the family and recovering! Big congratulations to Lara, that lad can punch. The Warrior will return!”

The manner of his defeat led to questions about whether he should have been allowed to keep fighting.

Warrington appeared unsteady on his feet after being knocked down in the fourth round at the SSE Arena, Wembley.

Referee Howard John Foster eventually stopped the fight in the ninth round after Lara connected with a full-blooded one-two.

But Boxing pundits Adam Booth and Johnny Nelson both feel the stoppage came too late.

“If I was in his corner I would have thrown the towel in. You could see from his legs he hadn’t recovered in the fifth round. I don’t think he knew what he was doing from that point on.

“He didn’t look like he knew where he was and it looked like a knockout waiting to happen from that point on. I didn’t enjoying watching if I’m honest because I don’t think it should have carried on.”

Former world cruiserweight champion Nelson added: “The beating that he took in there ages a fighter. That will affect a fighter in years to come.

“If this was the other way round and that was Lara put down in the fourth round that fight would have been done.

“I bet Josh Warrington cannot remember anything past the first knockdown – that’s madness. It was like he had no shock absorbers, so you know if guys get hit hard they are going to get knocked out hard.”