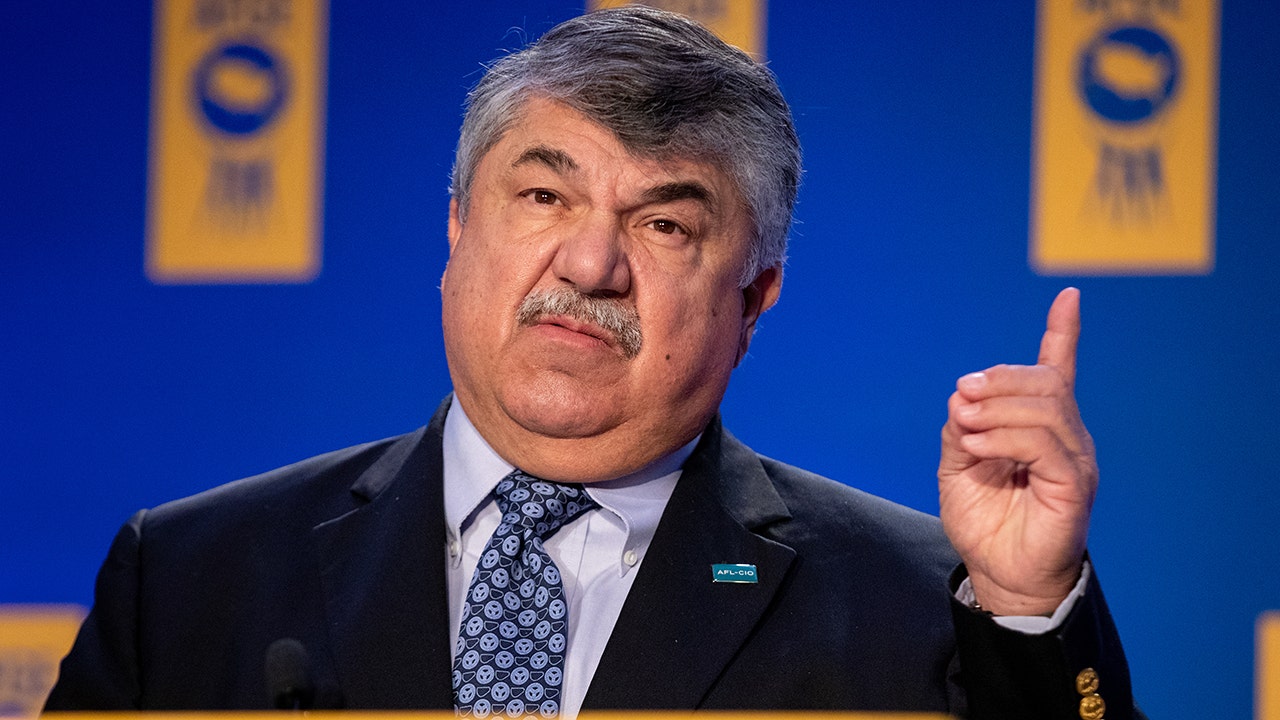 The leader on one of the most prominent U.S. labor unions said he regretted President Biden’s move to derail the Keystone XL pipeline project on his first day in office in a new interview.

“I wish he hadn’t done that on the first day,” AFL-CIO President Richard Trumka told journalist Jonathan Swan on “Axios on HBO.”

Labor groups have said Biden’s day-one decision to nix the Keystone pipeline eliminated 1,000 union jobs off the bat and could kill ten times more in construction jobs that were expected to be created by the project.

Richard Trumka, president of the American Federation of Labor &amp; Congress of Industrial Organizations (AFL-CIO), speaks during the American Federation of Government Employees (AFGE) Legislative and Grassroots Mobilization Conference in Washington, D.C., U.S., on Monday, Feb. 10, 2020. President Donald Trump released his annual budget Monday, proposing deep cuts to social programs but increases in defense and entitlement spending that would push the gross federal debt above $30 trillion over the next decade. Photographer: Amanda Andrade-Rhoades/Bloomberg via Getty Images

“I wish he had paired that more carefully with the thing that he did second, by saying here’s where we’re creating jobs,” he said.

He said Washington politicians should consider that Americans don’t want to move across the country for a new job out of the blue – something he gave Biden credit for subsequently proposing.

“We can do mine reclamation, we can fix leaks and we can fix seeps and create hundreds of thousands of jobs in doing all of that stuff,” he said.

That’s an improvement over widely panned calls for energy workers to “learn to code” and job training programs that fill equip workers with skills sought after on the opposite side of the country.

“If you destroy 100 jobs in Greene County, Pennsylvania, where I grew up, and you create 100 jobs in California, it doesn’t do those 100 families much good,” he said.

Trumka’s criticism of job training programs may have been a subtle jab at Biden, whom he frequently praises. The president once told laid-off coal miners to “learn to code.” (Former President Barack Obama has also made similar comments.)

But he mostly spoke in favor of Biden in general and his separate plans for mine reclamation and cleanup projects that would create new jobs in the same communities where workers were being laid off.

“[Biden] also promised to create jobs, good union jobs, and be the best union president we ever had, and I believe he’ll do that as well,” Trumka said.