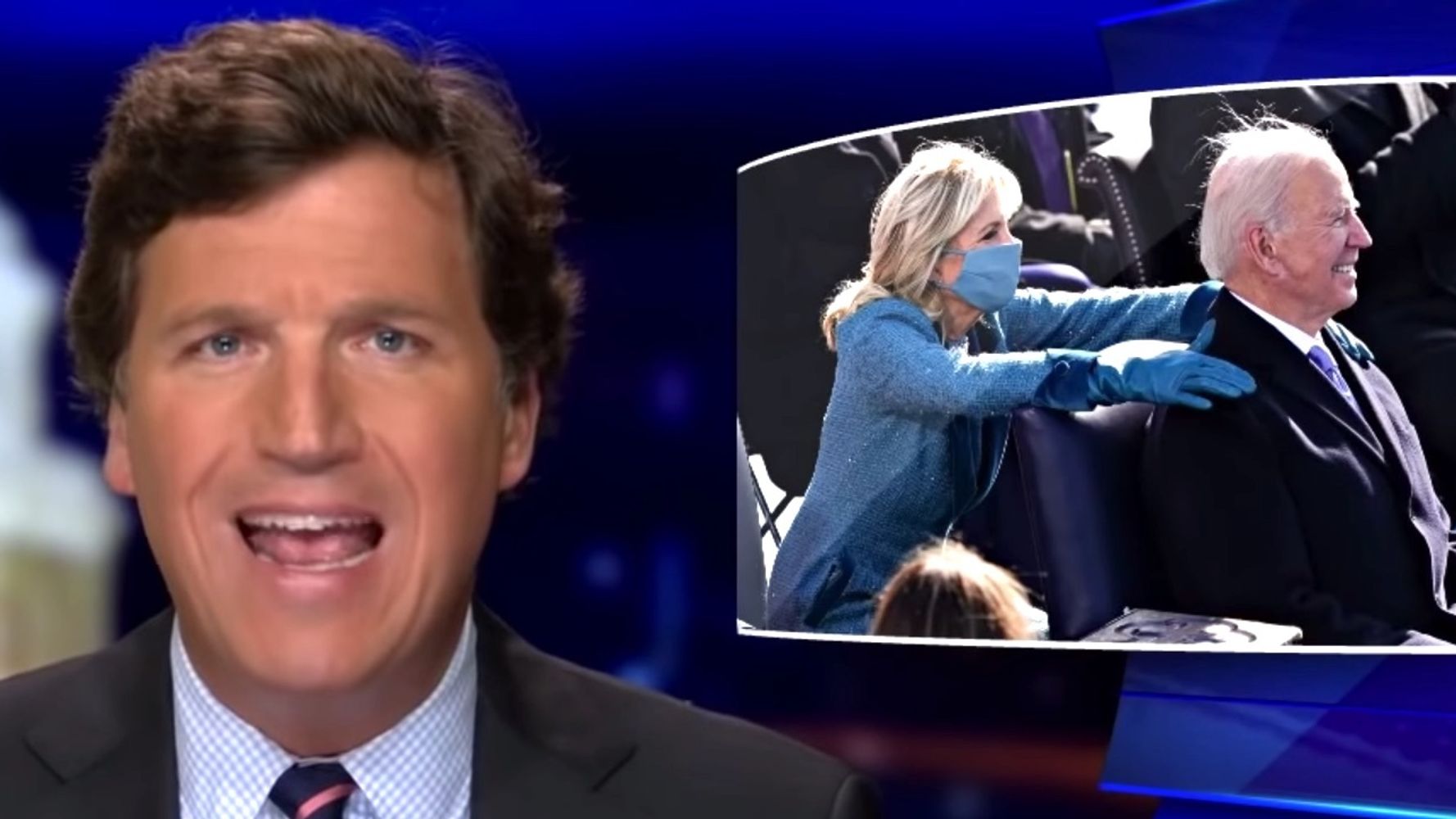 Carlson, triggered by Valentine’s Day coverage of the overtly affectionate first couple, launched into a riff of over-the-top mock praise of the Bidens’ relationship based on those media reports.

“Not since Antony dined with Cleopatra in downtown Antioch ― before they killed themselves, obviously ― has a country witnessed a love story as poignant as Jill and Joe’s,” he sarcastically declared, adding:

“Jill Biden is not Joe’s caretaker. She isn’t his nurse. She’s his fully equal romantic partner. Together, they are like besotted teens, yet, at the same time, they are the wise and knowing parents of a nation.”

Then he mocked both the coverage and the couple.

“So it’s official: The Bidens’ affection is totally real. It’s in no way part of a slick PR campaign devised by cynical consultants determined to hide the president’s senility by misdirection,” he said, his voice rising a pitch and turning into a cackle. “Not at all! Their love is as real as climate change.”

Normally that would mean the first couple’s relationship is on solid footing, given that climate change is real.

But Carlson, like many figures on the right-wing network, is a longtime science denier who has attacked everything from vaccines to climate change… so the comparison wasn’t exactly sincere.

His full monologue is on YouTube. But on social media, critics weren’t exactly feeling the love for Carlson’s latest claims:

Will someone please cancel this dishonest a$$? https://t.co/1V5RAuZnQE

WTF is wrong with this guy? I mean, really.
What a freak. https://t.co/DITmV9Bz3E

Tucker couldn’t even find a tan suit to attack Biden with https://t.co/KMxLn66Kel

RHOC’s Dawn Ward to be a grandmother at 47 as daughter...