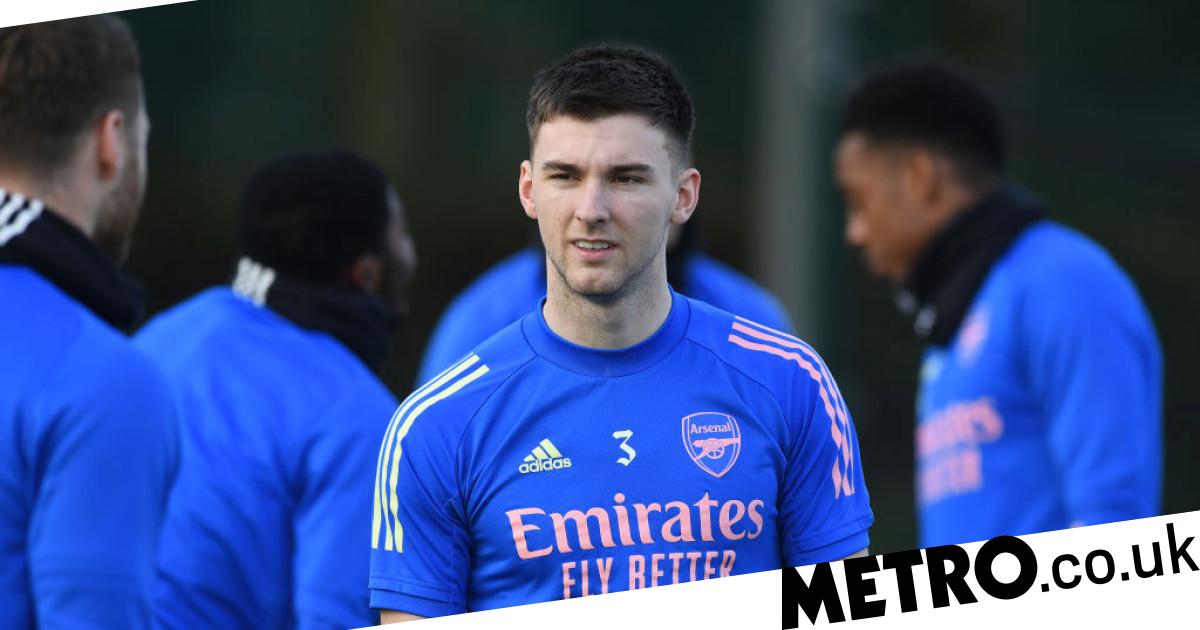 Arsenal boss Mikel Arteta has been boosted ahead of his side’s Europa League clash against Benfica by the return of Kieran Tierney to training.

The Scotland international has missed Arsenal’s last six matches in all competitions with a leg injury and Arteta was unsure whether he would return in time for the first leg against Benfica, which is being played in Athens, Greece.

Tierney has been Arsenal’s standout performer this term alongside Bukayo Saka and the Gunners have missed the Scot’s attacking prowess down the left hand side in his absence.

However, Tierney was pictured back in training today before Arsenal jet out to Greece and the former Celtic captain could feature against the Portuguese giants.

Arsenal released a video on their social media platforms today that shows Tierney was involved in a small-sided match.

Arsenal are set to be without Thomas Partey, who sustained a hamstring strain earlier this month.

While Tierney may not be ready to start against Benfica, it’s a significant boost for the Gunners ahead of this weekend’s Premier League clash against Manchester City.

Arteta admitted the Ghanian was unlikely to return after Arsenal’s 4-2 win against Leeds on Sunday but he did suggest Tierney was closer to a return.

‘It seems unlikely at the moment. But probably if there is one player who has got a bigger chance, it’s Kieran, because probably in the next few days he can start to do some parts with the team,’ said Arteta.

“But I don’t know how it is going to evolve when he gets a little bit closer to training with the group.’

‘The coughing would not stop’: MP talks of ‘unbearable pain’ of...