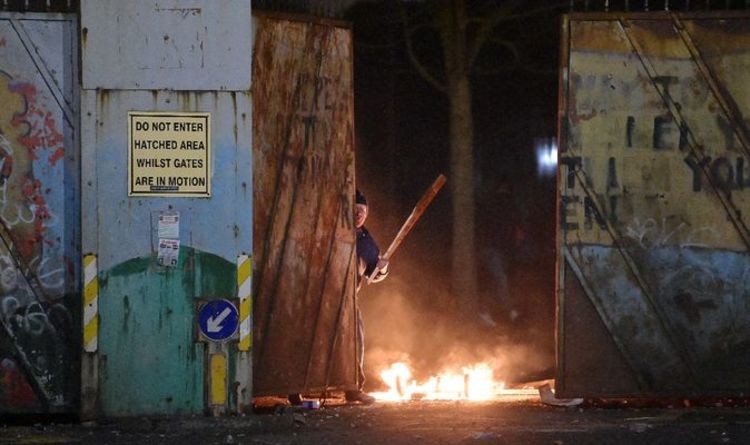 Ireland, both the Northern territory and the Republic of Ireland, has historically been plagued with violence and wars known as ‘the troubles’. The riots have been going on for six nights in the Northern Ireland capital of Belfast, with the Police Federation saying seven officers were injured as violent clashes erupted at the Shankhill and Springfield Road interface in west Belfast. The Northern Ireland executive held an emergency meeting on Thursday morning to discuss the disorderly conduct that kicked off on Good Friday – a historically significant day for Northern Ireland’s peaceful resolution.

Why have riots broken out in Belfast, Northern Ireland?

Basically, the violence and rioting in Northern Ireland comes down to Brexit.

While many may be wondering what all the fuss is about given that Brexit’s been done and dusted for a while now, Northern Ireland’s a little bit different.

Loyalists in the country are angry at the new trading arrangements under a mechanism known as the Northern Ireland protocol.

Northern Ireland stayed in the EU’s single market following the Brexit divorce, meaning customs checks are needed on goods entering Northern Ireland from the rest of the UK.

This move effectively created a border in the middle of the Irish Sea in an effort to stop a hard border on land – an essential aspect of the Good Friday peace deal that brought an end to decades of violence between loyalists (loyal to the UK) and republicans (want a united Ireland).

The trading arrangements have caused some unforeseen disruption to trading in food supplies, plants and online deliveries.

Rather more importantly, however, loyalists believe the new rules cut Northern Ireland adrift from the rest of the UK, therefore threatening their British identity.

This view is shared on a political scale by Northern Ireland’s unionist parties, including the Governing Democratic Unionist Party, headed by Arlene Foster.

Since the end of the Brexit transition period in January, there has been growing discontent within the loyalist community over the Irish Sea border.

Graffiti has been spotted over the last few months on walls in Northern Irish ports describing staff members working there as “targets”.

Mr McEwan added the disgruntled feeling “has not manifested itself in any outworking at this point”.

The First Minister, Ms Foster, condemned the violence in Belfast and urged young people not to get involved in criminality.

She said: “I know that many of our young people are hugely frustrated by the events of this last week, but causing injury to police officers will not make things better.

“I appeal to our young people not to get drawn into disorder, which will lead to them having criminal convictions and blighting their own lives.”

Ms Foster added: “I also ask parents to play their part and be proactive in protecting their young adult.”

Pelosi names nine Democrats who will lead the impeachment effort.