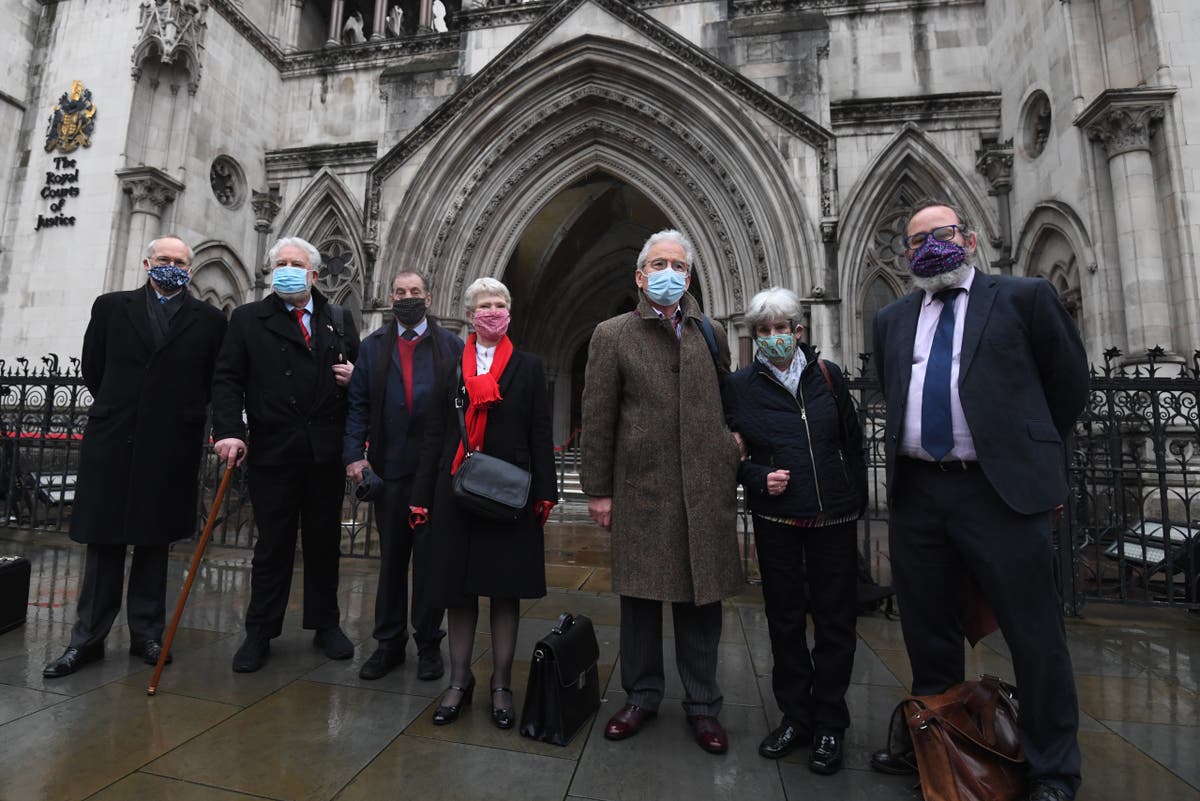 embers of the so-called Shrewsbury 24, who challenged their convictions for picketing nearly 50 years ago, will find out if the Court of Appeal has cleared their names.

Two dozen trade unionists who picketed during the 1972 national builders’ strike were charged with offences including unlawful assembly, conspiracy to intimidate and affray for picketing, with 22 of them convicted.

Lawyers representing 14 of the Shrewsbury 24, including The Royle Family star Ricky Tomlinson argue the destruction of original witness statements means their convictions are unsafe.

They also claim the broadcast of a documentary, Red Under The Bed, during the first of three trials in 1973 and 1974 was “deeply prejudicial” as it would have “provoked panic in the mind” of the jury.

On Tuesday morning, the Court of Appeal will give its ruling on the 14 appellants’ challenge to their convictions.

At a hearing in February, the court heard that a “covert Foreign Office agency” provided “considerable assistance” in making the programme, which was praised by then prime minister Edward Heath.

Danny Friedman QC, representing 12 of the pickets, told the court that “the higher echelons of the state bore responsibility for deliberate covert involvement in the production of the programme”.

He argued that “a covert executive agency played a part in deliberately propagandising against the core subject matter of the proceedings”, which meant the convictions were unsafe.

But John Price QC, representing the CPS said the “fresh evidence” about the making of Red Under The Bed was “wholly irrelevant”, and did not “show any link at all between the scheduling of the broadcast and the trial”.

Mr Price also said the judge in the first trial “had already directed the jury in strong terms that political considerations of any kind were irrelevant”.

At the conclusion of February’s hearing, Mr Tomlinson, who was jailed for two years for conspiracy to intimidate and affray, called for a public inquiry into the role of the “secret state” in the prosecutions of the Shrewsbury 24.

Mr Tomlinson said that “every person in the UK must question how the secret state has used subterfuge, a secret strategy and dirty tactics to criminalise the Shrewsbury 24, who were only guilty of striking for better pay and for better health and safety at work”.

The Court of Appeal’s judgment is being handed down at 10.30am on Tuesday.