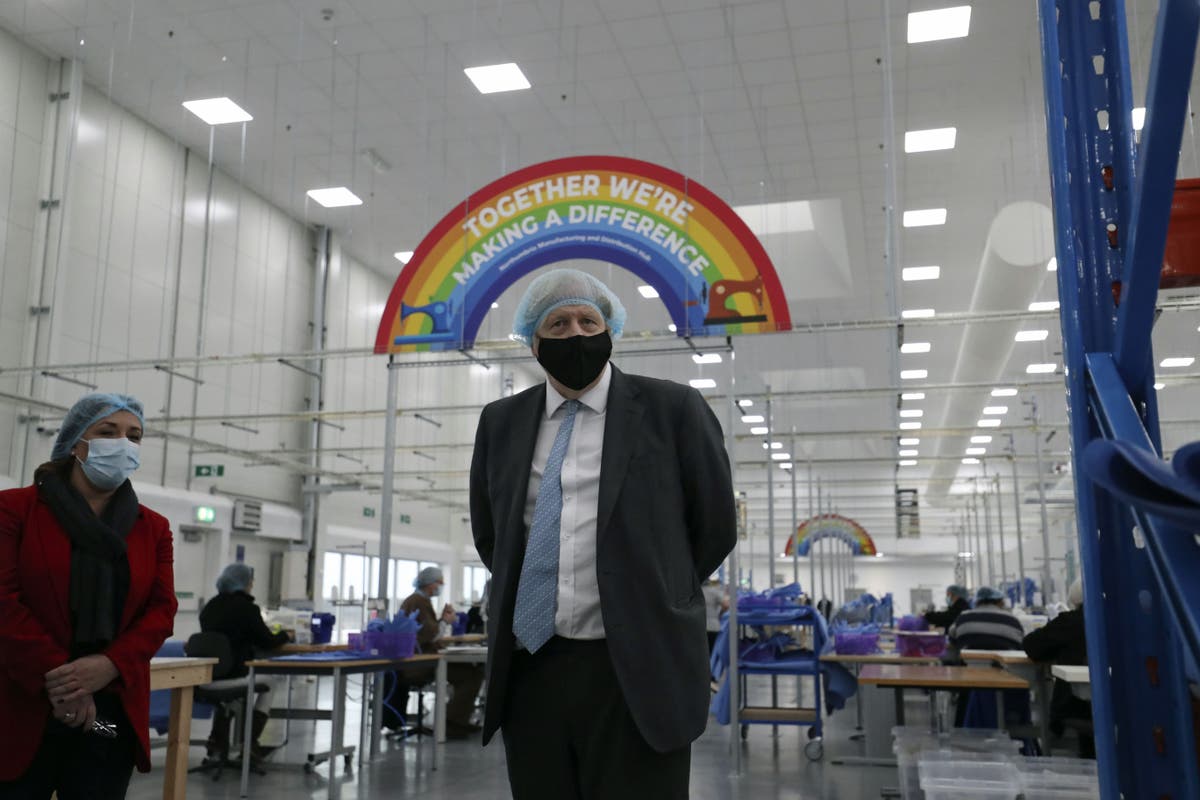 oris Johnson has said coronavirus restrictions are being eased “once and for all” as the UK marks the anniversary of the first national lockdown.

The Prime Minister offered his “sincere condolences to those who have lost loved ones” and praised the “great spirit” displayed ahead of the nation pausing in remembrance on Tuesday.

With the official death toll passing 126,172 deaths, Mr Johnson warned a third wave of Covid-19 cases being seen in France and Italy could “wash up on our shores as well”.

He will face lockdown-sceptics on the 1922 Committee of backbench Tory MPs in an attempt to quell unease over his plan to ease restrictions ahead of a Commons vote later this week.

But they are likely to be further angered by proposals to legally require care home workers to be vaccinated, and for foreign holidays to continue being outlawed until at least June 30.

Ahead of a minute’s silence at midday, Mr Johnson praised those who developed and rolled out vaccines, parents who homeschooled their children and the public who endured social distancing.

“It’s because of every person in this country that lives have been saved, our NHS was protected, and we have started on our cautious road to easing restrictions once and for all,” he said in a statement.

But on Monday, he highlighted the precariousness of the situation, warning of a fresh wave of infections in Europe, adding “experience has taught us that when a wave hits our friends, it washes up on our shores as well”.

“I expect that we will feel those effects in due course,” Mr Johnson told broadcasters, stressing the need to swiftly administer vaccines with international cooperation.

Diplomatic efforts continued in a bid to ward off a possible ban on vaccine exports from the European Union amid a row over supplies.

But as a month-long lockdown returned to several French regions including Paris, health minister Lord Bethell raised the prospect of all Europe being put on the UK’s travel “red list”.

Just over 10% of adults have received their first vaccine dose across the EU, compared to the UK’s figure exceeding 53%.

On Thursday, the Prime Minister faces a showdown with Tories opposing lockdown restrictions when MPs vote to extend emergency powers in the Coronavirus Act for another six months.

If approved, it would take them beyond the June 21 date earmarked in the Government’s road map for all restrictions in England ending.

Fifteen provisions no longer required were being removed or suspended in a move that may ease tensions but ministers said the Act needs extending to support the furlough scheme and the extension of statutory sick pay.

After taking part in the minute’s silence privately, Mr Johnson was expected to address the 1922 Committee on Tuesday evening.

One issue MPs are likely to grill him on are Government proposals to legally require care home workers to receive Covid jabs in order to boost uptake among those looking after some of the most vulnerable citizens.

The Telegraph reported leaked details of a paper submitted to the “Covid O” sub-committee of Cabinet saying Mr Johnson and Matt Hancock had backed the controversial proposal.

“The Prime Minister and the Secretary of State have discussed on several occasions the progress that is being made to vaccinate social care workers against Covid-19 and have agreed, in order to reach a position of much greater safety for care recipients, to put in place legislation to require vaccinations among the workforce,” one line was said to read.

Legislation published on Monday suggested anyone who tries to leave the UK without a reasonable excuse could be fined up to £5,000.

End-of-life charity Marie Curie was arranging the day of remembrance, with monuments across London, Cardiff and Belfast set to be illuminated yellow, and churches and cathedrals will toll bells, light thousands of candles and offer prayers.

Photo of Philip, Queen and great-grandchildren released before funeral

PM must approve indyref2 sooner rather than later to win, claim Scottish Greens

Temba Bavuma has ‘unfinished business’ after walking in first Test

Prisoners’ lives are being put at risk by officers not wearing...