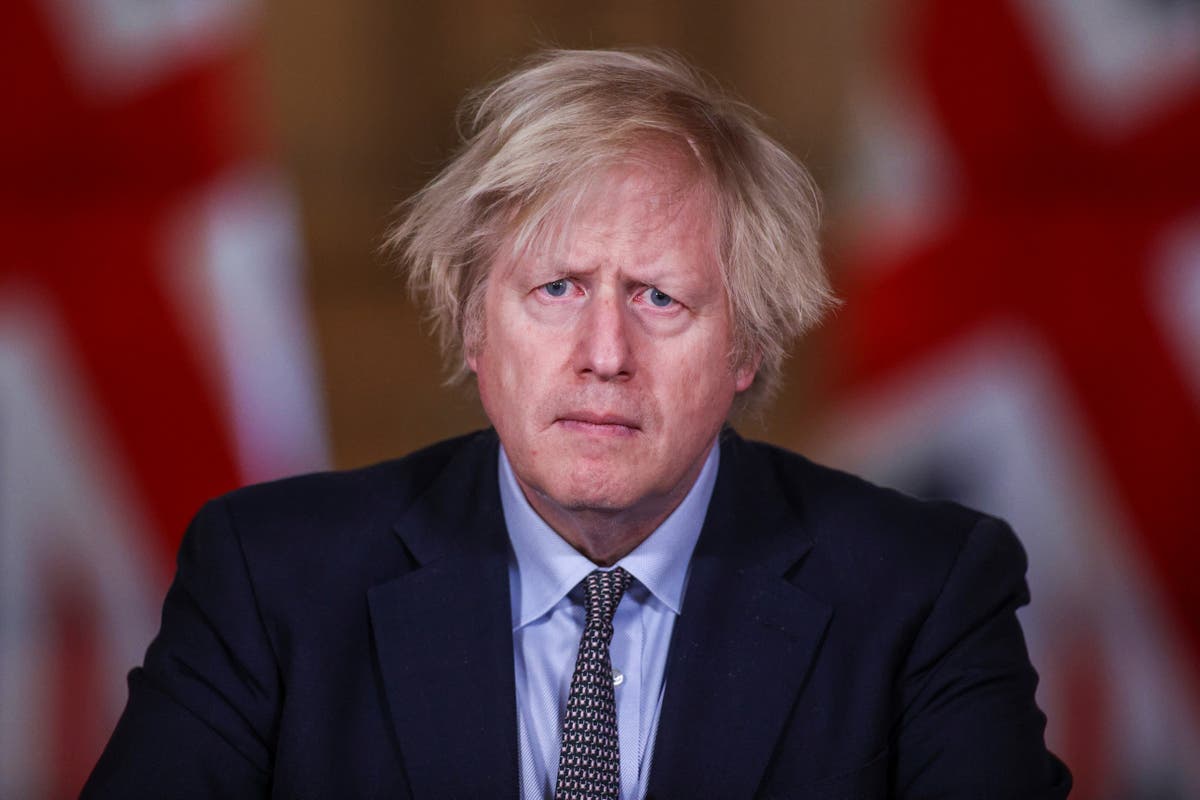 oris Johnson hailed the “courage, discipline and patience of the nation” in an address on the anniversary of lockdown.

At a press conference from Downing Street he said the country is “step by step, jab by jab” on the path to “reclaiming our freedoms”.

He also said that “at the right moment” a permanent memorial to those who died from coronavirus will be built and the “whole period” will be commemorated.

The country has endured a year-long “epic of endurance and privation” since the first coronavirus lockdown, Mr Johnson said amid warnings that another wave of infections is inevitable.

Boris Johnson thanks nation on anniversary of first lockdown

Mr Whitty warned there would be “bumps and twists on the road”, possibly including the emergence of new variants and shortages in vaccine supplies.

However the success of the vaccination rollout meant that when a new surge happens, it will be met with a “wall of vaccinated people” which will significantly reduce the ratio between the number of cases and the resulting death toll.

It came as people across the UK took part in a minute’s silence to remember Covid-19 victims after a terrible 12 months.

MPs and peers in both Houses of Parliament and ministers in the devolved nations marked the anniversary at midday, while NHS and social care workers also joined the pause for reflection.

The Queen reflected on the “grief and loss felt by so many” as she paid tribute to the service of health and care workers in a message to St Bartholomew’s Hospital where the Duke of Edinburgh had heart surgery.

At the Downing Street press conference, Mr Johnson said: “For the entire British people it has been an epic of endurance and privation, of children’s birthday parties cancelled, of weddings postponed, of family gatherings of all kinds simply deleted from the diary.

“And worst of all, in that time, we have suffered so many losses and for so many people our grief has been made more acute because we have not been able to see our loved ones.”

The Government said a further 112 people had died within 28 days of testing positive for Covid-19 as of Tuesday, bringing the total by that measure to 126,284.

Mr Johnson said: “At the right moment, we will come together as a country to build a fitting and a permanent memorial to the loved ones we’ve lost and to commemorate this whole period.

“For month after month, our collective fight against coronavirus was like fighting in the dark against a callous and invisible enemy until science helped us to turn the lights on and gain the upper hand.”

Ahead of the No 10 press conference, Prof Whitty told local health leaders: “This is a sad day, really.

“There will definitely be another surge at some point, whether it’s before winter or in the next winter, we don’t know.

“Variants are going to cause problems, there will be stock-outs of vaccines and no doubt there will be multiple problems at a national level but also at a local level – school outbreaks, prison outbreaks, all the things that people are dealing with on a daily basis.”

“The concern at present is that in countries where there’s less vaccination and a very strong third wave, that’s the perfect breeding ground for further variants of concern,” he said.

“So, at this point, Britain has got its act together, the concern is as this third wave is going on elsewhere, that will generate new variations.

“Even within Britain there is a likelihood of a third wave in potentially July and August time, when we do unlock society.”

Mr Johnson has warned that a third wave of cases building in Europe could “wash up on our shores”.

Photo of Philip, Queen and great-grandchildren released before funeral

PM must approve indyref2 sooner rather than later to win, claim Scottish Greens

Avian influenza confirmed in 4 states, here is all you need...