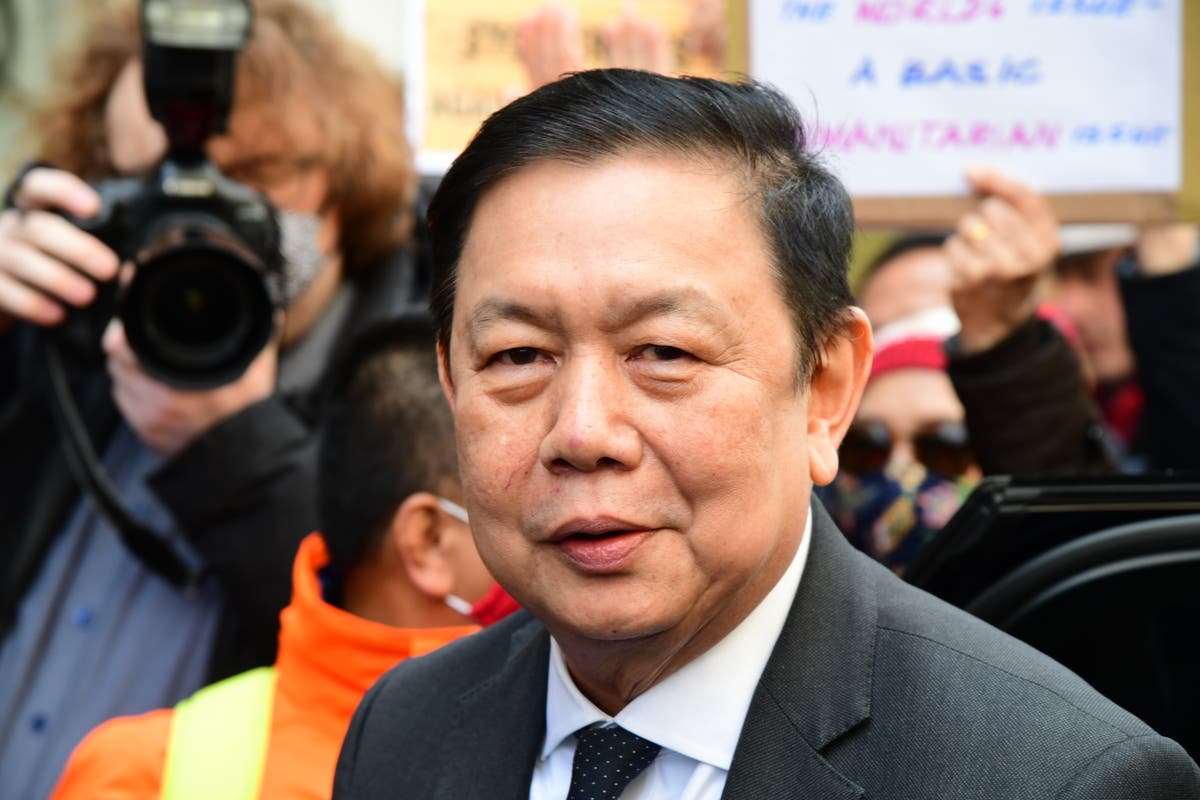 Foreign Secretary Dominic Raab condemned the “bullying” Myanmar regime for their response to Kyaw Zwar Minn after he criticised the military coup.

Kyaw Zwar Minn said he spent the night in his car having been locked out of the embassy in Mayfair central London, on Wednesday.

Following talks on Thursday, the Foreign Office said: “We condemn the way the Myanmar military in London barred their ambassador from entering the embassy yesterday (Wednesday) evening.

“We pay tribute to the courage of Kyaw Zwar Minn in standing up for the people of Myanmar.

“Given the bullying behaviour towards Mr Minn, we are seeking to ensure he can live safely in the United Kingdom while he decides his long-term future.

“We continue to call for an end to the coup in Myanmar and a swift restoration of democracy.”

The UK will also host an event on Friday for United Nations Security Council members to hear views on what is happening in Myanmar.

Kyaw Zwar Minn alleged the embassy was “seized” by the military attache in an “unacceptable and disrespectful” act against Myanmar’s people and the UK.

Kyaw Zwar Minn said he still believed he was ambassador but when it was put to him that the Myanmar state had declared he was no longer their envoy, he said: “I haven’t got that information yet.”

The diplomat had called for the release of Aung San Suu Kyi Myanmar’s elected leader who was detained in the wake of the military seizing power in a coup on February 1, a move which has sparked weeks of protest and a retaliation from the regime resulting in bloodshed.

Prime Minister Boris Johnson has condemned the ousting of the elected government in Myanmar and criticised the “unlawful imprisonment of civilians” after Ms Suu Kyi was detained.

Myanmar’s military has since violently cracked down on opponents, with security forces reportedly killing hundreds of protesters and bystanders.