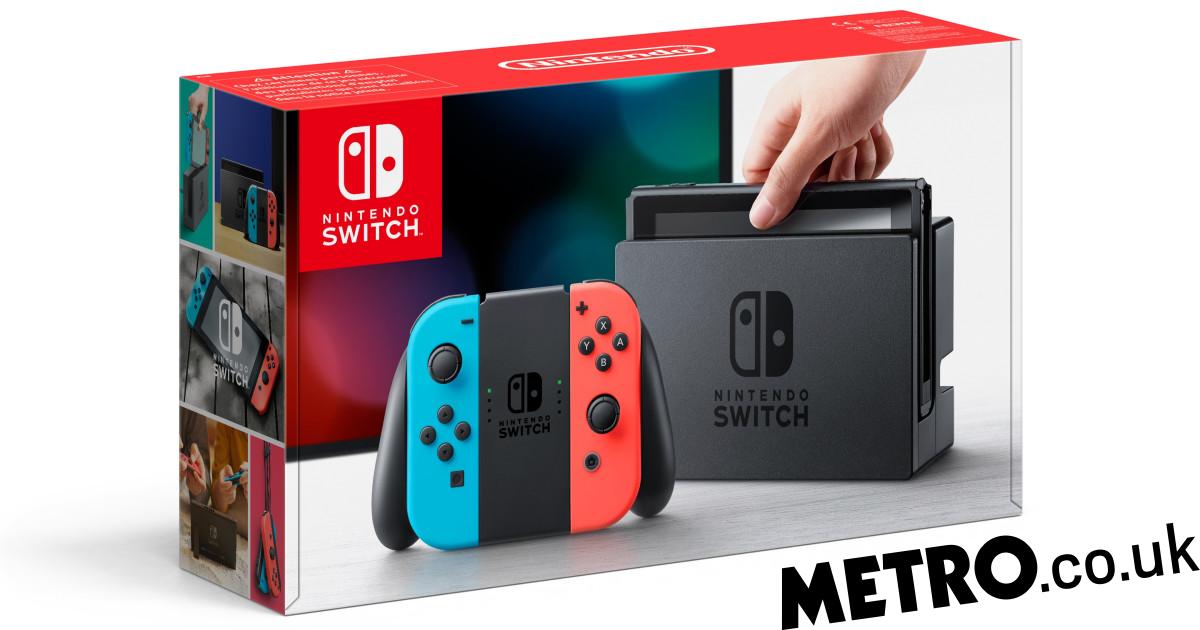 To join in with the discussions yourself email gamecentral@ukmetro.co.uk

The secret
It really is amazing how well the Switch has done, despite basically only having one big game last year. The thing I take away from this, beyond Nintendo’s eternal ability to find success just doing its own thing, is that it underlines the importance of first party exclusives.

The Switch would be nothing without Nintendo’s games, almost literally, and yet with them it’s on course to be one of the best-selling consoles of all time. Sony realise this and have been slowly building up their studios over the last several generations, their plan coming to fruition during the time of the PlayStation 4. And Microsoft… bought a bunch of companies.

Lots of publishers like to copy things Nintendo do but the only thing they need to remember is this one thing: it’s all about the games and nothing but the games. Sony get this, Microsoft are slowly learning, and Google, Amazon and the rest haven’t got a clue.

I say all this as someone that doesn’t actually own a Switch but I have to admit that the other thing that attracts people to a console is success, and the fear of missing out, so I’m thinking of giving it a go. Can readers recommend any bundles though? Nintendo themselves have some deals but I’m guessing they’re not the best place to buy one.
Stromberg

Legal Nemesis
I don’t like the sound of anything in that Warner Bros. Nemesis system story. So Warner are able a very broad gameplay idea, that anyone should be able to use and then… proceed not to use it in any of their games, not even a sequel to the one that invented? I believe that’s called patent squatting.

Imagine if Nintendo had patented jumping on someone’s head or id Software (now part of Microsoft) had patented shooting people in first person? I don’t see how they’re any less specific then having an enemy remember you again later.

The worst thing is Warner are a big company and most developers are probably going to not even try to do something similar for risk of being sued. And what the hell happened to Shadow/War Of Mordor anyway? I though they were successful? Where’s the sequel or is that Nemesis system truly going to go to waste.
Rocky12

Policy fault
I just wanted to share my recent experience of replacing a faulty Xbox Series X. The fault with the machine appears to be when trying to run games with ray-tracing. Whenever I try to play The Medium or Watch Dogs: Legion the machine will crash and turn off within a minute of playtime. However, it will run last gen games, including upgraded games, without any issues.

When researching the fault it appears that many people suffered similar problems with the latest Call Of Duty, with forums suggesting turning off ray-tracing and 4K to resolve the issue. While this solution might work, surely it defeats the object of your shiny new console? I would suggest getting into contact with Microsoft and getting your probably faulty machine replaced.

Now, onto Microsoft’s return policy. They want you to ship the console back to them and they will provide a printable label to send it back. Once they received the machine they will send you a replacement. Meaning not only will you be without your lovely new console for a few weeks but you are expected to pack it safe and securely out of your own pocket. The second option is for them to send a replacement and then you use that packaging to send yours back but here’s the caveat you have to have a spare £474 in your account which they will put on hold (meaning this money is not available to you) until they receive back your broken machine.

Now, I feel this is not a great service from Microsoft. For example, after the launch of the PlayStation 4 I had a similar issue and Sony sent me a replacement by courier with packaging to return the broken machine straight away. Also, they offered a free game as compensation, even if it was Knack (my kids enjoyed it at least).

So Microsoft, perhaps you could look into improving your returns policy so that people can get their machines replaced straight away, without being left without a console unless they have nearly £500 that they can live without for a number of weeks.
Phil Meller

More wealth than you could imagine
Just saw video of GoldenEye 007. Ended up going on YouTube because there was no sound on GC, would love that game to come out on next gen. I remember being a 14-year-old going round me brothers on a weekend to play that game. Let’s hope they can do something to bring it out.

Also, GC, I’ve seen the word going round that Xbox might be buying EA. Just wondering, how much do you think it would cost to buy the big three, as in Bungie, Activision, and EA?
David

GC: What had no sound? The video had sound. We had a story on the EA buyout rumours last week.

PC generation
@Lumpy. If you can, I’d wait for a next gen console to play Cyberpunk 2077. It’s a lot more stable now but on the lower end consoles I get the impression that the experience can be patchy. I can only speak for the PlayStation 5 really, but on that it’s a good experience now.

It’s a next gen game, so I’d hang in there for the next gen console. It’ll give you something to play on it for a start!
Matt (he_who_runs_away – PSN ID)

The future is now
I picked up the Stadia Cyberpunk 2077 on a deal before Christmas. Game plus controller and Chromecast for £50. Expectations were not particularly high for the success of a streaming platform, as I had no confidence my internet connection would be fast enough (25mbps, Wi-Fi only). As a Switch-only gamer, this was the only way to buy into the much-hyped game without a larger outlay on a new console or PC, so I took the plunge regardless.

I have been hugely impressed with my first experiences of cloud gaming. Bar a few occasional audio blips, most play sessions have been excellent, and I have been able to forget that the game is streaming at all. I have admittedly been playing only single-player titles though so any latency may be more noticeable on competitive games. Have any other GC readers had much experience of this?

I am now massively encouraged by this for the future of multi-platform gaming. With Amazon, Google, and Apple all acquiring game studios in additional to the usual players, some form of subscription model to dip into one game at a time seems ideal to be able to play all the games you want. Normally I miss out on exclusives because I don’t own a £400+ plastic box. I hope Sony and Microsoft offer a more refined streaming service as the technology improves further.
i.e.mcr (NN ID)

Radio Ga Ga
To the person who mentioned the Sound of Gaming the other day, thanks for the heads up, it’s a really good listen.

I still consider myself well young (in the Radio 2 age bracket) and 30 years ago I could not have imagined my future self listening to video game soundtracks on Radio 3 but I’m looking forward to the next episode.
John Atkinson

Yacht worthy
Marhaba GC and follow trusted readership. Hope all is well and we get through this precarious spell with renewed vigour.

I’m currently six hours into Cyber Shadow, a retro-flavoured indie game that I’ve been following since day one, and it has exceeded my expectations. In fact, it’s destined to become one of my favourite NES styled indie games in recent memory. Easily on par with Bloodstained: Curse Of The Moon and Shovel Knight (I’ve yet to play The Messenger and the Blaster Master Zeros).

Cyber Shadow looks and sounds exquisite, the level design is meticulously crafted and consistently challenging, the enemy, and especially boss designs, are as manifold as they are stirring, the weapon and ability systems are very satisfying, and the controls and platforming mechanics are space shuttle, airlock tight.

The only cons as far as I can discern are that it isn’t the most original game, and the lore is uninteresting from time to time.

As a love letter to the classic Ninja Gaidens, and to a lesser degree NES hidden gem Shatterhand, I think it’s safe to say it’s passed the modern retro test with flying colours. Frankly, it deserves to make the developer enough money to afford a nice sized yacht.
Galvanized Gamer

Inbox also-rans
I tell you what I don’t want to be the next Marvel game: WandaVision. Not unless they sold it as some sort of sleep aid.
The Colt

Talking about more Marvel games I wish those rumours about Marvel Vs. Capcom 4 would come true, I love that game.
Benson

This week’s Hot Topic
The subject for this weekend’s Inbox was suggested by reader Gannet, who asks what is your favourite video game genre and how do you hope it will evolve in the new generation?

What do you traditionally consider to be your favourite genre and why? Which games do you think are the best examples and how do they compare to other famous entries in the genre?

How did your favourite genre fare in the previous generation and does it seem to be getting more or less popular at the moment? What do you hope for in the new generation and have any games in the genre been announced or released yet?

Inside abandoned bunker with disturbing message left scrawled on the walls

NHS staff in tears in horrifying scenes of Covid wards

Madhya Pradesh government will give artificial hand to Krishna of Rewa...