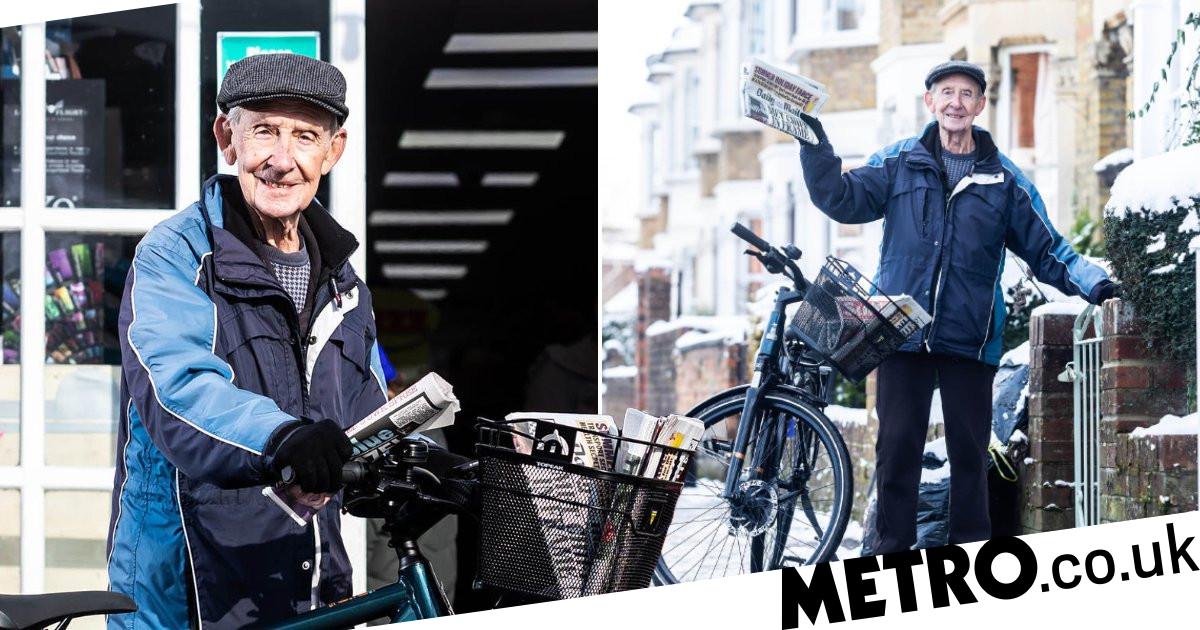 One of Britain’s oldest paperboys has decided to stay on the job after he was given an electric bike to help him on his morning rounds.

George Bailey, who hands out newspapers in Headcorn in Kent, said he has been given a ‘new lease of life’ with the e-bike.

The octagenarian first made headlines at the end of January and had been considering hanging up his paperboy sack and retiring from the 2.5-mile round.

Previously the trip was taking him around an hour a day and saw him getting up around 6am.

British cycling companies Raleigh and Evans Cycles have now stepped in to help.

They offered him a new Raleigh Motus Crossbar E-Bike, which will give him up to 250% of pedal power, and speeds of up to 15.5mph.

‘After celebrating my 80th birthday I was seriously considering whether it was time to now “hang up my boots” and retire from the paper round.

‘Knowing I can now continue doing what I love, with a little help from modern technology, is fantastic, especially on a Raleigh, a brand I’ve always admired growing up.

When he was 11 years old Mr Bailey picked up a paper round like many other boys his age.

But his return to the route as a pensioner puts him in rarefied company as certainly one of the oldest paperboys in the country.

Mr Bailey’s varied life has seen him work as a stockbroker, at manufacturer Unigate for nearly 10 years and on a local golf course.

Last month he celebrated his 80th birthday, an occasion made more special by getting the coronavirus jab just days before.

Michelle Jakeway, from Raleigh, said: ‘When we heard George’s story, we felt compelled to give him a little boost.’

Covid MAY have leaked from lab, says WHO lead investigator…now he’s left China

Lady Gaga’s French bulldogs recovered after being stolen during shooting

How secure is the privacy of WhatsApp messages? Janal Sangstha...