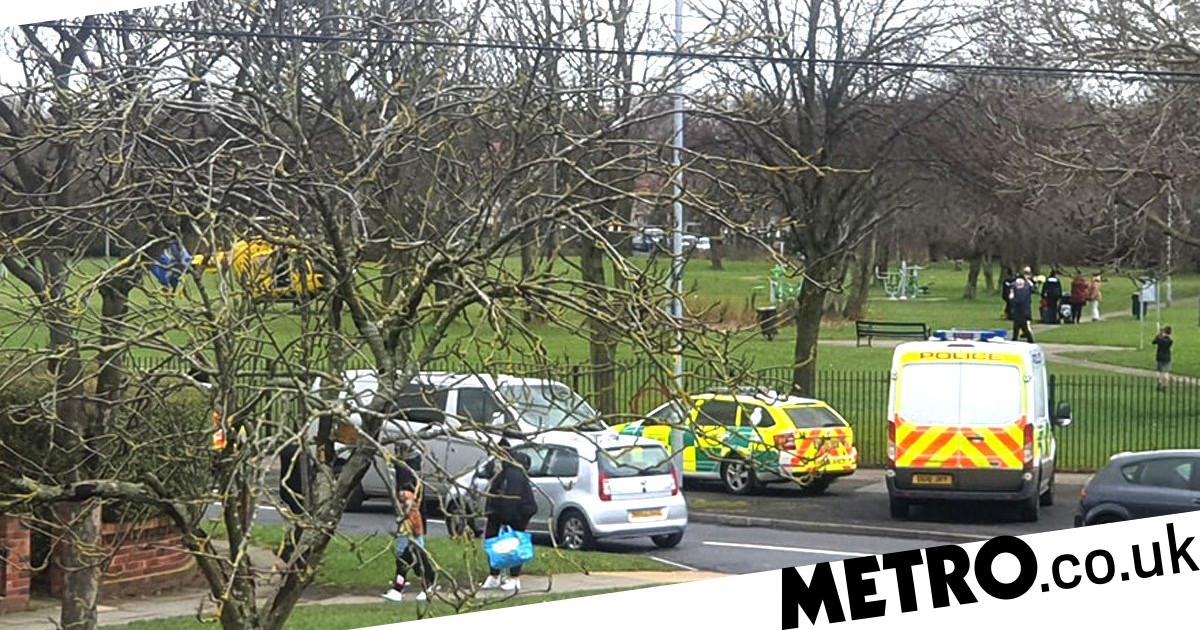 A 17-month-old boy has been rushed to hospital after being mauled by a dog.

The toddler had been playing on a swing at Marian Gardens in Netherton, Merseyside, when the dog attacked him, witnesses told The Liverpool Echo.

He was flown to hospital in an air-ambulance after the dog bit into his leg. His injuries are not life-threatening.

The dog was seized by police and its owner will be questioned. The police have not yet confirmed how the bite happened.

Owners can be prosecuted if their dog attacks or causes injury to a person or livestock as it could be considered ‘out of control’, Government guidance states.

Those who ‘let’ their dogs injure someone could be jailed for up to five years, face fines, and may also be banned from owning a dog again.

A spokesperson for Merseyside Police said: ‘Emergency services were called to reports that a baby had been attacked by a dog.

‘At around 1.25pm police received reports that a 17-month-old baby boy was bitten on the leg by a dog. The baby has been taken to hospital by air ambulance to be treated for a non-life threatening leg injury.

‘The dog has been seized and its owner will be questioned by police. Enquiries into the incident are ongoing.’

Meeting with the Vice-Chancellor of the Minister of Education! The...